Code-hopper Tiana Penitani says any rugby sevens stars looking to chance their hand in the NRLW will match it for skill but warned there are other elements that can't be underestimated.

Penitani took an 18-month break from the Australian rugby sevens set-up in 2017 after missing the Rio Olympics due to a knee injury.

Her return to elite sport came via rugby league last year when she was encouraged to get back into a team environment by Jillaroos flyer Corban McGregor.

Penitani became one of the success stories of the 2019 season – winning player of the tournament for NSW City at the National Championships before representing NSW and Australia.

NRL.com revealed last week several of Penitani's former teammates had expressed a desire to play in the NRLW this season after the postponement of the 2020 Tokyo Games.

Penitani said she was surprised at the timing but added "it was only a matter of time" that elite sevens players were looking to follow her lead.

"I didn't expect it before the Olympics but certainly that a few of them would look to jump codes and give the NRLW a crack after," Penitani told NRL.com.

"All the preparation and build-up leading into an Olympic Games is insane, nothing I'd ever been through before.

"It's heavy coming down after that, you feel a bit in limbo. Every year they've got a world series to win so there is some motivation there but effectively they're running on every year with a season and a two-to-three-year cycle.

"In rugby league you've got Origin, a Test match and the NRLW so you're running a 12-month cycle year-on-year, followed with a World Cup."

Penitani said the superior difference for rugby sevens stars like Charlotte Caslick and Ellia Green compared to NRLW athletes were the benefits of being on full-time training programs.

Penitani, who quit her full-time job last season to accommodate her sporting commitments on a part-time basis, treated her journey in rugby league as a "starting again" process.

"What I found interesting coming across was that rugby is a completely different game to rugby league, let alone rugby sevens, and that took me by surprise more than I thought," Penitani said.

"Some of the top tier girls have backgrounds in touch footy but that's a whole different game to rugby league as well.

"There are more people on the field, you have more on the field to think about and have to read numbers and the contact is different.

"I don't think it should be taken lightly jumping into the NRLW straight away. I think it would be better for them to play in the Queensland or NSW competition to get the introduction into rugby league.

"They might be a bit off the pace in terms of understanding where they are in the game but I have no doubt they'll carve it up physically skill-wise, speed-wise and strength-wise.

"They've got the privilege of being in a full-time program so are fitter than anything." 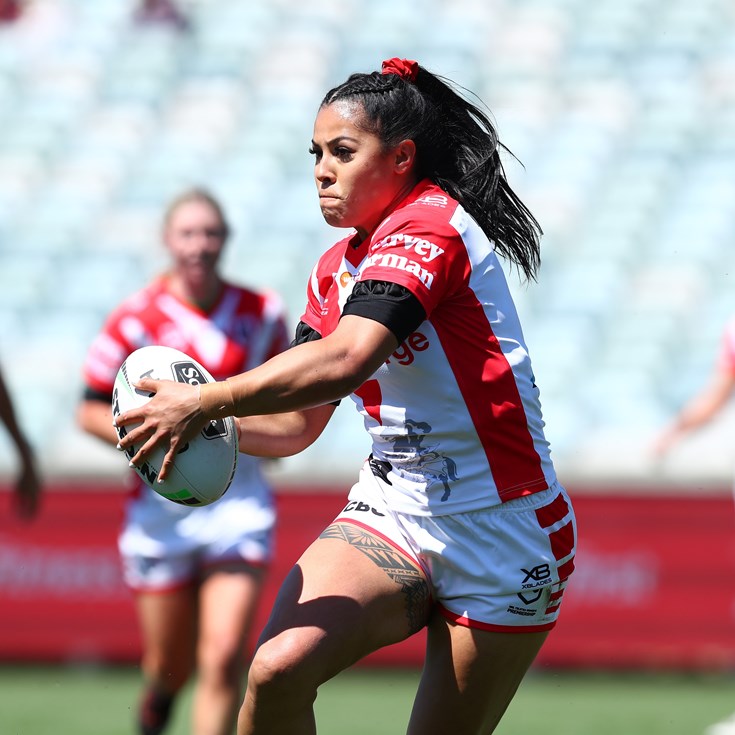