The great West Indian fast bowler Michael Holding said recently he was looking forward to the day when black lives matter just as much as white lives.

I wish for the same future, but it will only come in Australia on the back of education, leadership and facing up to our true history.

I got approached by the NRL ahead of Indigenous Round to speak in a video about my own experiences with racism, as Holding did, and how we can move toward equality between Indigenous and non-Indigenous Australians.

I said I’d be honoured because that issue needs to be addressed across the entire community.

I spoke about my own encounters with racist attitudes at the Broncos in the early years, and it was an emotional experience.

When I was talking about it I hoped people at the club didn’t think I was trying to make them look bad.

It was a different era back then, but on the flip side of that there needs to be recognition of racism in Australia. It exists and no one can deny it.

I loved Holding’s calmness in speaking about his experiences with racism when he went to play cricket in England, not on the field but from the crowd when he fielded on the boundary. He was also forthright.

While speaking about the murder of George Floyd in the United States he said his attackers "did not care that it was another black man that they had killed".

The NRL has the "Pass Back. Move Forward." theme for Indigenous Round and that highlights why we need to understand Indigenous history and culture, along with the history of Australia, in order to have a bright future.

Australia was not settled peacefully. It was a takeover of Indigenous land.

What happened on the frontier was a war even though there is a segment of people who won’t accept that.

They still think what the English thought back then, that Indigenous people are sub-human.

But there is a reason why Pemulwuy is one of our people’s most highly regarded freedom fighters and warriors, and why he was shot dead in 1802.

I haven’t got a tattoo but I once thought about getting one of Pemulwuy because he is a hero of mine.

A lot of people say "that happened back then" but I say "take yourself back there with someone who knows about our history and come on a journey forward, and then you might get an idea of why things are the way they are today".

If you brush what happened back then you won’t understand the inequality that exists now.

I admire guys like Latrell Mitchell and Timana Tahu because they have been leaders in standing up to racism.

If we say nothing and don’t call it out we will get no progress, but they are dignified in the way they go about it.

Steps forward and back

We have taken steps forward and back. The Reconciliation Walk across the Sydney Harbour Bridge in 2000 and apology by former Prime Minister Kevin Rudd to the Stolen Generations in 2008 were more than symbolic gestures.

The day of his speech I rang my children's school and said that they would be late because I wanted them to stay home and watch it.

Those moments were evidence of change, but unfortunately we have regressed since then.

The re-emergence of One Nation is a bad sign that racism is not only being tolerated but also embraced by a segment of society.

The attacks on Mitchell on social media also reflect a vocal section of society that holds racist views.

My mum and dad led the way

I was an Aboriginal boy going to a mostly white primary school in Murgon.

Next door was the Aboriginal community of Cherbourg and they came across to high school in Murgon. In a way we were on the fence between both cultures.

My dad Charlie was a wonderful example to me of leadership and standing up for his people.

He was the liaison between any Aboriginal people getting arrested and the police, until Monday court when the legal aid solicitors would come from Brisbane.

Two of them were former Queensland Premier Wayne Goss and Terry O’Gorman, the president of the Australian Council of Civil Liberties. They would have morning tea at our place while waiting to go to court.

Dad always spoke up and acted when it came to racism and inequality. At the time Joh Bjelke-Petersen was the Queensland Premier and our local MP.

My dad would say Joh was an out-and-out racist and he would talk about Aboriginal deaths in custody and how our people were getting belted up in the local jail, and across the state.

I still remember when Bjelke-Petersen got sick and my dad said "I actually feel sorry for the old fella", so that was the type of man he was. Yes, he stuck up for his people and had no time for Joh but still had compassion for him when he was on his death bed.

Dad would have his say but our family are not aggressors. We don’t openly look for conflict but he was very much a leader, not just for us as a family, but also the Indigenous community of Cherbourg and Murgon.

Holding's situation growing up was similar to mine. I don’t remember encountering racism much as a kid.

Australia was not settled peacefully. It was a takeover of Indigenous land.

My mum Nerida was like the mother hen with 12 kids and a strong lady. She was there solely for us and shielded us from a lot of things.

When we would come home and complain to Mum, she would say "ignore them, they are talking rubbish", so we’d just brush it off.

She taught us about the need to resilient and dignified at the same time. It is a great lesson.

Bennett and my own journey

I had a chat to Wayne Bennett by phone when I was halfway through my career at Wigan.

I hadn’t been across Aboriginal issues too much at that stage, but I remember him saying to me "you will find your niche Steve and be a great Aboriginal leader".

I didn’t really see it at the time, but with the work I do now with Deadly Choices we are leading in that health space.

It is not just about the immediate health of Aboriginal people, it is around prevention so that our young people won’t have the problems our elderly do now.

It has been generational and passed down through history with sugar, alcohol and tobacco.

The inequality for Indigenous people occurs in two areas I have worked in the past decade – health and employment. I did a body of work for a company called Aurizon at employing Indigenous people and they backed me.

Health and education are the two areas that non-Indigenous people take as a fait accompli but it is not the same for Aboriginal and Torres Strait Islander people.

A lot to celebrate

There is a lot of good history too and it is important to celebrate that. A lot of that revolves around sport. Frank Fisher was an Aboriginal trailblazer from Cherbourg. They now call him the "black Wally Lewis".

Lionel Morgan was the first Indigenous rugby league player to represent Australia. I first met Uncle Lionel in the early 1990s when I was playing Origin and I still have a photo of us in a scrapbook.

Arthur Beetson was a proud Indigenous man and is a rugby league Immortal.

I listen to Wally Lewis and Gene Miles speak about him and it gives me goose bumps. Wally will always be "The King" but they both speak about Arthur as though he was God. 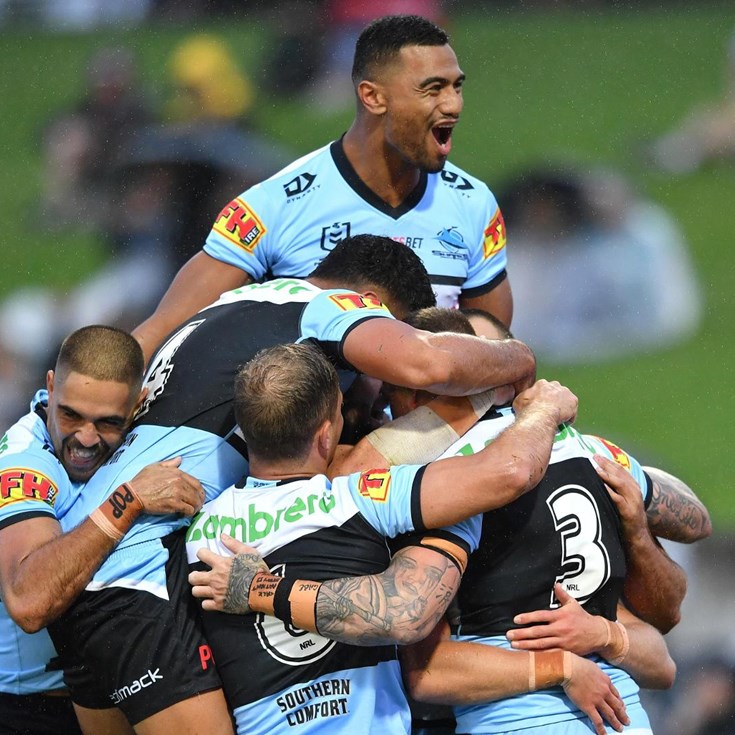 Presented By Telstra 19 mins ago