Sydney Roosters centre Joey Manu has welcomed the challenge from coach Trent Robinson after Saturday’s 18-12 defeat of Gold Coast at the SCG to “search for greatness”.

Manu was the star of the match, running across the field to make a try-saving tackle on Titans winger Phillip Sami and scoring his side’s only second-half try, but Robinson believes he could have done more.

“Joey Manu was best on field today and he was an eight or a nine [out of 10] but he needed to turn it into a 10,” Robinson said. “That is the attitude I want. I want them to learn a lesson about the fight in their mind to take it to another step.

“I was really, really happy with him but I want him to understand how to dominate a game just that bit more.”

“That’s the good thing I like about Robbo, he is always searching for more,” the New Zealand international said. “As a player I want that for myself just to search for greatness.

“I definitely thought I could have improved in the back end of the game. I thought I was going good but it wasn’t a great game. My effort slacked off in the last couple of minutes and there were a lot of things I think I could have worked on.

“That is what these rounds are for, practising to get ready for the back end of the season.”

Robinson was disappointed that the Roosters allowed the Titans the opportunity to force the game into extra time after taking an 18-6 lead midway through the second half.

“We were happy to stay in the moment we were in, we needed to make a mental choice that became a physical choice to turn that game and to make it 24-6, and shut the game down and finish it off. That wasn’t good enough. That’s the bit that I’m unhappy with.”

He noted that Manu had thrown a forward pass to winger Matt Ikavalu but praised him for the chase on Sami and scoring from a Luke Keary bomb after leaping above the defence and pushing off Titans players before forcing his way across the tryline.

“To go from right centre to save a try in the left corner was a magic moment and he made that kick,” Robinson said.

“There wasn’t really anyone else who was going to make anything happen on that last tackle. Joey made it happen, he dragged it in and put it down.”

Manu to the rescue again for the Roosters

Manu said: “It was good to save that try. That is what we do here at the Roosters, we want to come up with those plays. For me, it felt good but I was tired afterwards.”

After growing up in New Zealand watching Sonny Bill Williams star for Canterbury, he is looking forward to playing alongside the dual-code superstar after he completes his 14-day quarantine.

“Sonny and Benji Marshall were the top of New Zealand rugby league. He is one of those guys you looked up to so it will be good to see him here and have a chance to play next to him,” Manu said.

Tedesco sets up Aubusson down the blindside

With a five-day turnaround before the Roosters' next match against St George Illawarra at WIN Stadium on Thursday night, Robinson indicated that he wasn’t expecting many of the team’s injured brigade to return.

Captain Boyd Cordner and the Morris twins, Josh (calf) and Brett (back) were the only possible additions.

"I’m counting on no one and if I get someone that will be a bonus,” he said. “I’m thinking that will be the same team that will go out and play again.” 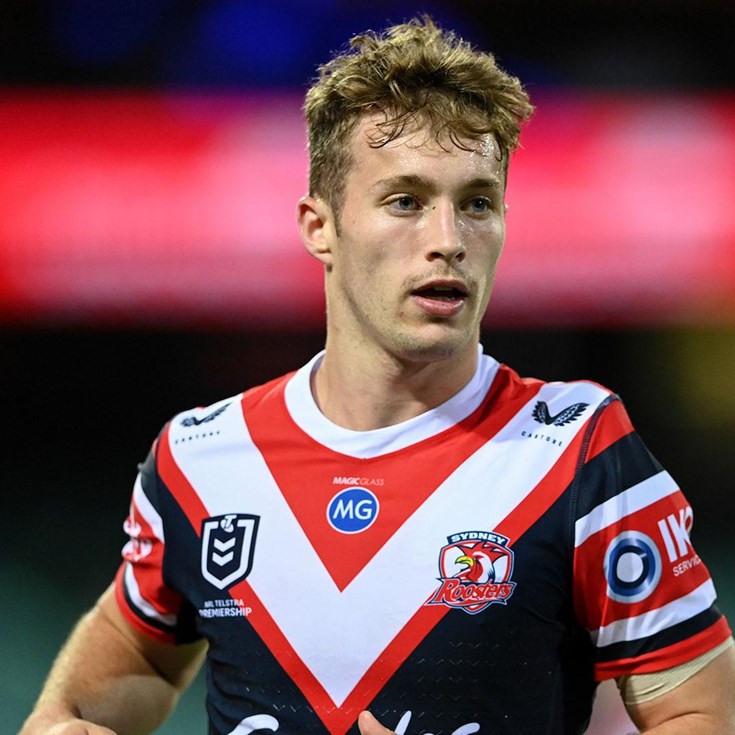