Penrith's premiership success in the lower-grade systems during the past five years is set to act as a catalyst to help the NRL side stay composed and kick on towards the 2020 finals series.

The Panthers will enter a third week on top of the Telstra Premiership ladder and are showing no signs of slowing down after a comprehensive win over the Sea Eagles last weekend.

However, some critics will question whether the Panthers have enough improvement left in them to beat perennial finalists the Roosters and Storm on the biggest stage come October.

The development club have again been the benchmark for producing local talent this season with the emergence of Charlie Staines and Stephen Crichton the latest success stories in Sydney's west.

Ivan Cleary blooded nine debutants during last year's tumultuous campaign including Crichton and Brent Naden, both of whom have developed into first-grade regulars this season.

Of the Panthers' 21-man squad to host the Raiders on Saturday night, 17 are considered local products after making their NRL debuts with the club.

Three of the remaining four players – James Tamou, Api Koroisau and Zane Tetevano – have each won premierships with rival clubs while Josh Mansour has made eight finals appearances.

Back-rower Liam Martin has come through the development system since arriving from Temora and believes the four-year period of success for most of the squad will hold them in good stead come finals time.

The retention of assistant coach Cameron Ciraldo and development manager Ben Harden over the years has also enabled the emerging talent to stay connected to past mentors.

"This is probably the tightest group I've ever played with," Martin said.

"We feel like we can pretty much match anyone. We know teams will be out to go after us every week, but I think we are looking forward to it.

"I think 11 of us were playing in the under-20s grand final in 2015 and 2016, so to come through and play together has been a massive part of being so tight.

"A lot of the boys grew up together playing local footy and lower grades. We've all played together as a team, so when it gets to those big games, we won't want to let each other down.

"I think it will go a long way later in the year."

Tetevano, who tasted premiership glory with the Roosters in 2018 and made the move to Penrith at the start of the year, can see similarities between his new side and the two-time defending premiers.

"There's definitely the same traits. It all comes down to work ethic and sticking to principles to the way we play," Tetevano said.

"The boys want to improve, they're a young group but bring a lot of energy around the place. I can see some good things coming." 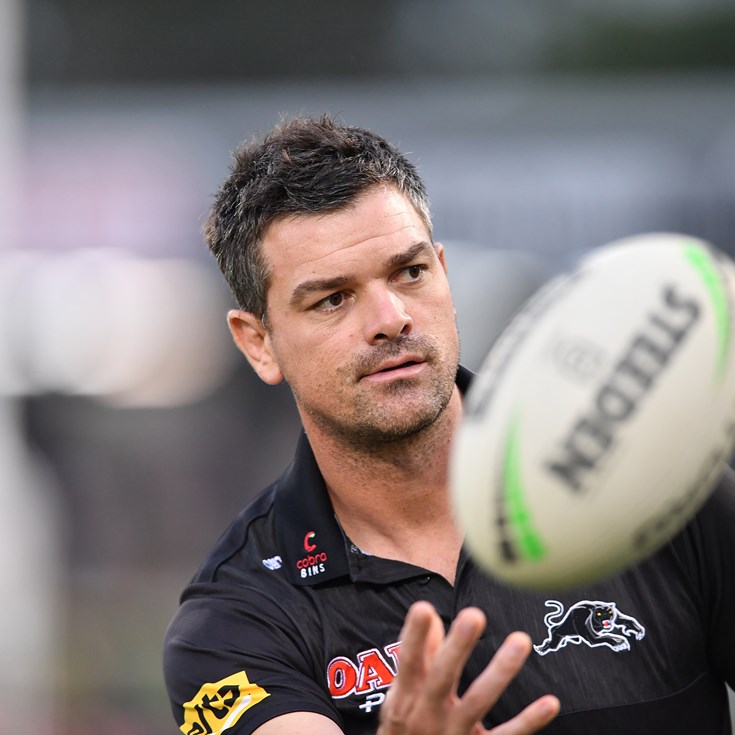