Kevin Walters says the "exciting and brilliant work" of Storm tyro Tino Fa'asuamaleaui has him in the frame to make a stunning State of Origin debut in November.

The 20-year-old forward has been on fire mostly off the bench for the Storm this year, averaging 127 running metres and 23 tackles per match with coach Craig Bellamy picking him in all 12 games.

In a sign of what is ahead though, Bellamy gave Fa'asuamaleaui a full game in round nine against the Raiders in the second row where he more than held his own against a rugged Canberra pack.

The former Queensland under 20s representative has been monitored by the Maroons coach closely and the reports have been glowing.

"Of course Tino can play Origin with what he is showing in the NRL. He is in a great system, is very well coached and has some great players around him who are nurturing him as well," Walters said.

"He came into the Melbourne Storm team last year and has moved ahead in the right direction this year with what he has been showing us on the field.

"From all reports his off-field work is equally as exciting and brilliant."

The Maroons are eyeing off their next generation of forwards after the retirements of regulars Matt Scott, Sam Thaiday, Nate Myles and Corey Parker in the past four years.

Queensland great Petero Civoniceva, who has also been on staff with the Maroons in recent years, has also been impressed with 24-year-old Roosters powerhouse Lindsay Collins who has been in Trent Robinson's team in all 12 games at starting prop or off the interchange.

"I like his aggression and work rate. He is a big body and very mobile and is someone who wouldn't look out of place in a Maroons jumper that is for sure," Civoniceva said.

"He has got all the capabilities and physical attributes that we need."

Civoniceva said he hoped Broncos duo Pat Carrigan and Thomas Flegler finished the season strongly to also give themselves a crack at a Maroons debut.

Flegler, who was brought into camp Maroon in February, had a barnstorming performance against South Sydney in round two but has not been at that standard since the game's resumption in round three.

Carrigan has been more consistent and as captain of Brisbane in a difficult time has impressed Civoniceva.

"Although it has been a challenging year for the Broncos I think Flegler, alongside someone like Patty Carrigan, wouldn't look out of place in the forward pack," Civoniceva said.

"I've liked the maturity of Carrigan for a young guy. Obviously he is only new in his career but the way he has led the Broncos through a challenging time and the effort that he puts in week-in and week-out has been impressive.

"If he can maintain his form for the remainder of the year you'd like to think he'd be up there with a chance.

"For a host of those young forwards this is a real opportunity as we come to the back end of the season to stamp their name in the selectors minds."

It is not just the young guns in contention to make their Origin debuts with Walters a huge fan of 30-year-old Roosters three-time premiership-winning hooker Jake Friend.

Incumbent rake Ben Hunt was the Ron McAuliffe Medal winner for Queensland last year, Wests Tigers number nine Harry Grant, currently injured, is also in selectors' minds, as is Eels hooker Reed Mahoney, who was part of the Maroons camp at the start of the year.

"Jake Friend hasn't played for Queensland yet at State of Origin level but he is in a good club and they are looking to go deep into the finals," Walters said.

"Whilst we have some younger ones ready to taste Origin, we have some older players like Jake that are looking to bust into the Origin arena as well so it is a great mix of youth and experience at the moment."

Walters said the poor seasons of the three Queensland clubs in the NRL had "no inkling on what is going to happen in November".

"What will be good is when we get them into Origin camp and in that arena. That is when they will come alive as such," he said. 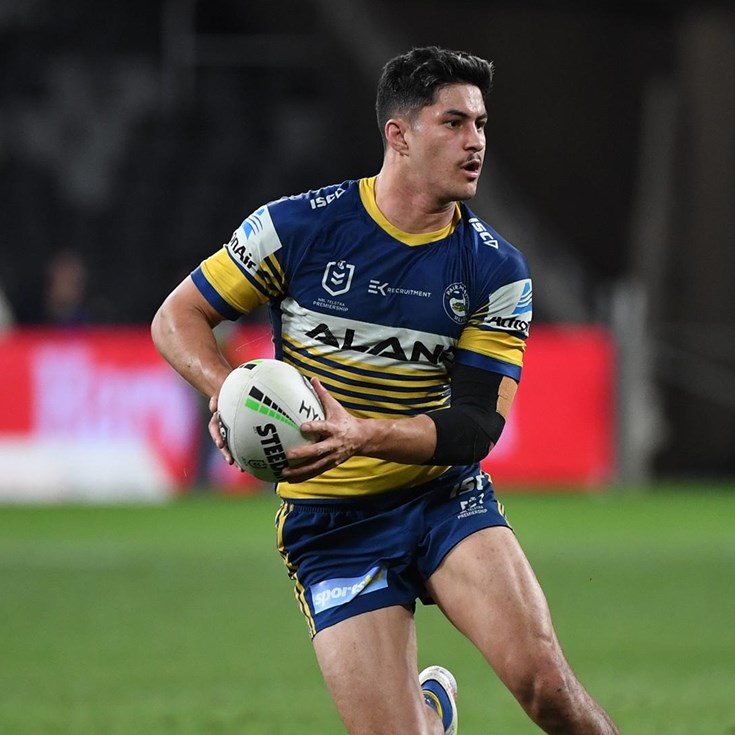 Presented By Go Healthy 10 hours ago

Lifelong Friend: Jake 'all sorted' to stay with Roosters

Predicted Origin squads, how they will be chosen and the new faces set for call up