Peta Hiku hopes to reunite with Phil Gould when Penrith's former executive general manager kicks off his stint as a consultant at the Warriors in 2021.

The former Panthers centre is off contract with the Warriors at the end of this year but would love to sign on for a fourth season and beyond.

The 27-year-old revealed his manager has been talking with a couple of other clubs but his preference was to remain a Warrior.

"I'm happy to stay here at the Warriors with the way everything has been going," Hiku said.

"With the head coach [Stephen Kearney sacking] and then COVID thing, I'd been talking to my manager about it all.

"Just the main thing for me now is to sort it out straight away and hopefully something does get sorted so I can focus on the footy this year.

"My family and my parents all live back there. I've got a daughter back there in New Zealand as well. So my decision is to make it easier on them."

If the Kiwi international gets his wish, then he knows what Gould is capable of achieving after working under him in 2016-2017 at the Panthers.

"Obviously you see what he did at Penrith. He knew what he wanted for the club, what he was aiming for," Hiku said.

"So he works hard to get what he wants. He's a man who knows a lot about the game so he'd be really good for us."

The appointment of Nathan Brown as the new coach in 2021 came on the same day Gould was given the job of sorting out the development and pathways at the Warriors, as well as setting up a players' academy – another of his achievements at Penrith.

"It’s exciting for us as a playing group knowing what's ahead for us next year," Hiku said.

"In saying that we've got a job this year before worrying about the next. It makes it easier knowing what the plan is for next year but we're all on board with what Toddy [interim coach Todd Payten] is doing at the moment."

Back-rower Isaiah Papali'i is not all that familiar with Brown's style but asked around to find out more.

"I haven't had much to do with him yet but I know Mason Lino at Newcastle said he's a very smart coach and knows the game well," Papali'i said.

"It will be exciting to see him in that head coach role next year."

On the immediate horizon is round 14 and Friday's clash with the Panthers in Gosford.

The Warriors, with wins over the Wests Tigers and Sea Eagles, are aiming for three in a row, a feat the club hasn't achieved since March 2018.

Papali'i was 18th man for the past fortnight but as 'ball boy' has had a ringside seat for what brought about those victories.

Every try from round 13

"From the outside in I've seen those opportunities in attack now where previously we'd get to that final pass, then poor execution would deny us those points on the scoreboard," he said.

"We're now putting more pressure on the opposing side rather than us."

He admitted Jack Hetherington's four-game suspension would be a big dent to their hopes, but newcomer Daniel Alvaro had settled in well.

Alvaro is also on a winning streak having played in the Eels' round-seven win over the Raiders and then the past two games with the Warriors. That's been his only football in 2020.

"I'd like to be playing a bit more footy but I'll take the undefeated record so far," Alvaro said. 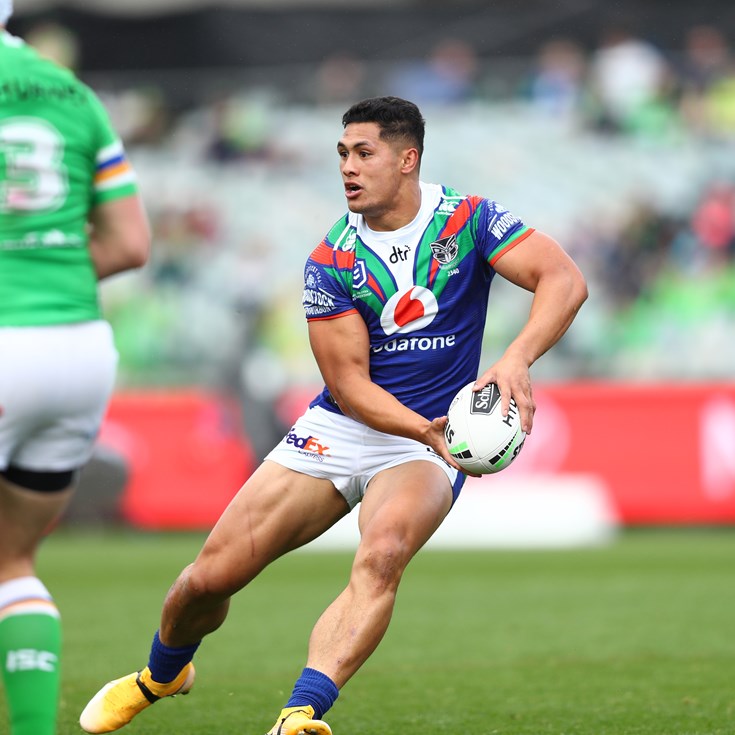