The Warriors' mission to deny Penrith a club record ninth consecutive win on Friday night has started sluggishly with interim coach Todd Payten giving the squad a serve after a poor showing at training on Wednesday.

Fresh after an impressive win over Manly, the Warriors held their second field session of the week but the departing coach was left far from impressed with their preparation leading into the Panthers clash.

The brutally-honest Payten will be chasing a response from his players when they train again on Thursday prior to the Central Coast fixture.

"I don't think it was anything to do with coming off a couple of wins but I don't think we concentrated well enough," Payten said.

"I thought we were a little flat as well from a physical standpoint.

"We didn't move very well and were quiet with our talk.

"I was pretty calm the first time we spoke as a group and then [they] got a little bit of a rocket the second time.

"It doesn't fill me with confidence but I know we have enough time to get ourselves right before we kick-off."

Payten was adamant the training concerns weren't related to signs the squad may be starting to show signs of fatigue after a gruelling three-month period away from New Zealand.

"We're certainly in a better space than six weeks ago in terms of mindset and belief," he said.

"All-in-all we're in a pretty healthy spot. I stressed to the lads they must look after themselves in terms of their sleep, wear compression gear if they need to, eat the right foods and hydrate well.

Warriors strive for a 'powerhouse' through Brown and Gould

"And then think about what they need to bring to the game. First and foremost, it needs to be that physicality because they (Penrith) can carry the ball really strong and get off the line really quickly."

The Panthers pummelled the Warriors 26-0 in their previous encounter back in round four at Campbelltown Stadium.

However, Payten was confident the Warriors were far better equipped to provide a tougher challenge and possibly knock-off the competition leaders.

"We haven't delved into that match too much, we've got a completely different squad," Payten said.

"We go in with a bit more confidence and belief. When you're playing like that, anything's possible.

"We're playing a team that are near at the top of their game. They haven't been scored against for the first 20 minutes of each match in 12 games in a row.

Why Warriors players are happy with Brown's new role

The Warriors sit two wins outside the top eight but face a difficult run home with clashes against top-four hopefuls Parramatta, Newcastle and Canberra over the next month.

Their own finals hopes are likely to be decided before the final few games of the regular season. 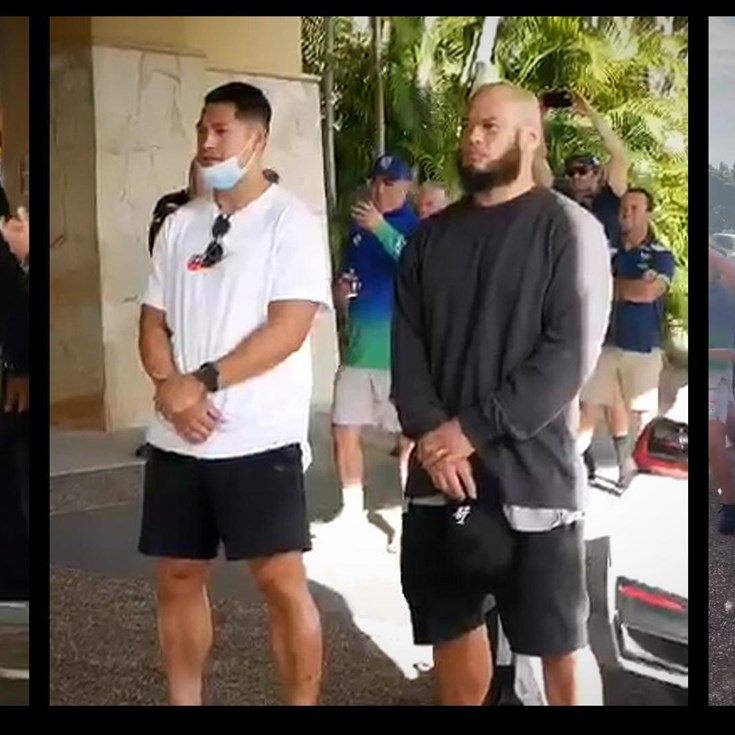