The 20-year-old rookie grew up playing for the Hornby Panthers, watching YouTube clips of Sonny Bill Williams and dreaming of following in his footsteps.

He will come off the bench for Brisbane against Canberra in the national capital.

"If it wasn’t due to injury he definitely would have made his debut before this weekend. He has had a lot of adversity to overcome this season," Broncos stand-in coach Peter Gentle said.

"He had an MCL earlier in the year. During the COVID break he went back to New Zealand and had to come back and spend two weeks in a hotel room by himself which he didn't handle real well.

"Then he had a syndesmosis [injury] with his ankle so he's overcome all that. He's been knocking on the door there so it is a real privilege to give him a go this weekend and the boys are right behind him."

Kidwell, who gave Riki a run in the Maori All Stars side he coached earlier this year, said he was "sure everyone back in Christchurch and at our junior club the Hornby Panthers will be watching him".

"Riki deserves everything he gets and has shown the persistence and resilience to finally make his debut. I know his mum will be proud, as am I because he played for the same junior club as myself," Kidwell told NRL.com.

"We love our rugby league down in Christchurch and I saw the potential in him as a 14-year-old coming through the grades.

"My mates back in Christchurch said ‘watch out for this kid’ and then I finally got to meet him at an awards night where he won the junior player of the year.

"To get a shot with the Broncos after going through all that stuff just shows how much the kid wants it.

"He was great for us in the All Stars and very excited to play, as I am sure he is now to make his debut."

"We'd bring him over to Australia four or five times a year to work with Jordan," Scanlan said.

How can struggling Broncos stop the rot?

"At an early age he always came to us with a really good work ethic and willingness to get better and while he was away from us in New Zealand at school he was diligent.

"Most kids in New Zealand want to be All Blacks but Jordan's mindset was that he wanted to play league."

The modern game should suit Riki with his mobility and ability to play in the middle or on an edge. Scanlan said he reminded him a bit of Canberra forward Joseph Tapine.

Talk to those who know the former Junior Kiwis skipper best and what becomes clear is he has a close bond with his mother.

His Maori heritage is also important to him, which Kidwell got to see first hand.

"I just told him to enjoy the moment and he was eyes wide open playing alongside his rugby league heroes like Adam Blair," Kidwell said of his Maori All Stars debut.

"He was like a sponge in that environment and I am sure he will take all his has learned into this game.

"Jordan is a really good person first and foremost and as a player, he runs a really good line in the back row and has good leg speed. He just has a go."

Papalii: Milford has been doing it tough

Riki is contracted to the Broncos until the end of 2021 and lives with captain Pat Carrigan, who said he was "excited" for his housemate to get a crack at the Telstra Premiership after shining with North Devils in the Intrust Super Cup last year.

The goodwill towards Riki from all who have crossed his path, including his Junior Kiwis coach Ezra Howe, is the measure of the young man.

"Jordan has sacrificed a lot leaving his home in Christchurch and moving away from his mum and his grandparents, who he is very close with, to chase his NRL dream," Howe told NRL.com.

"Coaching him with the Junior Kiwis and watching him compete against his peers you could see he was going to make his way to the NRL." 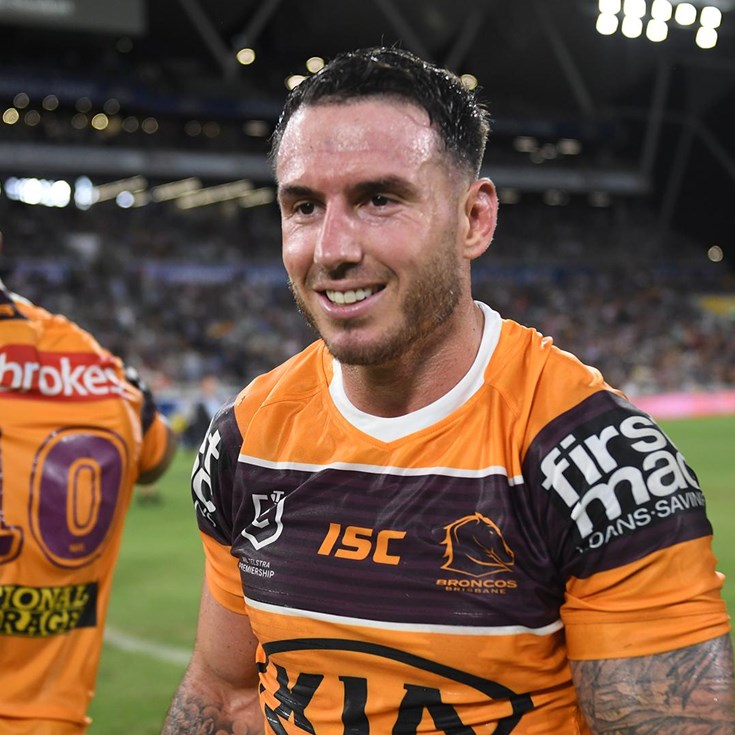 Broncos looking to send Darius out on a high