A few cracks have appeared in the Eels lately - a narrow win over Cronulla was followed by last week's upset loss to the Dragons - and they won't get a tougher test than the Storm.

Signs of complacency surfaced in both those games, almost as though they were waiting for the opposition to fold.

Parramatta coach Brad Arthur will be crossing his fingers Blake Ferguson breaks out of his season-long try-scoring slump, while Mitch Moses and Dylan Brown have to bring their best.

Melbourne cut the Roosters to shreds last week, silencing the doubters who said they can't win without superstars Cameron Smith and Cameron Munster.

Coach Craig Bellamy will have his team primed for more of the same on Thursday night.

Eels: Parramatta will line up 1-17 with an unchanged side from the one which suffered a shock loss to the Dragons last week. The Storm have outscored the Eels 96-10 in their past two clashes.

Will Smith and Brad Takairangi were omitted from the extended squad 24 hours before kick-off.

Andrew Davey and Haze Dunster were the final cuts an hour before game time.

Storm: With prop Jesse Bromwich suspended, Nelson Asofa-Solomona comes into the starting side and Darryn Schonig is promoted to the bench.

Jahrome Hughes was ruled out on Wednesday with a groin injury and his place is taken by Cooper Johns, who will make his NRL debut.

Marion Seve and Chris Lewis were the last two players cut an hour before kick-off.

Winger Josh Addo-Carr has scored five tries in his past four games against the Eels.

Clint Gutherson v Ryan Papenhuyzen. Gutherson leads Parramatta with his actions and the fullback's hard work was evident last week as he set a new record for the most run metres ever recorded in a match with 369.

His opposite number Papenhuyzen has become an elite custodian in 2020, with his speed and attacking instincts vital parts of the Melbourne machine.

The Eels are under pressure to prove they have moved on from last year's twin thrashings at the hands of Melbourne. In their only regular-season meeting of 2019, the Storm scored an eye-popping 11 tries in a 64-10 rout of the Eels.

When they squared off four months later in the finals Melbourne had their way again, knocking Parra out of the premiership race with a 32-0 shutout. 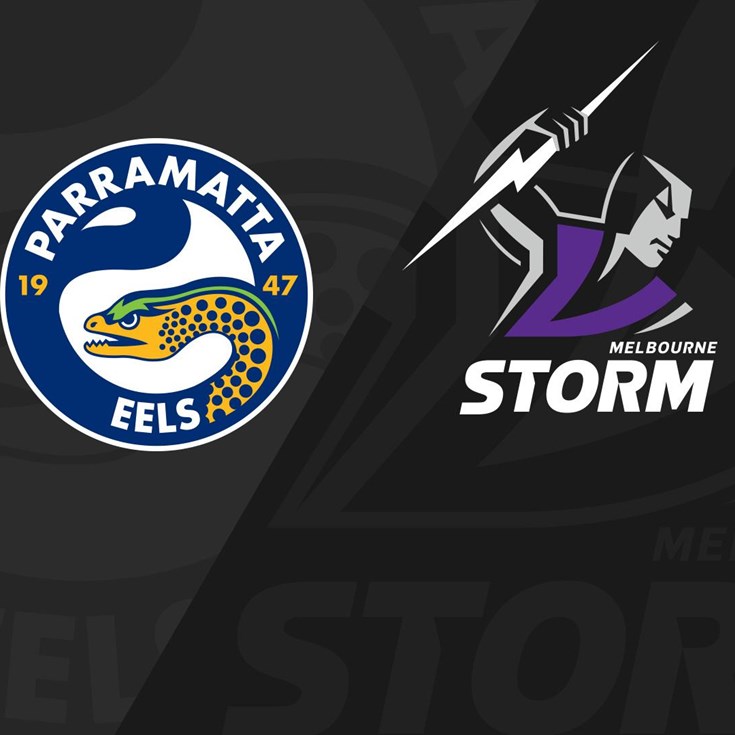 Eels hit back at premiership doubters