Nathan Cleary has spent the past two Augusts managing the aftermath of a gruelling Origin series and preparing for sudden-death football leading into the finals.

Penrith's remarkable climb to the top of the Telstra Premiership ladder is new territory for most of the side but none more so than Cleary, who will hold the key to the side's title chances in October.

A knee injury hampered the 22-year-old playmaker during the club's 2018 finals run, where he also acknowledged the physical and mental drain his first Origin series had on him.

It was a similar notion in 2019 with an ankle injury Cleary suffered in Origin II compounding the Panthers' poor start to the year before undergoing toe surgery in the off-season.

However, Cleary is adamant the postponement of this year's interstate series was part of the side's recent success with players under the club's watch on a weekly basis.

"I definitely feel a lot fresher than in previous years," Cleary told NRL.com.

"There's no doubt Origin takes a toll on you mentally more than you probably think and gets a bit hectic so I am relieved it was pushed back and has allowed us to just focus on club footy.

"I was talking to Sauce [Josh Mansour] the other day and asked him if he'd ever been in this position before and he said not for a long time.

"For every season I've been in first grade we've got to this time of the year where the team is coming off the representative period and we need to win every game to get into the finals.

"You can't measure what sort of effect that may have on a player but I certainly feel a weight off my shoulders."

If not for his part in a COVID-19 breach in April, Cleary could've been a heavy favourite to snare the Dally M medal but lost six points as part of his two-week suspension.

On the back of Penrith's club-record 10-game winning streak, he may still take home the award but he doesn't buy into the talk about the side needing to suffer a loss before the playoffs.

"A lot of people are saying we need to drop a game but we're learning a lot of lessons out of wins and we shouldn't have to overthink it," he said.

"The pleasing thing is we've put a lot of hard work in since the pre-season around teamwork and that's what most of our wins have been based off.

"The common goal is there but we know there is a long way to go and we're not near our peak." 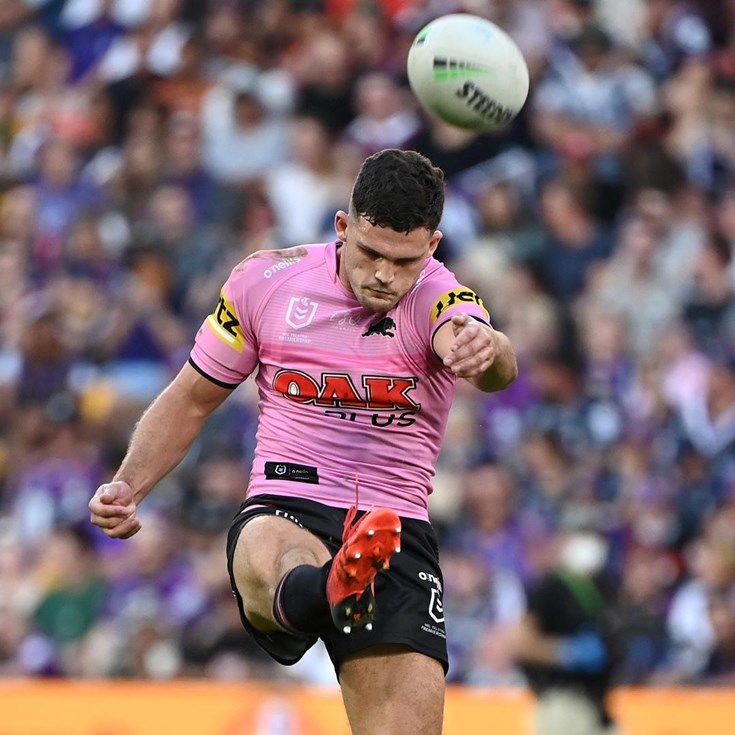