Some said the dream of a three-peat was dashed after a slew of mid-year injuries, but captain Boyd Cordner believes the enforced rest for several Sydney Roosters stars could prove advantageous as the finals approach.

With fatigue and injuries taking a bigger toll this season, perhaps in part due to the introduction of the six-again rule, Cordner reckons the "fresh" Tricolours may have an edge over weary opponents.

"We can take some positives out of [the injuries]. Everyone's feeling fresh coming back in at the right time of year," Cordner said, graciously giving an interview with an emergency evacuation recording accidentally blaring through the SCG.

The worst of the casualty ward carnage is seemingly behind the back-to-back champions. Second-rower Cordner (concussion) and winger Daniel Tupou (ankle) made long-awaited returns in last round's 58-12 thumping of Brisbane.

Five-eighth Luke Keary (rib) has been named to face the Raiders in Saturday's grand final rematch at GIO Stadium, while Angus Crichton (knee) and Mitchell Aubusson (wrist) are included on the reserves.

‘Now’s the time’: Roosters set to unleash SBW against Raiders

And Sonny Bill Williams is set to play his first NRL game since 2014 having upped his fitness after arriving from England in July.

Lock Victor Radley and hooker Sam Verrills (ACL ruptures) are the only regular Roosters first-graders who are done for 2020.

"We just need to stay fit, the boys that are playing at the moment ... There's a lot of experience on the sidelines that is about to come back," Cordner said.

The skipper, who was rested for the opening two games of the season, is feeling rejuvenated following a five-week absence from the field due to lingering symptoms from a head knock.

He was grateful the Roosters took every precaution with him.

"I was suffering the headaches for a long time and it was pretty worrying. But we've got great medical staff here at the Roosters and they told me to take all the time I needed," Cordner said.

"I didn't want to mess around with anything because of the head. It's pretty serious stuff ... After talking to specialists and that, they said it doesn't matter how many [knocks] you get.

"If you get the right one then that's what can set it off. It's just an unfortunate thing that happens ... I didn't want to take any chances."

After coming from the bench against the Broncos, Cordner is named to start in his usual left edge role and expects to play 80 minutes in Canberra.

The Roosters will go a long way to securing a top-four berth by beating the Raiders, who are equal on 22 points but sit one spot behind them in fifth because of an inferior differential.

Cordner said he isn't worried that his side is very unlikely to finish the regular season in the top two as they have the past three years.

"If you look at it, we started back up after [the] COVID [break] without a win, so we were always two games behind the eight-ball," he said.

"If you have a look at our form after COVID, it's right up there. Our start let us down at the start of the year but I think we've done a really good with the boys that have stepped up." 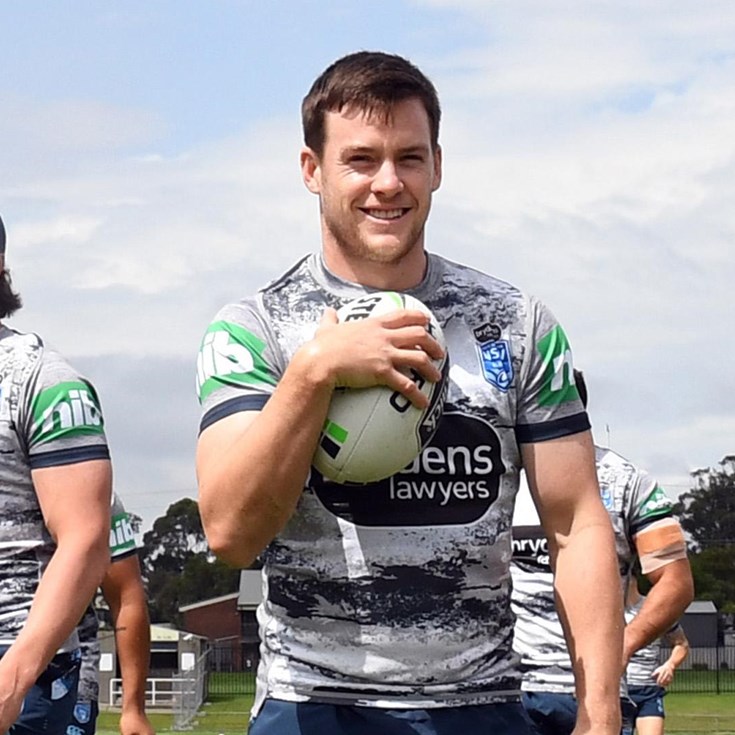 True Blue: Keary adamant he’s happy as a Blue, not a Maroon

Clash of the sevens: Keary impressed by Cleary, Flanagan