McGuire was facing a contrary conduct charge over a comment made to referee Grant Atkins during his side's loss to Melbourne on Sunday.

He was sent to the sin bin for the offence during the game.

Asiata received a grade-two dangerous contact charge and will also miss one match after entering his early guilty plea.

The Cowboys announced the early pleas on Tuesday morning.

Warriors forward Jamayne Taunoa-Brown has accepted a one-match ban for dangerous contact after an incident involving Siosifa Talakai in their loss to the Sharks on Sunday night.

Four other players have been banned.

Knights utility Kurt Mann and Broncos prop Rhys Kennedy are out a week each after they became the latest players charged over crusher tackles as part of the NRL's recent crackdown on the tactic.

Kennedy was handed a grade-one offence for a tackle on Jai Arrow in the 65th minute of Brisbane's loss to the Titans while Mann was handed the same charge for a 23rd-minute incident involving Roosters veteran Brett Morris in Newcastle's heavy loss later on Saturday at the SCG.

Brooks and Gagai sent to sin bin as punches thrown

Souths winger Dane Gagai and Wests Tigers halfback Luke Brooks have accepted a one-game ban for striking. They were each facing a two-match ban after being charged for striking during the melee involving players from both teams on Thursday night at Bankwest Stadium.

Tigers lock Alex Twal, who coincidentally was also sent to the sin bin for a professional foul a few minutes earlier, was charged with grade-one dangerous contact for a 41st-minute incident involving Rabbitohs prop Mark Nicholls.

He has escaped suspension with an early guilty plea.

Eels forward Andrew Davey was charged with dangerous contact for a 76th-minute tackle on Penrith fullback Dylan Edwards on Friday night, but has also avoided a suspension with an early guilty plea. 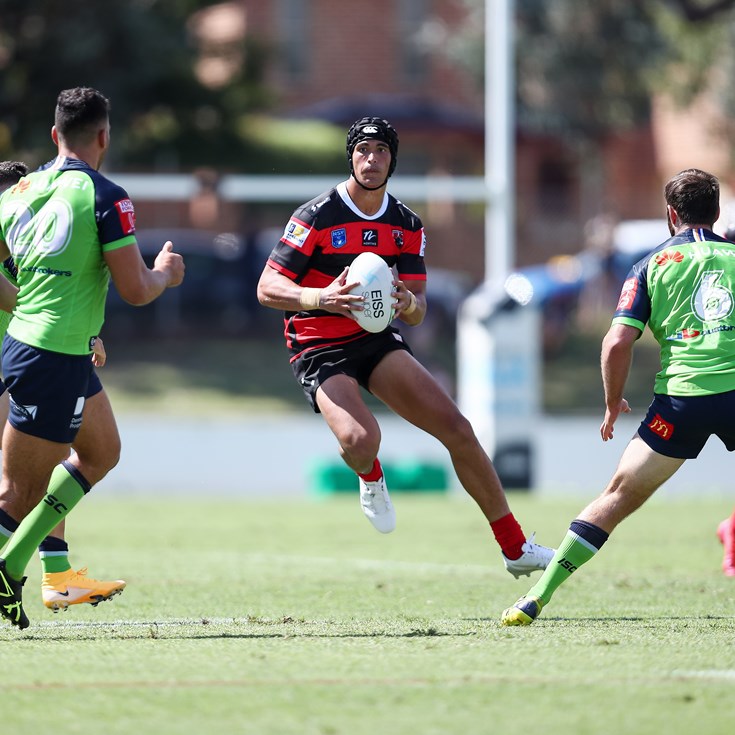 'I don't dwell on it': Suaalii focused as hype builds over teen prodigy