Rabbitohs coach Wayne Bennett says the door isn't completely closed on signing Joseph Suaalii but as it stands the teen prodigy will not be heading to Redfern.

The subject of a protracted cross-code bidding war, Suaalii was close to inking a deal at Souths but his camp requested get-out clauses in what was to be a rich five-year deal, which the club rejected.

As well as again expressing interest in the Maroons job should Kevin Walters no longer be in charge, Bennett on Wednesday said Suaali's future at the club appeared bleak.

"The decision was made," Bennett said in confirming that talks had stalled.

"I don't think either party has closed the door but certainly at this point in time, he's not coming here.

"We thought it was a very good offer. There's a lot of things going on for him. They came back with some conditions. It may not be final yet but it certainly is from our point of view at the moment."

Bennett also addressed reports he may be back in the frame for the Queensland Origin coaching gig if current coach Kevin Walters left the post to take the vacant Broncos job.

Wayne Bennett on the Maroons job

The QRL have left the door open for Walters to handle both jobs but if he is to take the Broncos role it will be a big off-season getting the house in order at Red Hill and it is possible, if not likely, the QRL would prefer someone with fewer distractions and Bennett would be on the shortlist.

"Bruce [Hatcher, QRL chair] made a statement about three weeks ago which I didn't know anything about so I gave him a quick phone call. It's not something I'm going to have difficulty with," Bennett said.

"As long as Kevin's got the job I'm not trying to take his job off him. If they make another decision at the QRL and I get on the shortlist I'm happy to be there."

Bennett flatly rejected there would be any issue in him taking the Origin role in the post-season after wrapping up Rabbitohs duties in the finals and argued the specialist coach requirement is in itself flawed.

"In my opinion, that's one of the biggest mistakes they've made in football over a long period of time.

"If the best coaches are available that's what you want.

"That was a path they went down some time ago." 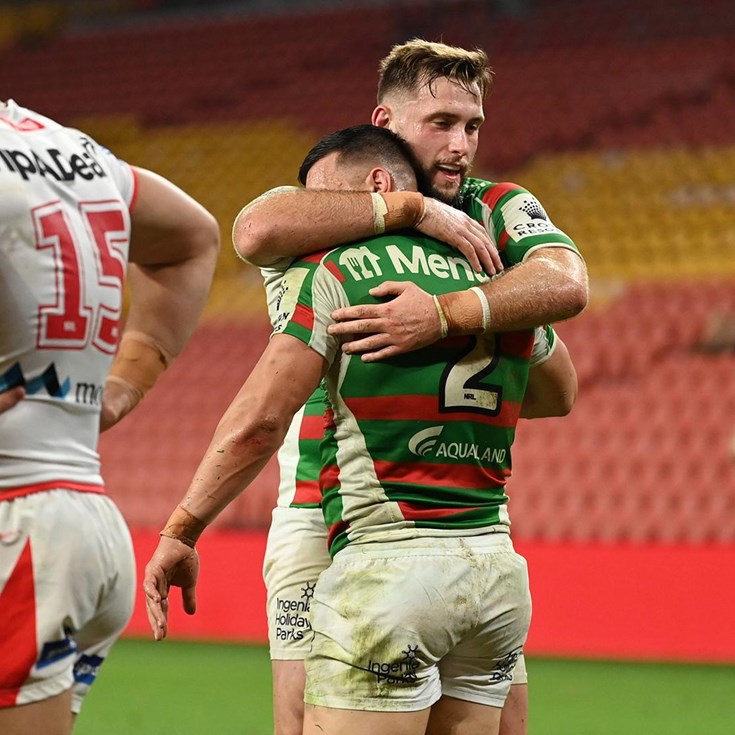