Bryce Cartwright’s rugby league career is at the crossroads after being released by the Titans with more than a year left on his contract.

Whether the 25-year-old forward can realise his enormous potential will depend largely on whether he can rekindle his love for the game and find a new club that is prepared to believe in him.

Cartwright, who played 43 games for the Titans, returned to Sydney for personal reasons two months ago and last played with the Gold Coast in round nine.

The form he displayed at Penrith in 2016, which led to Cartwright being on the cusp of a State of Origin debut after he was selected in an extended squad for the NSW Blues, seems like a world away.

The Titans released a statement on Thursday which said that Cartwright had indicated his preference to continue his career in NSW.

Panthers premiership winner Scott Sattler, who has had a long association with the extended Cartwright family at Penrith and as former Titans coach John Cartwright’s inaugural football manager in 2007, said Bryce may have to look further afield than just Sydney-based NRL clubs.

"Bryce is a lovely kid and comes from an amazing family and has skills that guys that have played 200 games of NRL don’t have, but there is a style of rugby league that suits certain players and I think the UK Super League for Bryce would be the best fit," Sattler told NRL.com.

"One, because it has a real attacking focus. Two, because a lot of players have found they can rebuild their brand by going over there mid-career.

"Jackson Hastings has done that and so did Corey Thompson, so I think Bryce can definitely rebuild his career and his brand there.

"Then he will become a commodity for NRL teams that are looking for those ball players."

Sattler’s view is the new six-again rule will result in clubs recruiting locks who play with the ball, much in the mould of Jake Trbojevic.

While Cartwright has mostly played in the back row, that positional switch could be his future if he can improve his defence and willingness to embrace the physicality of the game.

It was his ball-playing ability and athleticism that made Cartwright such a threat at the Panthers in his 69 games for the club and Sattler said there were NRL sides that would benefit from his best assets.

"Bryce played his best football at Penrith because he played with guys he’d come through the junior grades with and everything felt natural to him because he was in familiar surroundings with the community, playing group and club. It was tattooed into his soul," Sattler said.

"Rekindling his love for the game will come with a coach who will allow him to play the style of footy he likes to play.

"While I think that is more likely in the Super League, there are clubs in the NRL like the Bulldogs and Wests Tigers that are looking for a bit more creative flair which may suit him too.

"There is no doubt that Bryce has really got to focus on the defensive mentality of the game because if he does that then his attacking play will become even better." 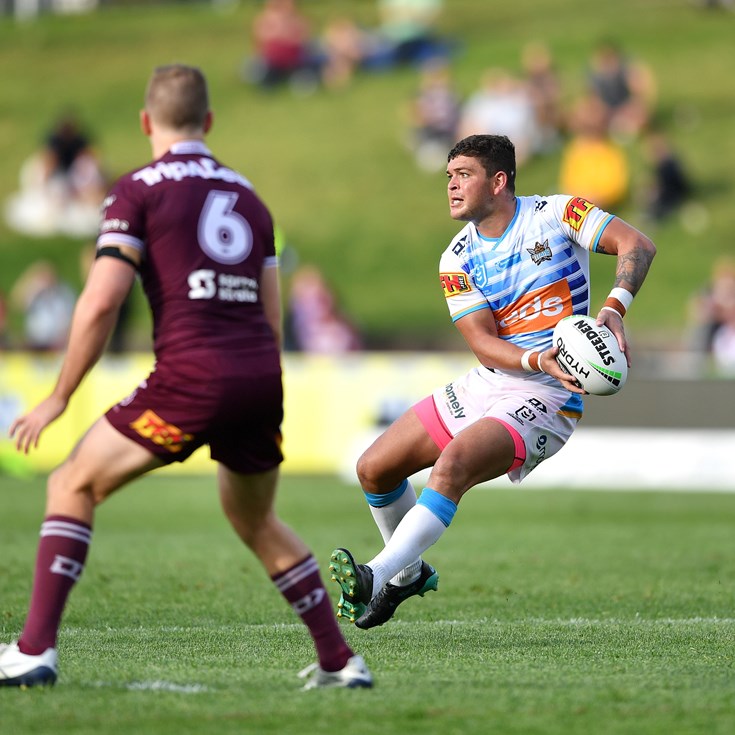 Round 19 Team of the Week: Have your say