In a 10-part series on some of women’s rugby league’s main trailblazers for Harvey Norman Women In League Round, Mary Konstantopoulos catches up with Jillaroos pioneer Katrina Fanning.

When I was a little girl, my dad would regale me with stories of a bygone era of rugby league. But those memories of rugby league never included any women.

Names like Peter Sterling and Mick Cronin were woven into my memories, almost as if I had stood in the stands to watch them myself.

It would be many years before I would come to learn of the pioneers of the women’s game in Australia.

But now, these women are part of the fabric of our game and their legacies will be passed on to the next generation, along with stories about our current group of game-changers like Kezie Apps, Ali Brigginshaw and Georgia Hale.

Katrina Fanning grew up in Junee where rugby league was the lifeblood of the town.

When she was eight and realised her age group didn’t have enough players to field a team for the upcoming local competition, Fanning made it known she wanted to play.

But selecting her wasn’t simple.

"It took about halfway through that first season for Junee and Country Rugby League to work out whether I could play or not," she recalled.

"It was the first time that it was obvious to me that someone was saying I couldn’t do something because I was a girl. That only made me more determined to play."

Today, Fanning still catches up with her teammates from those early years and now, they speak with pride about having played alongside one of Australia’s most important rugby league pioneers.

The boys did not pass me the ball once for that entire first year, so I became a very good tackler.

"I still have newspaper clippings from that year. The boys did not pass me the ball once for that entire first year, so I became a very good tackler," Fanning said.

"Once they realised I was the best player on the team, they changed their attitude. But they also copped hell from other teams because they had a girl on their team.

"They were only eight, they had never dealt with sexism before. But it has now changed their attitudes about what sort of lives their daughters can lead and this is really powerful, especially for a small country town like Junee."

As Fanning continued to grow up, rugby league became more than a game. It was her community and something which bound her country town together.

"We were going through drought. It was a tough bush town. But we had a successful footy team that everyone could get behind and forget their troubles for the week," she said.

"Rugby league captured my imagination because of that. At the time, I was a skinny, fast girl so I could have played anything but there was just something about that sense of community.

"Because I come from a large extended family, rugby league was just an extension of that."

That skinny, fast girl stuck with rugby league. Like many women of her generation, Fanning had to stop playing at the age of 12 and pursued other sports. But, by chance, after moving to Canberra, Fanning saw a group of women playing rugby league and the Canberra Raiders happened to be on television.

Fanning made a comment and the response was "well if you know so much about footy, why don’t you come and play".

And she did. That was in 1995 and later that year was the first trial for an Australian Jillaroos team. Fanning went on to be part of that inaugural team and played 26 Tests across her 14-year career.

Many of us look upon the current generation of Jillaroos with tremendous admiration, given the sacrifices they make to play footy. These same sacrifices were made by Fanning and her teammates.

"When women were selected for an international tour, I don’t remember many pulling out. Women gave up jobs, sold things, worked themselves almost to death just to get the money together to play," she said.

"When the game got tough, you would look at them next to you and you knew you couldn’t let them down because of the sacrifices they had made to play. You wanted to do more because you cared so much about the person beside you."

It was certainly hard. In the lead-up to their first Test against England, the Jillaroos had two media opportunities. Both went horribly wrong.

One was particularly memorable for Fanning who had asked all her friends and family to tune in, but ended up feeling humiliated because the program did not give the women’s game the respect it deserved.

But even though public opinion may have taken some time to catch up, Fanning always felt supported by certain people within rugby league.

"We had Tommy Raudonikis come to one of the training sessions. Tommy tore strips off me as we were packing the scrum. He didn’t know me from a bar of soap," Fanning said.

"It was the first time that someone held in such esteem across the game treated us exactly like he would the men. It stuck with me.

"I won’t repeat the words he used, but it was basically that the Kiwi hooker better not be able to walk by the end of the game, because my foot should go through their lower shin if they tried to strike the ball."

I was fortunate enough to be standing next to Fanning when the Sydney Roosters and the New Zealand Warriors ran out for the inaugural game in the Holden Women’s Premiership in 2018. I’ll never forget the smile on her face.

"When we started off and had a dream for the women’s game to be strong, we never dared dream that big," she said.

Her ongoing support of the women’s game is something I have always admired.

She could certainly be forgiven for having a pang of jealousy watching women being given opportunities to play the game that she never had.

"I don’t feel like that. I feel privileged to be able to have played a part in the history of the game," she said.

"I like to look in the mirror and know that the women’s game is in a better place than when I came in, along with many other people.

"The current crop of Jillaroos tell us all the time that the women’s game is only as good as it is now, because of you.

"We are all so proud of what we helped start." 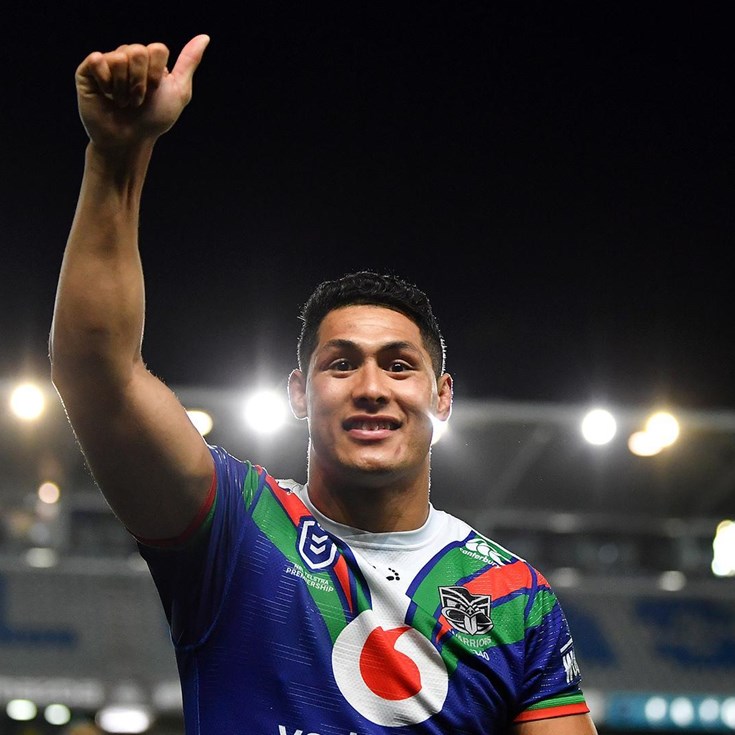