The COVID-19 pandemic has forced the Warriors to blend players from New Zealand, NSW and Queensland, plus rugby, into one squad but Karina Brown is confident they can give the NRLW title a real shake.

While there has been a frenzy of signings in the Telstra Women’s Premiership over the last two weeks, Brown was always interested in playing for the Warriors.

"My first year of rugby league was in 2010 and I joined a team full of Maori girls. Up until that point, I had never had any Maori friends. I just fell in love with the culture," Brown said.

"A key part of Maori culture is ‘whānau’, or family, and that is something that is really important to me."

So earlier this year, Brown decided to try something different and had approached CEO Cameron George and the coach at the time, Slade Griffin, to indicate her interest in joining the team.

While Brown was given verbal assurances it was a "done deal", then the pandemic hit and she wasn’t so sure whether she would get her opportunity.

Brown nervously waited to find out whether the competition would even go ahead and then, who would be the new coach because Griffin would be unable to travel to Australia.

Fortunately for her, it was someone she knew very well and a man who has coached Brown for most of her career.

"When I found out the new coach was Brad Donald, I just thought ‘how good’.

"I was one of the first players Brad called to come on board and I couldn’t think of a more perfect fit than Brad to lead the team. I am happy to be alongside him and we have some amazing women in our squad."

Even though Brown is closer to the end of her career than its beginning, Donald is excited about having someone of her experience in the squad, a player he holds in the highest of regard.

Donald often shares a story about Brown and the grace and humility she showed in 2018 when he had the difficult task of telling her that she had missed out on Australian Jillaroos selection.

Due to a late injury to Samantha Bremner, she was rushed back into the side.

Donald said he would have understood if Brown had brought a more deflated persona into camp, but she galvanised the group and reminded them all what an honour it was to wear that jersey.

This attitude fits well into Donald’s coaching philosophy which is all about "people first".

"Brad has brilliant technical skills, but I love how much he cares about us as individual players," Brown said.

"He has this unique ability to bring people together and unite them behind a cause, no matter how diverse that group of people is."

This will no doubt serve the Warriors well, given the diversity of their squad and how quickly all the women have had to come together.

The squad begins with the "fab five" as Brown calls them - women that travelled from New Zealand to compete in the NRLW, including Georgia Hale, Kanyon Paul and Hilda Peters.

They will be joined by women from NSW, Queensland, representatives from the Prime Minister’s XIII and also Evania Pelite and Ellia Green from the gold medal-winning Aussie sevens rugby side.

"It has been a great collective effort to get us altogether and we have a diverse mix, but that is what will work for us - 100% we will be a very competitive team come round one," Brown said.

"I have only been in camp a couple of days, but I already have a feeling about this team. I have been fortunate enough to be part of many special teams and during my career, I’ve found that you often have the most success when you walk into a room and you know you are going to achieve something special."

For those planning to tune into the NRLW, Brown asks they keep a few things in mind.

"It has been a hard year for everyone. For this to get off the ground is a real testament to the NRL," she said.

"Whilst there may have been huge sacrifices by the players and the coaching staff, we see it all as an investment into the women’s game.

"We do it because we love the game. So support it and get around the girls because I couldn’t be prouder to be part of this great game."

As for the other NRLW teams, Brown has a very simple message ahead of kick-off next weekend: "Bring it on." 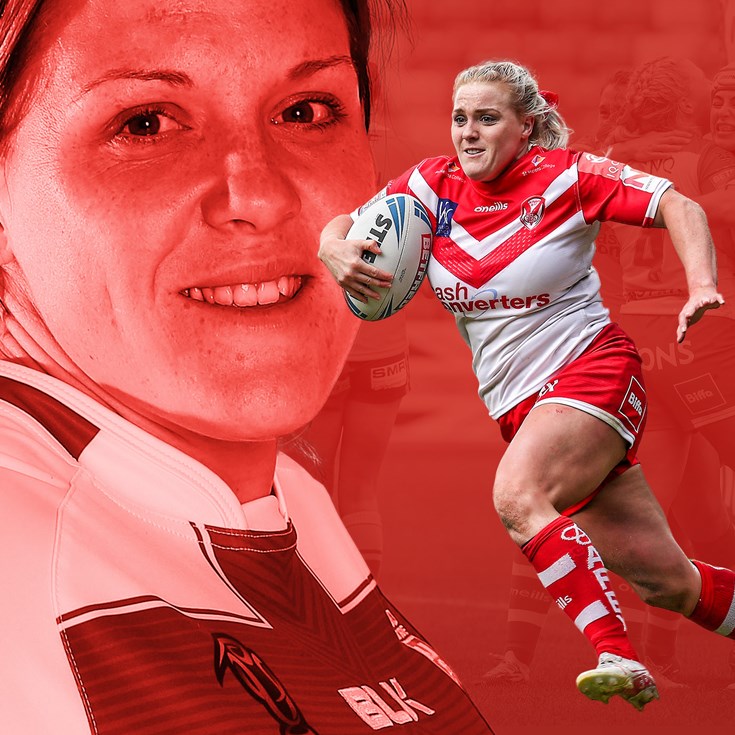