Brisbane's mission to secure a three-peat of NRLW titles begins with a clash against a new-look Warriors team being led by Jillaroos coach Brad Donald.

Their efforts to feature in this year's competition will help drive a blended squad intent on achieving something special.

The Broncos are eager to build on their sustained dominance and halfback Ali Brigginshaw, who was recently voted the best player in the women's game in an NRL.com poll, is central to their chances.

Romy Teitzel and Chante Temara dropped off the reserves list an hour before kick-off after Zara Canfield and Shenae Ciesiolka were omitted from the squad on Friday.

Warriors: The New Zealand side will run out as named on Tuesday after some huge ins and outs with the team setting up camp in Australia and an almost entirely new squad. Honey Hireme-Smiler, Jules Newman, Apii Nicholls and Krystal Rota are among the big-name outs.

Michaela Peck and Naomi Kara dropped out of the extended squad on game day after Shaniah Power and Laken Paitai were cut from the team 24 hours out from kick-off.

Ali Brigginshaw v Kirra Dibb: A master playmaker, Jillaroos captain Brigginshaw is incredibly influential and holds the keys to Brisbane's attack. Dibb, meanwhile, has had limited time to build combinations with her new teammates but the five-eighth certainly possesses the talent to dictate this game.

Only one team managed to topple the Broncos in the first two years of the NRLW premiership - the Warriors. They scored a 10-8 victory in the round three match at the SCG last year with Madison Bartlett scoring the opening try. 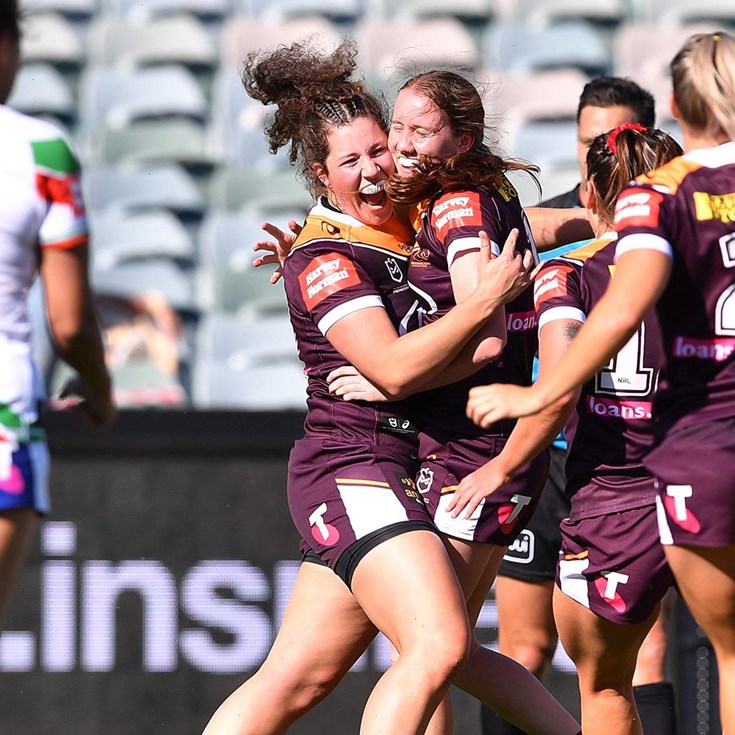 Upton electric as she gets a first half hat-trick

Welcome to the NRLW, Ellia Green!

Smith hits and spins her way to a try