After making a quicker than expected recovery from ankle surgery, Brown trained with the Eels on Tuesday and was later named by coach Brad Arthur in the No.6 jersey for the trip to Brisbane.

It is a rapid recovery from a syndesmosis injury suffered just over four weeks ago.

Arthur is likely to wait until the day of the match to make a final decision on Brown and won't take any risks if they lose.

That didn't stop his teammates from talking up his chances.

"We know what Dyl brings every time he goes out on the paddock. He knows what he does really well and does it so he will be a massive in but I think it’s up to Brad and the physios now to see if he was right, to see how his head is and how he pulls up."

Halfback Mitchell Moses said back-up five-eighth Will Smith did a good job in last weekend's win against Wests Tigers but he and Brown were keen to play together in the finals.

"I think that whoever has stepped in had done a good job but he [Brown] is great player and he has been pretty much in that No.6 jersey all year," Moses said.

Gutherson said Brown had demonstrated how competitive he is when he stayed on the field after suffering the injury against Souths and continued to play so well that officials and team-mates were surprised he had syndesmosis.

"He got through training [today] well and we will see what happens from there," Gutherson said.

"You never know with Dyl, he could be injured and still making tackles and doing everything.

"He is such a competitor. Even when he done the injury he was still making line-breaks and still chasing people down."

Meanwhile, Gutherson said the Eels were better placed to win the premiership than they were last year in his first finals series.

"We weren’t in the top four so we are travelling a bit better," Gutherson said.

"We are happy that we finished in the top four, that was our goal at the start of the year so to be where we want to be at this time of the years is pretty exciting.

"We only lost five games and we have got to go out 1-17 and do our best for the team and that will put us in a good spot." 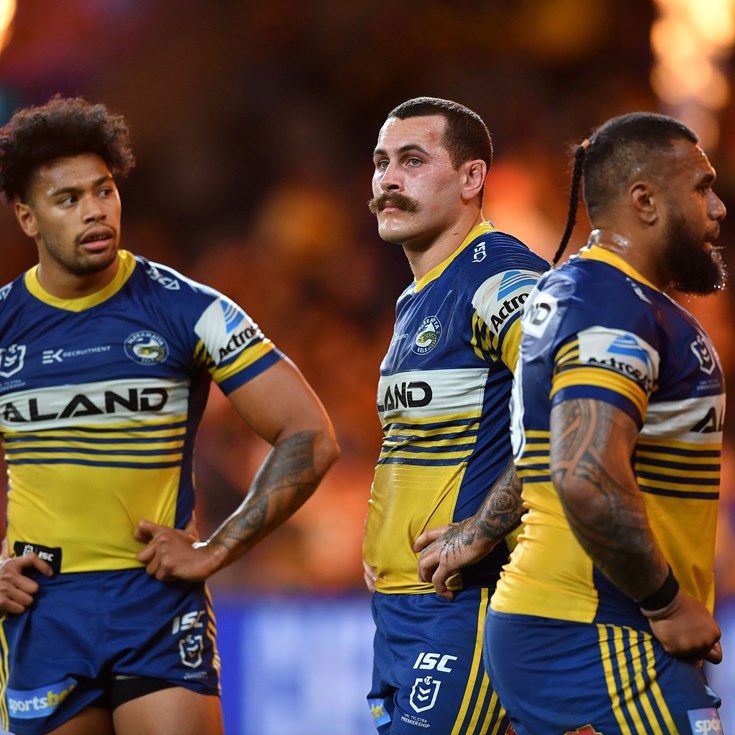