Roosters coach Trent Robinson has taken responsibility for his side's straight-sets finals exit, saying he wasn't able to get the players aligned as a team as well as he would have liked.

Robinson praised the fight in his team after they came back from 16-0 down to lose 22-18, as well as their professionalism in dealing with the off-field challenges of 2020 with its quarantine bubbles, but lamented not being able to produce their best football in the finals.

"It's a team out of form but trying hard," was Robinson's assessment.

"We got what we deserved in the end. I'm really disappointed obviously.

"I just couldn't get everybody aligned. As a coach I didn't get it done, just didn't get the players aligned enough to play their best footy."

Robinson said the team just couldn't mould its game to be as dominant as in its past two back-to-back premierships despite bouncing back fairly well from a stunning 60-8 loss to the Rabbitohs in the final round of the regular season with two narrow and hard-fought finals losses.

"You've got lots of different players at all different levels, players in really good form, players trying to come back, you put them all in a melting pot and try and get them all to the same level, it's spinning plates … I just couldn't align them well enough," he added.

"Getting to the top four then being out after two weeks, that's not what you want, not what you're striving for.

"You celebrate [being] really proud of this group of guys. It's been a really tough year and the guys were impeccable as human beings [with] all the protocols and interactions."

Robinson admitted he would do "a thousand" things differently if he had the season over again.

"I should have been better so I'll go back and reflect on how to do that better and get my lessons from it," he said.

"If you don't look back [and say] 'I did really well', that's not the case, this isn't really well. We did a lot of things well but not enough, there's lots of lessons to look back on at a later date."

Bunker confirms try to Manu and it's anyone's game

Aubusson's decorated 306-game Roosters career finished with his retirement, Hall is flying home to England while Williams is still theoretically headed back to Toronto depending on what happens with their Super League participation next season.

"Sonny, I don't know. He's not staying with the Roosters, he has the contract with Toronto, he's showed there's a fighter there and made a big impact on the game tonight," Robinson said.

"We've been getting him ready to play then we needed him, we needed that style of player, we needed the confidence to play footy and a guy that when the pressure is on is going to put his hand up, he's done it his whole career and in uncomfortable situations." 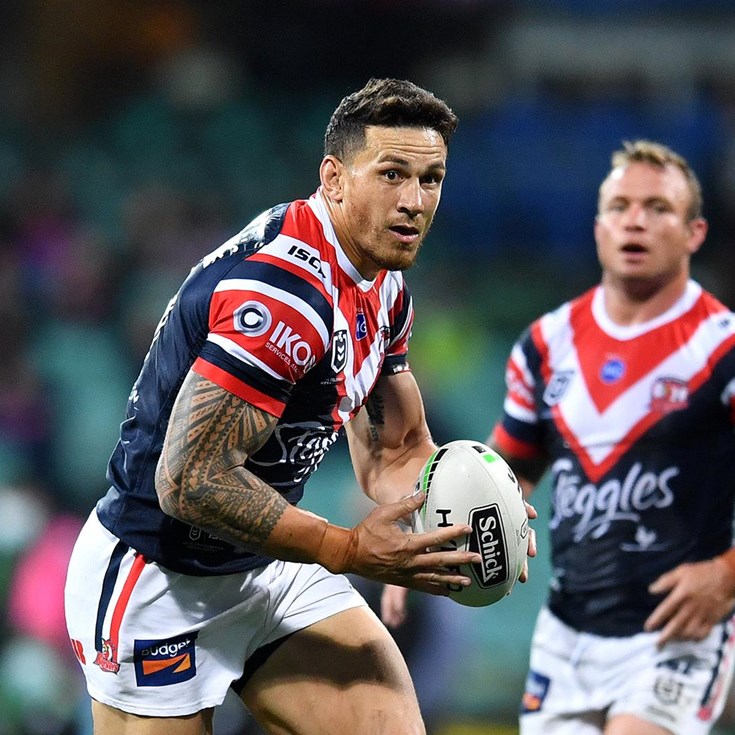