The Clearys are Penrith's pre-eminent father-son duo, but they've got nothing on the Kiwi footy side chock full of James Fisher-Harris's relatives that plays in a competition named after an ancestor.

Fisher-Harris has steadily risen from the shyest of 17-year-old New Zealand expats to one of the NRL's best front-rowers and a key pillar of the Panthers' title assault.

Now 24 and still more than happy to let others do the talking, there is one subject that gets Fisher-Harris spinning yarns.

The days he spent playing open grade rugby union with his dad, step-dad, brother and good mate Caleb Aiken all in the same XV for Motukohu in New Zealand's north.

In their day, Dean Fisher and Sam Wallace (Fisher-Harris's stepfather) played for Auckland's under-21 rugby union sides as a flanker and halfback respectively, with Wallace also representing North Harbour.

Brother Sam (Harris) meanwhile has relocated to Germany and played for their national side as a resident and hard-running centre in recent years in Europe's Championship, a next rung below the Six Nations.

Just for good measure, back in New Zealand they all turn out in the Christopher Harris Cup, named after the first of Fisher-Harris's ancestors to settle in the Hokianga region midway through the 1800s.

Hailing from the tiny 200-person village of Kohukohu, where there's "fishing hunting, a pub, school and not much else", Fisher-Harris recalls teams that were basically "either family or close mates".

"Not the biggest at all, but he just goes hard all day.

"He was pretty dirty to be honest, too. He knew all the tricks, what you can get away with in a ruck.

"My brother and my step-dad all play too. It's all union and there's some pretty handy players there too.

"I played a whole season with them when I was 17, before coming over to Aussie.

"I was playing union and then I'd go back and play under 18s league on Sundays at boarding school [in Whangarei].

"My old man actually lost it at me in our last game that year, we lost in the semi-final of the local competition. The try that won it, it went through me and one of my mates. He gave me a bit of a spray.

How Naden turned his career around

"I'm pretty lucky, I don't know too many people that get to play with their brother and their family like this."

Only Fisher-Harris's regular October commitments with the New Zealand Test side have kept him from lining up alongside his family in recent years.

COVID-19 protocols also mean getting back across the ditch at the end of 2020 is looking doubtful for him and his young family.

Whenever Fisher-Harris does get home though, stepdad Sam is in his ear, and memories of his founding years are close at hand.

"Sam's one of those guys that smashes out a training sesh, goes to work, then comes home and does another session," Fisher-Harris grins.

"He's an animal. One of those no excuses types. He'd be late-40s now but still going so strong.

"He would push me when I was younger and I can see now how it paid off, especially some of the mentally tough stuff.

"We'd go for runs up these big hills where I'm from - man, just torture.

"Whenever I go home I still always have to do one of those runs still, just to see where I'm at.

"He's still always trying to race me when I'm training. Last time we went for a hill run he beat me too. He's a beast." 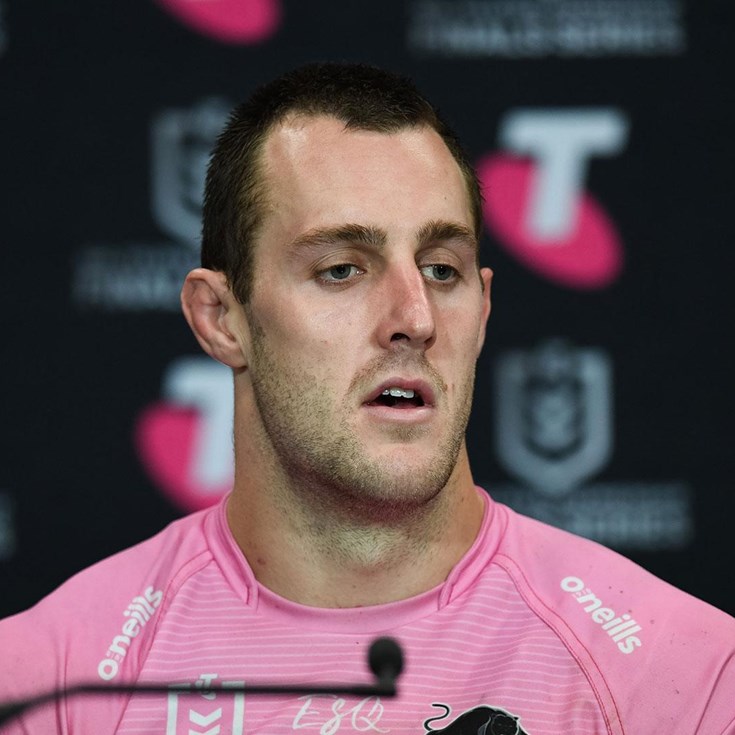