The Broncos are the only team to have lifted the NRLW trophy and they're aiming for a three-peat when they face the Roosters at ANZ Stadium on Sunday.

Brisbane, who have lost just one match in their NRLW history, beat their opponents in a dress rehearsal of the decider in round three.

Coach Kelvin Wright thought the Broncos "played within themselves" in the 24-16 victory, but the Roosters will regain troops and showed plenty of promising signs with some expansive footy.

The teams met in the 2018 grand final, with Brisbane prevailing 34-12 before smashing the Dragons in last year's decider.

Broncos: As they have done earlier in the season, Ali Brigginshaw will start at lock and Tarryn Aiken moves from lock to halfback. In other late changes, Shannon Mato will start at prop with Chelsea Lanarduzzi dropping back to the bench.

Romy Teitzel and Tyler Birch were the last two players dropped from the squad.

Lauren Brown and Chante Temara have been training at dummy half, while Jayme Fressard has been named to return at centre.

Zara Canfield and Lavinia Gould were omitted from the extended squad 24 hours before kick-off.

Roosters: In changes announced an hour before kick-off, Botille Vette-Welsh (No.19) moves into the side and will start at fullback with Shanice Parker moving onto the wing and Taleena Simon dropping out of the 17.

Amelia Mafi and Simon were the two omitted an hour before the match.

Prop Simaima Taufa and lock Hannah Southwell will return after being rested last week. Grace Hamilton and Kennedy Cherrington have dropped to the bench.

Bobbi Law and Kaitlyn Phillips were the players trimmed from the reserves on Saturday.

The Roosters have lost all three games at ANZ Stadium.

Ali Brigginshaw v Zahara Temara. Whether at halfback or lock, Brigginshaw is undoubtedly Brisbane's chief playmaker and has been in typically sparkling form. Temara is a huge attacking threat with the ability to score tries, set them up as well as kicking goals.

The Broncos have won their two grand finals against the Roosters and Dragons by a combined margin of 64-18. 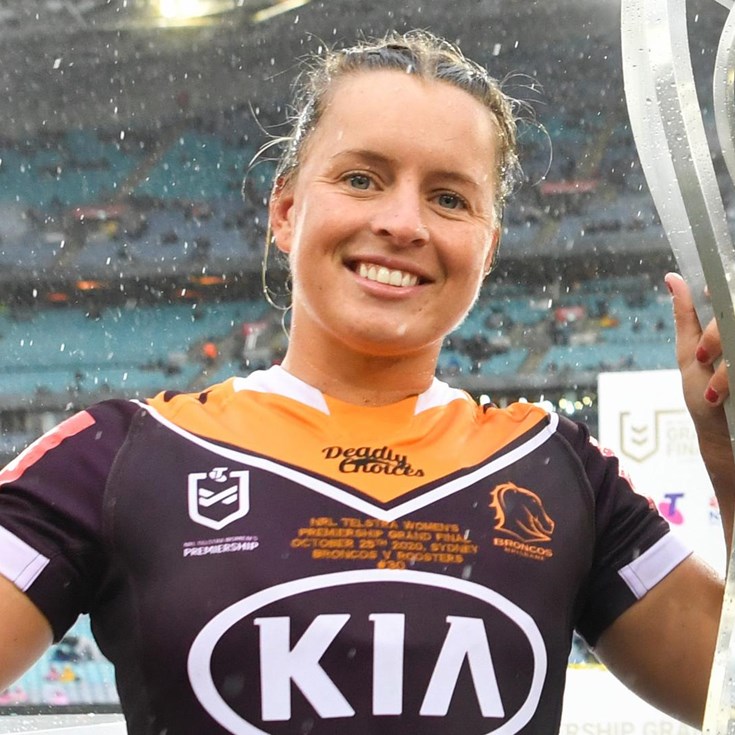 Lenarduzzi is nearly impossible to stop from there

Aiken slices through to set up Upton