Josh Addo-Carr has no idea which Sydney club he will be playing at next year but he does know that this Sunday's grand final will be his last "in the purple jersey".

Suitors like the Wests Tigers, South Sydney and now the Bulldogs have been mentioned in dispatches for 2021 but Addo-Carr has only one club in mind this week and it's Melbourne Storm.

"I have no idea to be honest," he said of his future, ahead of Monday's field session in preparation for the Panthers at ANZ Stadium.

"I have a really supportive group behind me in the Storm, in my management, in my family all working behind the scenes on all that stuff. All I've got to do is focus on this week.

"I've got to really enjoy the week as it's probably going to be my last for the Storm. I just want to enjoy my teammates' company and make some good memories with the fellas," he said.

"Melbourne will always hold a special place in my heart. I'm really grateful to be a part of this club. My name is on that (Storm honour) wall with some of the greats and no-one can take that away from me."

The Storm are still yet to officially release Addo-Carr from the final year of his contract but intend to do so if they can arrange a player swap of similar quality.

Addo-Carr's pride in his indigenous heritage is also non-negotiable. Therefore he won't be singing the national anthem on Sunday.

"Everyone knows my answer (to that question)," he said when asked about Sunday's formalities, "…don't want to disrupt anything this week with that stuff."

Teammate Justin Olam is certainly going to miss Addo-Carr's abilities – along with opposite winger Suliasi Vunivalu, who is going to the Queensland Reds in rugby.

"They are a big part of our team. It's going to be hard – it's already sad thinking about it," Olam said.

"But it will be good to send them out the right way. They are such good players who have done a lot for this club."

There's nostalgia all around. The first NRL game Olam ever watched "because we didn't have a TV growing up" was the 1999 grand final where the Storm enjoyed a 20-18 win over St George Illawarra.

"We moved down to a town on the coast to have breakfast that morning, so that's where I watched it," he said. He was only six years old and in primary school.

Now 21 years on and Olam is playing in his first NRL grand final – with the Storm. You would think he will be a one-man merchandise-generating machine for purple jerseys back in Papua New Guinea.

"Marcus Bai did a lot of things and he began a big Storm fan base in PNG already," a humble Olam said, not wanting to take all the credit.

But since Olam has scored six tries in his past six games, he is sure to have created his own fan pool. 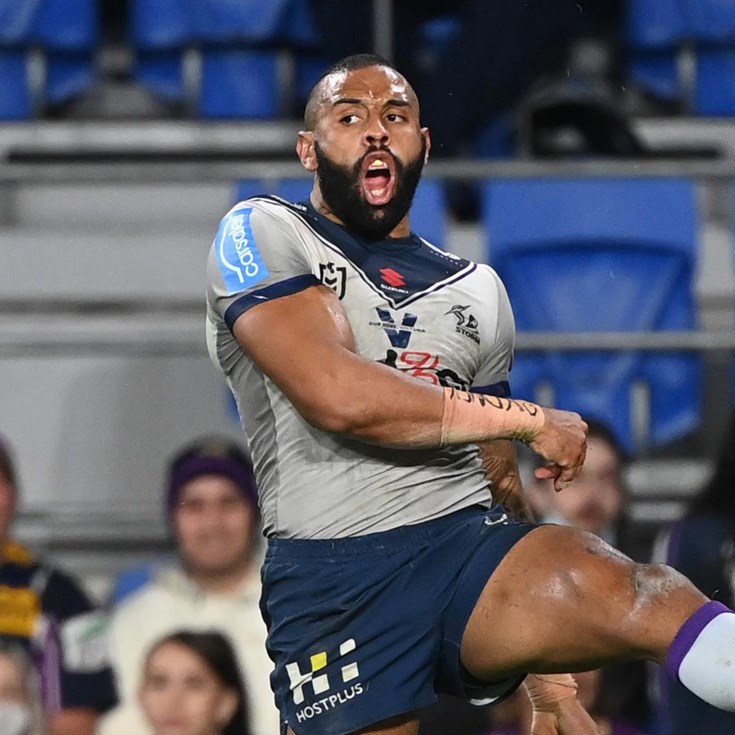