Jarome Luai has his heart set on being a Panther for life, with both club and player eyeing off a long-term extension when formal talks kick off following Sunday's grand final showdown with Melbourne.

Luai is one of six Penrith starters named on Tuesday who will come off-contract and be able to field official offers from NRL rivals come November 1 next Sunday.

But while the NRL's new financial year will roll past, Penrith have Luai pinned as a retention priority given his eight-year halves combination with Nathan Cleary from their junior days and the Samoan international's stunning rise in 2020.

His long-time agent Darryl Mather revealed to NRL.com last month that former Rabbitohs powerbroker Shane Richardson had made "30 calls" in repeated bids to lure Luai to Redfern over the years.

Of the Panthers coming off contract in 2021, Luai is tipped to generate the most interest elsewhere.

But given he and Penrith are keen to keep him at their scrumbase for some time, any approaches could well go the same way as Richardson's calls when negotiations kick off in earnest next week.

"I'll look for Penrith to sign me, we'll see how that goes," a nonplussed Luai said of the looming November 1 signing date.

"This is my home. It's a childhood dream come true.

"I get to play in my backyard every day, train every day. It's about a 15-minute drive from home, not too far just down the road. I want to be here for life."

Luai laughed at the circumstances around South Sydney's unsuccessful pursuit when it was put to him after Penrith snuck past the Rabbitohs in a nailbiter.

"I saw that article and Darryl didn't really mention [Richardson's interest] to me," he said.

"I think he knew my intentions and where they lie. I'm a Mt Druitt boy at heart so I'm glad I stayed.

"I think he knew what was waiting for me here at Penrith with my future. I came through the grades with a lot of these boys as well so I just had to bide my time and I'm glad I did."

Crichton however is understood to have all-but signed off on a three-year Panthers extension.

Captain James Tamou will lead Penrith in his last game before joining the Tigers, fullback Caleb Aekins is off to Canberra and fringe forward Jack Hetherington will be released to join Trent Barrett at Canterbury in 2021.

Luai's presence at Penrith's scrumbase is a roadblock for the highly-rated Burton, though the club remains hopeful of retaining him despite the Bulldogs leading interest from several rivals.

In the meantime Luai will be front and centre of proceedings for his first grand final in person.

As a member of Penrith's triumphant 2015 under-20s outfit he has been at ANZ Stadium on grand final day, only to leave before the senior decider with his teammates to begin celebrations immediately.

Luai has led the Panthers team song for 17 straight weeks and shares a similar role to opposing No.6 Munster as his side's loudest extrovert, providing comic relief in a year when players have spent more time together than ever before.

The Penrith five-eighth has long been a fan of his Storm counterpart, hoping to mirror Munster's rise after his own breakout season.

May: I wouldn't be here without Ivan

"He's so instinctive. He's a big frame and when he runs the ball, he runs to break the line," Luai said.

"I want to be like that, I want to play what is in front of me.

"When I was starting to come into grade, he'd played a few Origin games and was killing it.

"He stepped off his left foot four times and made a line break, I was like 'I want to be like that guy.'

"He's a freak on the field and a good guy off the field. I can't wait to go up against him." 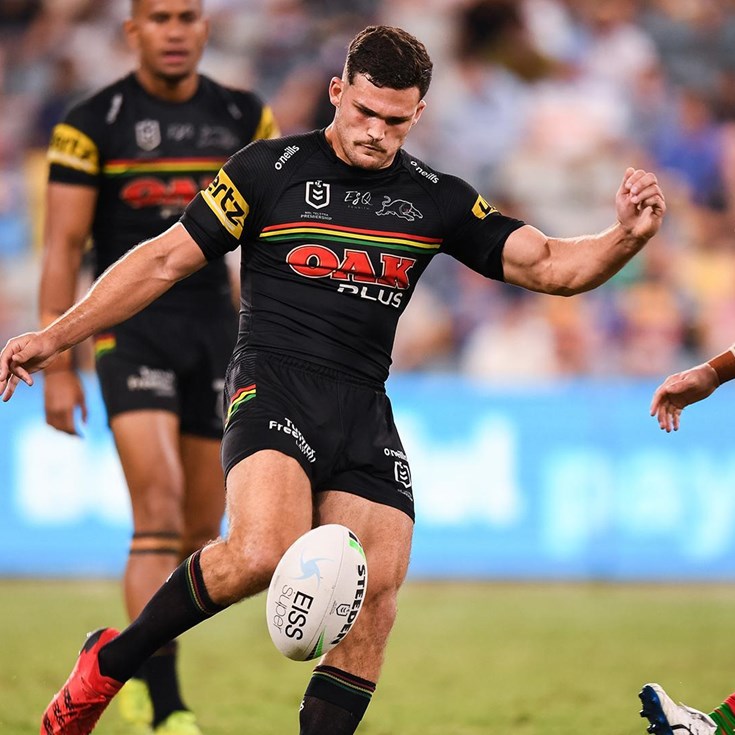