The Maroons have added five more players to their extended squad which now contains 14 players who are yet to play State of Origin football.

Raiders prop Josh Papalii, fresh from being named in the Dally M team of the year, has also been named with fellow Canberra prop Dunamis Lui who has been rewarded for outstanding seasons in the past two years of the NRL.

Su’A, who was formerly Queensland under 20s captain and represented his state at 16s and 18s level, had enjoyed a breakout year and was ready for the next step, according to Rabbitohs assistant coach Jason Demetriou.

"This year Jaydn has progressively got better each game and has learned to be a consistent NRL player and perform in the big games, especially over the last six weeks," Demetriou told NRL.com.

"He brings that aggression that Queensland will need. They need people who will go out there and play without fear, and Jaydn fears no one.

"He is as aggressive as they come and has been ever since he came through the Broncos under 20s, and he has learned when to use that and when to conserve his energy and be tight and  consistent with how he plays.

"The move up into Origin will be good for him and he will relish being around those elite players as well. Not only has he played a lot of footy this year, he has trained a lot as well and been able to stay healthy."

Storm back-rower Felise Kaufusi is a lock for the right-edge role and Su’A will battle it out for the other starting spot with Panthers forward Kurt Capewell, who was on the cusp of selection in last year’s Origin series. Cowboys forward Coen Hess is another option for new coach Wayne Bennett.

While Su’A has been playing on the right edge for the Rabbitohs he is equally at home on the left.

"I think attacking-wise he even plays a little bit better on the left because he comes off his left foot and plays nice and straight, but I don’t think it will bother him which side he plays on,” Demetriou said.

Allan, who represented the Prime Minister’s XIII last year, will not be available for the opening game of the series after accepting a one-match suspension for a shoulder charge in the preliminary final loss to the Panthers.

Demetriou said the 22-year-old’s Maroons squad selection was a fitting reward for the accomplished way he handled fullback for the Rabbitohs after a season-ending injury to Latrell Mitchell.

"Corey took over a difficult role in filling Latrell’s boots and he did it off the back of playing no reserve grade as well," Demetriou said.

"Our spine helped him a lot and he was able to realise what his job was and he stuck to it really well. The way he organised our defensive line against Penrith was outstanding and that is an area we have seen a big improvement in his game.

"Corey is starting to believe in his own potential which is important. The whole experience of being in camp with the Maroons will give him even more confidence and be a good lead-in to next pre-season."

The Maroons will name their final 27-man squad after Sunday’s NRL grand final.

Melbourne's Cameron Munster and Felise Kaufusi are certain selections, if fit, with the likes of Capewell, Tino Faasuamaleaui, Christian Welch and Brenko Lee the other likely candidates for the remaining berths.

The 21 players named so far will go into camp with Bennett on Sunday on the Gold Coast where they will watch the Telstra Premiership decider. The six players to be added to the squad after the Storm v Panthers showdown are expected in camp in the middle of next week.

* Additional players will be added following the NRL grand final 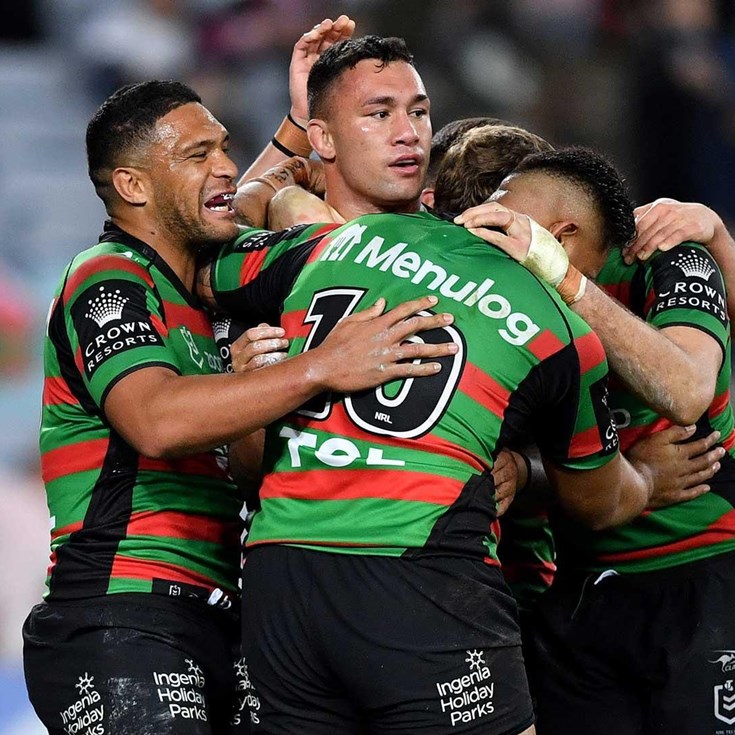