With the Telstra Women’s Premiership Grand Final between the Brisbane Broncos and Sydney Roosters expected to be a nail biter, every point matters.

Fortunately for the Broncos, the kicking prowess of the women's game's most accurate first-choice kicker, centre Meg Ward, may prove to be the difference.

Ward's hard work this season on fine-tuning her kicking, particularly conversions, has been boosted by a secret weapon - her dad, Warwick.

“I had about a three-week pre-season with the Broncos and during that time I couldn’t work,” said Ward.

“So every day, dad was saying to me ‘okay Meg, you have a day off, I will see you down at the footy field’. He had me down there constantly.”

Periodically that practice would include some friendly father-daughter competition.

“He isn’t a coach. He is a sports fanatic. But he did do a bit of kicking back in the day,” said Ward.

“We have had a couple of kicking competitions this year, but let’s just say the old knees and hamstrings aren’t what they used to be.”

Ward has continued that practice through the season. Each day she has arrived at training a bit early and kept practising.

“You just keep practising and hope that it comes together on the day.”

For Ward, it certainly has been coming together on the day. She is currently sitting at a 92 per cent successful conversion rate after kicking 11 goals this season.

That percentage is markedly higher than other regular kickers like Zahara Temara and Kirra Dibb and gives the Broncos a distinct advantage in what is expected to be a high-scoring affair.

Unfortunately for Ward, given the travel restrictions due to COVID-19, her mum and dad will be unable to come down to Sydney this weekend to cheer her on in the Grand Final.

It will certainly be a different experience for Karen and Warwick, given that they are Ward’s biggest fans.

“They follow me everywhere. They travelled to Sydney for the whole Women’s World Cup campaign and watched every game I played,” said Ward.

But just because Karen and Warwick can’t be at the game on Sunday, doesn’t mean they won’t be celebrating in their own way.

Each week of the NRLW so far, Karen and Warwick have held a small watch party. This week the entire family will come together to cheer Ward on in her third consecutive grand final.

Brown bracing for another tough battle against Roosters

When Ward reflects on the success of this Broncos team, it comes down to culture and a genuine love for the competition.

“We love this competition so much. We love the Broncos. We love that we get to be part of it,” said Ward.

“We established a great culture from the beginning and it has kept going because the new recruits buy straight into that culture and the ideas we have, performance and the standards we hold ourselves to.”

These standards are centred on the importance of kindness, decency and respect for teammates and staff.

“Once you walk into the change room, there are no phones allowed. We have to interact with each other,” said Ward.

“We make sure we all say hello as soon as we walk in the door. No matter who is around, you make sure you say hello to everyone.”

There is also a focus on the bigger picture and the ultimate goal, which is winning a third consecutive premiership.

Ward and her teammates are exceptionally grateful for the hard work that the NRL and all the clubs have done this year to make sure that the NRLW took place. It has demonstrated an ongoing commitment to women’s rugby league and signals how important the women’s game is.

Even with no more than a week together prior to the season starting, Ward has been impressed with the quality of the competition, particularly the New Zealand Warriors who were effectively a whole new team.

This quality suggests that the competition is ready to go to the next level.

“Next year, I think we probably need to do what we planned to do this year and expand the competition so each team plays each other twice,” said Ward.

“But I wouldn’t be surprised if next year or the year after we bring in a couple more teams.”

Ward knows that the talent is there and is convinced the game is ready.

“Some women missed out each week that are ready to be part of the competition,” said Ward.

“They only just missed out because of the talent in front of them so I think we are definitely ready for another two teams.

“This competition is only going to get bigger and better so bring on the next few years.” 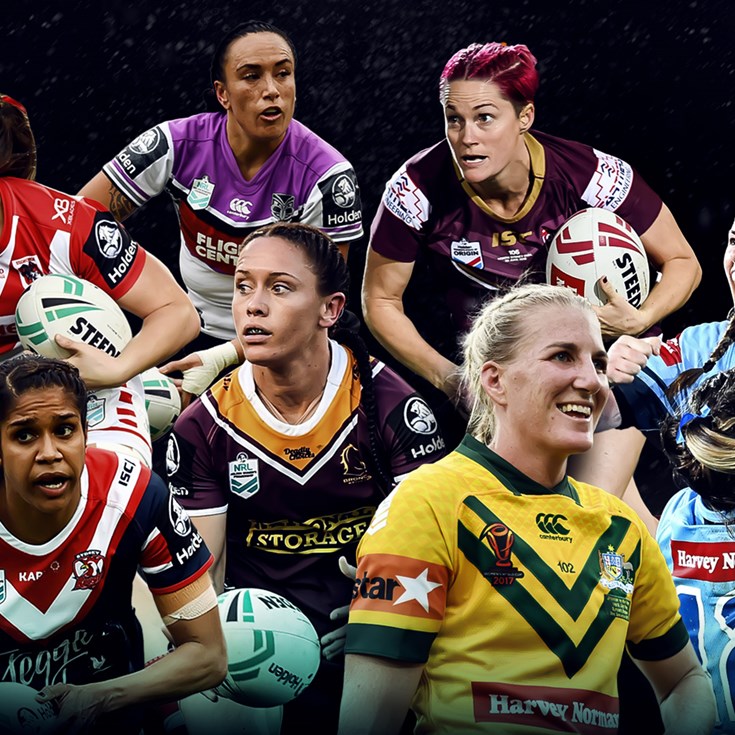 NRL Social: All Stars and plenty of baby love