As he waits to learn the fate of the Toronto Wolfpack, Sonny Bill Williams has joined forces with former Socceroo Craig Foster to campaign for refugees held in off-shore detention.

Williams, contracted to the Wolfpack for the 2021 Super League season, visited Parliament House in Canberra on Wednesday with Foster to call on the Australian Government to accept New Zealand's offer to take the 290 asylum-seekers remaining in Nauru and Papua New Guinea.

"I have been a long-time supporter of the refugee plight and there are 290 people living in sub-human conditions," Williams told NRL.com.

"We can’t even stand the thought of being in quarantine for two weeks, imagine living like that for seven years - but with no end in sight.

"More than 65,000 people have signed a petition and there is a solution. New Zealand is willing to take them but the powers that be in Australia are stopping them from going.

Good to catch up with a great human & champion athlete speaking out for vulnerable people @SonnyBWilliams ahead of our visit to Parliament House tomorrow for #GameOver to call for the resettlement to NZ of the remaining 290 refugees offshore + another great, Ricky Stuart 👏 pic.twitter.com/zqv6mSOLQN

"It is just common sense. Instead of spending taxpayer's money to keep them there, why not let them go to New Zealand. We are humans, aren't we."

Williams played five games for Sydney Roosters at the end of the season after the Wolfpack withdrew from the Super League due to COVID-19 restrictions but is committed to the Canadian club if they are allowed to rejoin the competition next season.

A decision is expected as soon as Friday, with each of the other 11 Super League clubs to decide their fate after prospective new owner Carlo LiVolsi tabled a new submission on the Wolfpack’s viability if they were permitted to return in 2021.

LiVolsi has promised to cover unpaid wages and honour contracts for all players, including Williams and Ricky Leutele, who joined Melbourne after the Wolfpack withdrew from the Super League.

Despite proving in the 22-18 semi-final loss to Canberra that he can still make an impact in the NRL with a 38-minute performance that included three off-loads, a try-assist, a tackle-break and a line-break assist, Williams will not consider any other options until the Wolfpack’s future is determined.

The announcement that Paul Gallen will fight former UFC star Marc Hunt at Bankwest Stadium on December 16 is certain to spark speculation of a bout between the former NSW captain and Williams, who has also been linked with a fight against ex-AFL enforcer Barry Hall.

Williams is likely to continue his charity work, which has so far included donating  $100,000 from a 2011 heavyweight bout in New Zealand to victims of a Christchurch earthquake and visiting a Syrian refugee camp in Lebanon after helping the All Blacks to victory at the 2015 Rugby World Cup.

"It was a different buzz being down in Canberra at Parliament House than on the footy field but if I can use my profile to help raise awareness for this cause then I am happy to do that," he said.

Hale and Watson rewarded for work in community

"Craig Foster and his team reached out to me, I think they had seen that I had done things in the past with refugees and they asked if I wanted to be involved. I am not a politician but you don’t have to be to understand that what is happening now isn’t right."

"We were just out having a feed and Ricky and his coaching staff came through so we had a good chat and a catch-up. He is a good man," Williams said. 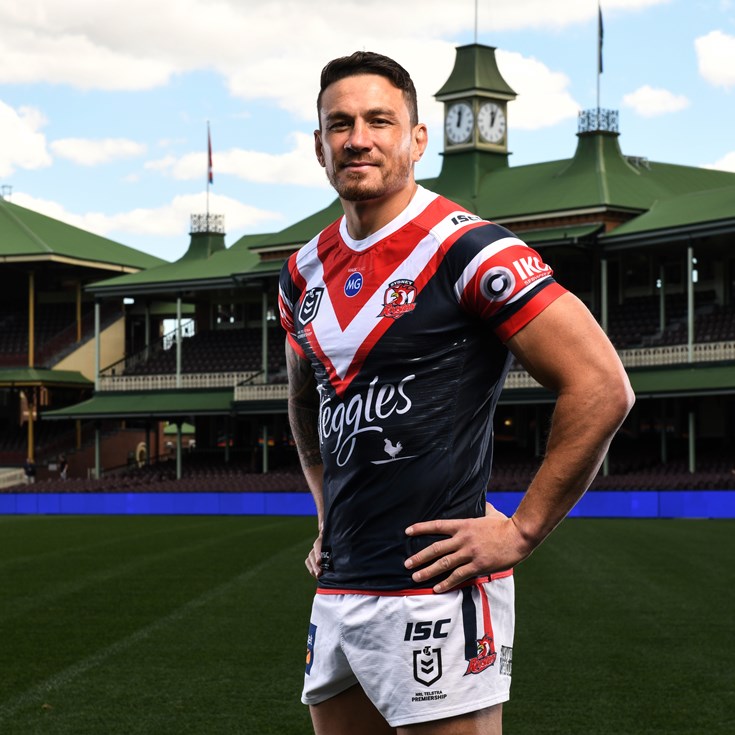 Robinson gives an insight into the 'aura' of SBW

‘Now’s the time’: Roosters set to unleash SBW against Raiders