Two-and-a-half hours sitting stationary on the flight from Brisbane to Adelaide was enough to cruelly scrap Brenko Lee's Origin dream and spark the centre switch-up behind a famous Queensland win.

Lee was forced to withdraw during the Maroons' pre-game warm-up before Wednesday's thrilling upset of NSW, having earlier in the day been cleared by Queensland medical staff to debut.

The Storm premiership-winner had strained his calf during Queensland's captain's run 24 hours prior, a training session that also saw Kurt Capewell struggling with a groin strain.

Upon arrival in Adelaide Lee raised concerns over his injury with the Maroons coaching staff, prompting a pre-game fitness test and, ultimately, Phillip Sami's last-minute salvo for his own maiden Origin outing.

Capewell in turn played the game of his life at left centre as he battled through injury while Dane Gagai was superb as well in switching to the right edge "about an hour and 15 minutes before the game" according to Wayne Bennett.

"I wasn't hiding anything from the media I can tell you that much," Bennett said of Lee's injury drama and subsequent team reshuffle.

"He left training late in the session on Thursday.

"It was sore, so we took him for scans, but there was no bleeding and there was no suggestion of a tear anywhere.

"So everyone thought today that it would settle down and he'd be right to go. We proceeded on that basis.

"Phillip Sami had no idea he was playing until about the same time Dane Gagai did.

"We got here this afternoon and [Lee] said it was feeling pretty sore and he wasn't confident in it.

"We got him dressed and changed earlier than everybody else and got him out on the field [for a fitness test].

"The physios reckoned in about four or five minutes they would sort it out.

"And in about a minute and a half they said 'he's not right to go' so we put Phillip Sami in and put Gagai there."

Capewell laid on a try that will go down in Origin folklore for AJ Brimson, kick-starting Queensland's comeback from 10-0 with what Bennett described as "the most awkward kick I've seen in my life".

The Panthers back-rower eventually succumbed to his injury with a few minutes remaining as the Maroons grimly defended an 18-14 lead.

He told reporters after full-time that he expects to be fit for next Wednesday's clash at ANZ Stadium, while Bennett is "hopeful" Lee will be available once more.

Cowboys star Valentine Holmes also comes back into the frame after missing Origin I through suspension, as will Corey Allan.

Holmes's prowess as a finisher, his eight tries from five Origins before his NFL sojourn making for an unrivalled strike-rate, is expected to see him come on to the flank for Sami.

True to form, Bennett was reluctant to drum up hype around what will go down as one of Queensland's most famous wins in his post-match press conference.

Dressing shed vision did show the veteran coach dancing among his Queensland players after full-time, but when it came to the formalities Bennett was already casting ahead to Origin II.

"I'm not sure what category you put that in but it's pretty special," Bennett said.

"But they've just got to be tough enough mentally to come back and repeat what they did here tonight. That's the first challenge, they've got the ability to do that.

"The hard thing is coming off a high and having to come back in seven days and play again a team that's been beaten, that will have a different attitude to what we'll have."

Munster scores as the Maroons lift 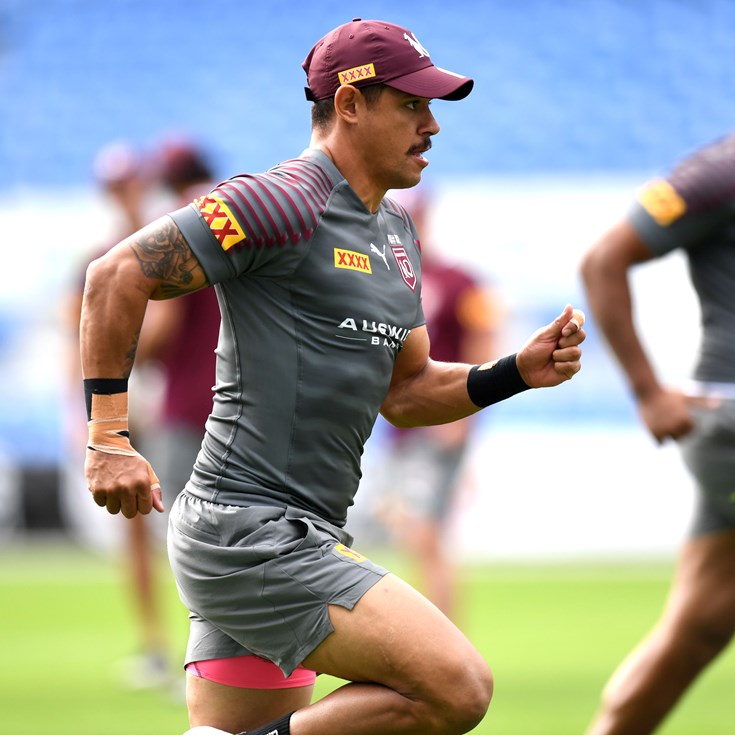 Lee's remarkable 12-month journey from no contract to Origin camp