Bennett was referring to a report in The Courier Mail on Wednesday morning that revisited a hostile battle between Fa'asuamaleaui and Haas as teenagers in a schoolboy clash three years ago.

Both players were sent to the sin bin for punching in a 56th-minute incident that left Bennett concerned each player could miss the decider in a week if charged by the match review committee.

The charges were announced on Thursday with each player facing a fine.

"I knew deep down today there was going to be a blue here tonight," Bennett said.

"I've worked with you guys for a long period of time now so I know you'll take no responsibility for it but that was a headline in Brisbane today.

"Wherever it came from about him going for each other, they're young men, 20 years of age, and headlines like that just throw fuel on to the fire.

Coates leaps his way to another Origin try

"If that's not a headline today I don't think that happens tonight. They both would've read the paper today and it stirs the emotion in them, that's my point.

"They've got to be responsible for their actions, I accept that, but you're talking about 20-year-olds with headlines about two years ago and their dislike for each other.

"That fight didn't come from nowhere tonight, it was already brewing from this morning and the background as well."

Papalii close to the line, you know what happens next

Bennett said he was reluctant to discuss the matter with Fa'asuamaleaui before the game but indicated he was aware the story had been written.

"I didn't want to, I hoped it had blown over and they got on with life but deep down I just knew that wasn't going to happen," Bennett said.

"It's easier to criticise them when they have to take some responsibility for it but it’s the type of headlines as well they just don't handle, and they didn't handle it well tonight, either of them."

While the pair will face nervous waits ahead of next week's decider in Brisbane, Bennett's men need to turn around a 24-point loss in seven days after NSW outclassed the Maroons 34-10 to level the series.

"We lost it in seven days so I reckon we can get it back," Bennett said.

"I don't think they would've lost a lot of confidence in themselves, they all know they can play better than they did tonight.

"It was more down to attitude than anything else. They just weren't there and were pretty happy with themselves after last week's victory obviously.

"There was about 10-15 per cent difference between our performance tonight and what was there last week and you can't do that in this competition.

“I said in a pre-match interview I was concerned about guys who played their first Origin game last week having to back up again tonight.”

"They out-enthused us and were much better than we were. We looked like we were struggling in areas so full credit to them (NSW)."

In a boost for the Maroons, Bennett was confident Cameron Munster would be available after lasting just two minutes before succumbing to a head knock.

"He's fine. I would say all indications are he's fine and has no history of head knocks so it all helps," Bennett said. 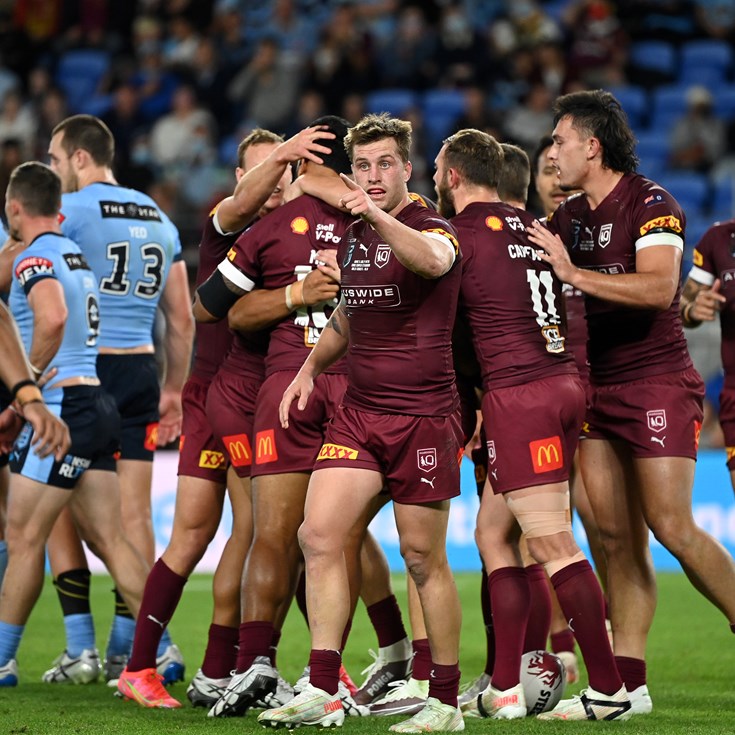