Calls for an NRL transfer window may become redundant if players were forbidden from seeking a release from their current contract to sign with another club on a bigger deal.

A number of other clubs have offered in principle support for a proposal by Wests Tigers chairman Lee Hagipantelis to prevent players seeking to get out of contracts so they can earn more money elsewhere.

Most believe the current contracting model needs to be reviewed because at the moment every NRL player could virtually be viewed as being on the market all of the time, creating a never-ending cycle of speculation about deals and moves.

Others, rightly, argue clubs are far from blameless as players are regularly moved on or told they would be free to find a deal elsewhere to free up room in the salary cap to sign someone else.

Queensland Origin prop Christian Welch took to Twitter on Thursday to point out that loyalty is a "two-way street" and some players have been told not to report to pre-season training despite being on long-term contracts.

It is a two way street..not one mention of the many, many times players get moved on mid contract by clubs...🧐 https://t.co/xcQYgRCuqY

South Sydney CEO Blake Solly also cautions against disadvantaging lower-paid players such as Bayley Sironen - the Rabbitohs were happy to release him to take up a bigger deal with the Warriors as they had no scope to increase the value of his contract in the immediate future.

However, Solly is among those who believes contract reform needs to be explored.

The ARL Commission discussed this issue at a meeting on Wednesday and will seek talks with the RLPA about changes, including the possibility of a transfer window system.

It continues on and I think it is an issue that has to be addressed.

In the meantime, Tigers CEO Justin Pascoe is due to meet NRL chief executive Andrew Abdo to outline his club’s proposal to prevent players who seek a release from signing a bigger-money deal with a rival club.

"It is definitely something that is on the agenda for discussions with the NRL," Hagipantelis said.

"The public and our fans and members on social media have been very supportive of the proposal as such but it continues on and I think it is an issue that has to be addressed.

"We have seen it only recently with players moving on compassionate grounds and establishing a significant financial advantage in doing so. That needs to be looked at very carefully.

"I think in principal the proposal has found support and it is something the NRL will no doubt look at very closely."

The catalyst for Hagipentalis - the principal of Brydens Lawyers - and the Tigers to decide action was needed was a stand-off with prop Josh Aloiai, who told the club he was unhappy and intended to play elsewhere next season.

Aloiai was eventually released to join Manly but only after the Tigers extracted a transfer fee from the Sea Eagles and replaced him with Tongan forward Joe Ofahengaue on a deal in which Brisbane are paying part of his contract.

It was good business by the Tigers, who also recently signed former NSW Origin centre James Roberts on a cut-price deal after he was released by South Sydney.

However, the Tigers are fed up with the constant turnover of players.

Just 12 months ago, they lost Ryan Matterson to Parramatta in similar circumstances to Aloiai after the strike second-rower declared he no longer wanted to play for the Tigers and demanded a release.

Manly wanted Aloiai to replace star prop Addin Fonua-Blake after he sought a release for family reasons and joined the Warriors, while the Sea Eagles also signed winger Jason Saab from St George Illawarra after he claimed the drive from western Sydney to Wollongong for training was too far.

All are believed to have earned significant wage increases, with NRL.com told Saab was being offered to rival clubs for more than double the value of his contract with the Dragons before signing with Manly.

Not surprisingly, St George Illawarra CEO Ryan Webb offered support for the proposal by Hagipantelis and the Tigers.

"I would definitely be keen to have a conversation as I think the concept makes sense in principle," Webb said.

Another club boss said: "As soon as a player gets disgruntled they can shake the tree and know there is a good chance something will fall.

"Transfer windows might make a difference but a lot of it may be corrected automatically if a player couldn’t get a financial advantage by walking out on a contract."

Transfer window worth a look

NRL player agent David Riolo, who manages Canterbury-bound playmaker Matt Burton and Dragons recruit Jack Bird, is among those to suggest a transfer window could be beneficial for the game.

"I think a transfer window could be something to be looked at," Riolo told SEN radio.

"You’d get a lot done and I think you would get a lot of hype and you would probably get a lot of good media out of it with positive stories for clubs and players as well rather than the constant bidding and rumour mill."

Under the current system, a player like Bird must be paid the full value of his contract if he changes clubs and the Broncos are believed to be contributing about 50 per cent of his deal to play for the Dragons next season.

However, the Bulldogs could pay Burton more next season than he is receiving from Penrith if the five-eighth was able to get out of the remaining year of his contract and make an early move to Belmore.

In other words, a player’s pay is guaranteed for the term of his contract even if his club no longer feels he is worth the money they signed him for and wants to offload him.

However, a player can earn more if a rival club offers a bigger deal and he can secure a release.

If the changes proposed by the Tigers were adopted, players would be less likely to sign long-term deals – particularly young players like Saab, who had signed for five years with the Dragons.

While most clubs support reform to the contracting system, many are also wary of unintended consequences caused by any change.

"It is something we would consider but there are cases where clubs are happy to give permission for a player who has earned an opportunity to take that up, looking at someone like Bayley Sironen as an example," Solly said.

"But provided there is a mechanism for some flexibility, we would be happy to consider it."

Welch, who was a member of Melbourne’s premiership-winning team, said players needed protection from clubs trying to squeeze them out before their contract expired.

"Clubs can make life very difficult if they try to stick it out," Welch said on Twitter.

"I've heard stories of clubs blatantly saying don’t bother coming back for pre-season with years to run on deal. [It] leaves players in tough predicament - banished to reserve grade permanently for future deals.

"The narrative that a player not living up to his contract so let’s just flick him contributes to this. You want players to honour contracts, let’s make sure it goes both ways then."

Cronulla halfback Chad Townsend also tweeted: "What about when a club asks a player to leave. It happens both ways". 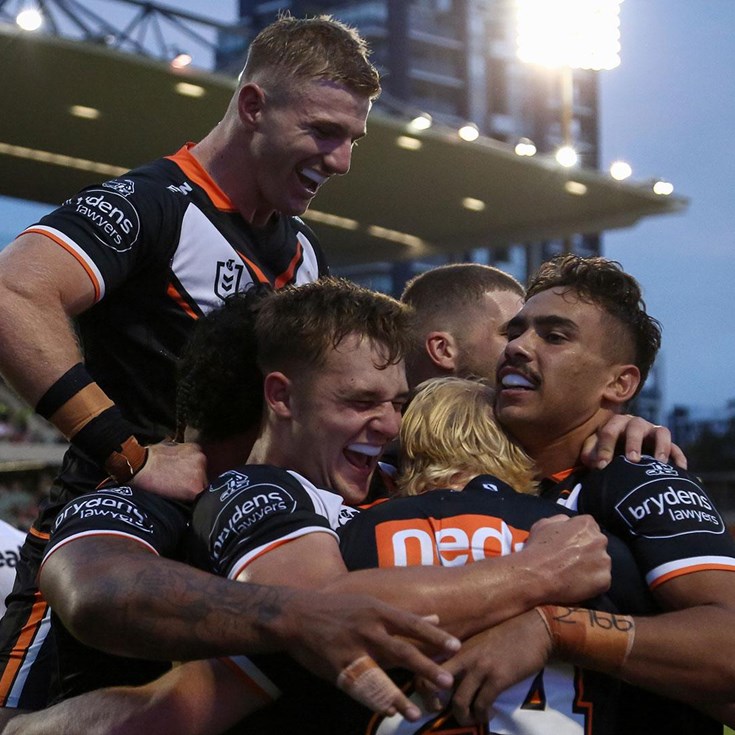