Newcastle coach Adam O'Brien expects to be without Kalyn Ponga (shoulder) and Blake Green (knee) for the opening of the 2021 Telstra Premiership season as both recover from surgery.

O'Brien confirmed to NRL.com on Friday that star fullback Ponga was unlikely to be available for the side's round one clash against Canterbury after undergoing a shoulder reconstruction in October.

Green will be six months into rehabilitation by the time the 2021 campaign rolls around in March after suffering an ACL rupture in his third appearance for the club in August.

"Blake and Kalyn will be the two that may miss the start of the season but I don't expect it to be a lengthy time at all," O'Brien said.

"We've had a few other guys that have had surgeries but they're all on track and come the first or second week of January we should have everyone on deck and training."

Injuries were the topic of the club's 2020 campaign with new recruit Jayden Brailey (knee) and livewire Connor Watson (achilles) sidelined with major injuries, while Andrew McCullough (hamstring) has returned to the Broncos.

With a view to keeping Watson in a roaming lock role next year, O'Brien is likely to turn to Tex Hoy and Kurt Mann to replace Ponga and Green in the spine for the early rounds if required.

"If there is one thing I have learned from the season just gone is you need good depth," O'Brien said.

"Not only for injuries but also for form with competition for spots. I don't want to be just handing out jerseys. I want guys chasing after them.

"There will be opportunities for Tex and even Phoenix Crossland, I have no doubt."

The Knights have lost a host of experience in the forward pack over the off-season with the retirements of Tim Glasby and Aidan Guerra, plus the departures of Sione Mata'utia and Herman Ese'ese.

However, O'Brien believes the arrival of NSW and Australia back-rower Tyson Frizell, who will join the team in January, will ease help ease the blow.

"To add a guy like Tyson, in particular, is a great example for our younger blokes in how to prepare and perform each week," he said.

"I think he'll suit our team and town. We're fortunate to be getting someone of his character and ability." 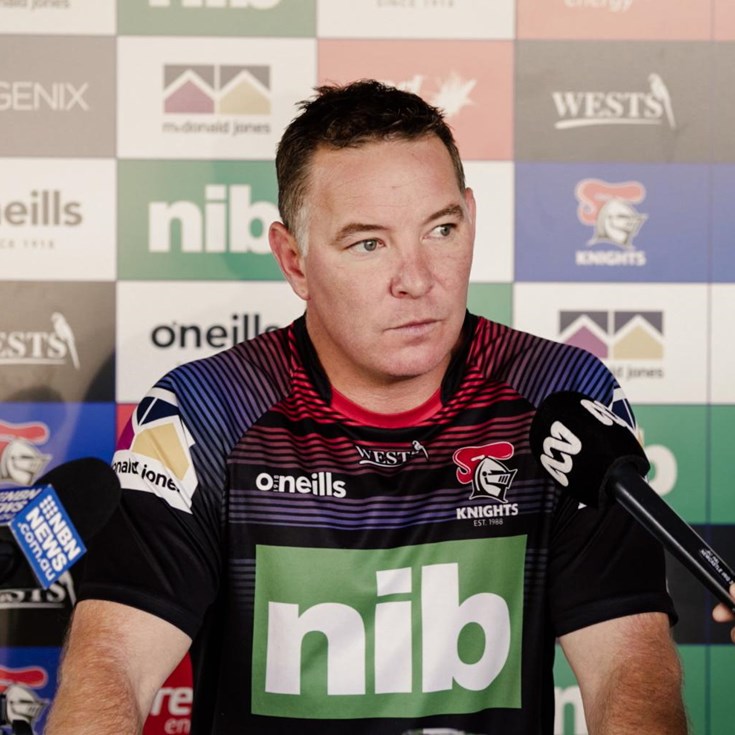