"If you're not having fun in a sport, then why would you do it?"

These were the words Tino Fa'asuamaleaui's mum Dianne used in 2012 when saying she was proud of her son's achievements at the time, but what was most important was he was enjoying himself.

Is he still enjoying himself?

"Yes," the 20-year-old said emphatically, adding 2020 was "so much fun", winning the NRL grand final with Melbourne Storm and being one of 14 debutants to help the Queensland Maroons claim victory in State of Origin.

Fa'asuamaleaui said he still had to pinch himself often to make sure winning with Storm and the Maroons was all real.

"I look back at highlights, and even seeing photos of me in the Maroons jersey, I just think... 'is that real?' I can't really believe it," Fa'asuamaleaui said.

"I just think 'far out, what a year it was'. Just can't wait for more. Hopefully I can have another good year this year and get in the Maroons jersey again."

In the sheds: Tino Fa'asuamaleaui

The towering talent, who has joined the Gold Coast Titans and whose younger brother Iszac has joined the Junior Titans program, said the whole Origin experience made him hungry for more.

"Origin was amazing... it was everything I've ever dreamed of," Fa'asuamaleaui said.

"It was actually so good. I wasn't nervous. I think all the leadership boys - Papalii, Cherry-Evans, even Wayne - all of those fellas gave me confidence to go out there and do my job and play the way I play. I wasn't nervous any of the games.

"It was weird, it sounds weird, but I felt like I'd been out there for years because the boys gave me that much confidence. It was so much fun... makes me want to train even harder to get there again.

"I'd love to be that No.13 for a couple of years, a number of years... but I've got to work hard and keep doing what I'm doing to be able to stay there. Hopefully I get in the team this year and re-join all the mates."

Fa'asuamaleaui said pre-season at the Titans so far had been good despite his legs and lungs being "a bit rusty".

"It's good to be there with the boys... all working hard together and having fun too," Fa'asuamaleaui said.

"Can't wait until Round 1 already. There's a good, positive vibe around the club and all of the boys have been working really hard. We do have a good squad and it'll be good if we can transfer our hard work into games. As long as we're improving each week, and improving in the pre-season, that's all that matters.

"I just can't wait to get out there and put the jersey on with the boys.

"Loving it. So happy I made the move."

Fa'asuamaleaui said his first goal for the year was "just to get through the pre-season healthy and fit".

"That's always my main goal... if you're not healthy, you're not playing footy," Fa'asuamaleaui said.

"I just need to do all of my recovery and stay fit and healthy. Turn up in Round 1 with hopefully no injuries and ready to go."

Fa'asuamaleaui said he was very excited for his younger brother, who would most likely play for Burleigh Bears in the Intrust Super Cup.

"He's had a few injuries along the way but growing up he's always been the better brother," Fa'asuamaleaui said.

"It would actually be a dream come true (to play with my brother). I'd love that. All that hard work we did when we were younger together, he was always there. He's always been there. He's been a bit unfortunate with injuries and that, but it would be so good. The best.

"Representing our last name and our family, running out together would be so good. I see the Bromwich brothers, how close they are, having fun it is to play footy together. I'd love to be able to do that with my brother, but we've both got to work hard and hopefully in the future we can run out together." 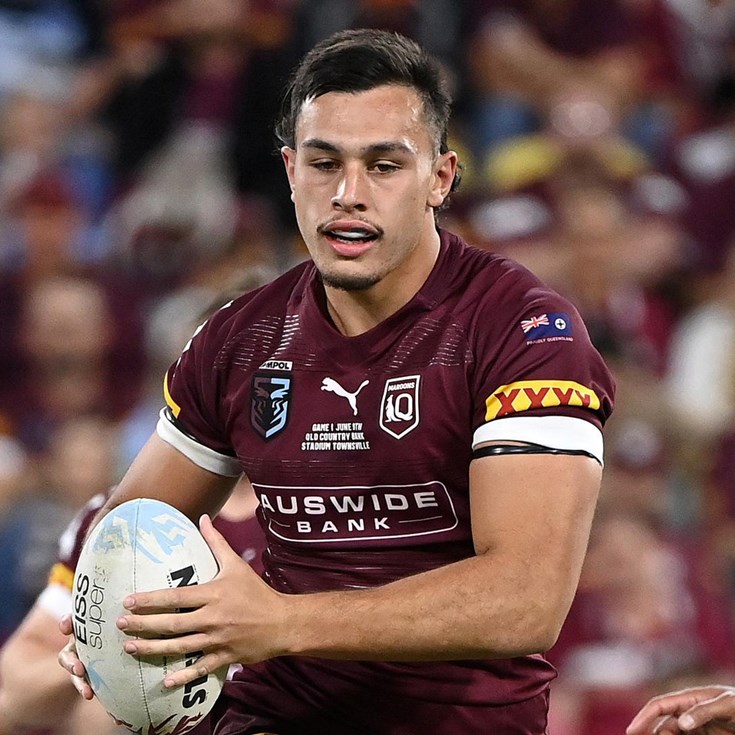 Tino's simple philosophy to ensure Maroons back up 2020 heroics