Broncos youngster Tesi Niu is a chance to form a right-edge combination with his boyhood idol Anthony Milford, who he admits to still being a bit "star-struck" around.

Niu said he'd been "training at centre this whole pre-season" and could assume the role in round one with coach Kevin Walters needing to plug the gap left by an injured Kotoni Staggs.

Staggs isn't due back from an ACL reconstruction until about round 13, presenting a big opportunity for 19-year-old Niu, who came through the ranks as a fullback and made his NRL debut last year.

Scans on Tuesday revealed Milford had suffered a broken hand, putting him in doubt for the club's season-opener against Parramatta and potentially delaying his edge partnership with Niu.

Having only re-signed with Brisbane for 2021, Niu declared he wants to stay at Red Hill long-term and hopes to nail an NRL spot.

"Centre looks like the position I'll be playing," said Niu, who has experienced life on the edge for Souths Logan in the Intrust Super Cup and the Queensland under-18s team.

The Tongan international said he'd added some size to his frame to handle the rigours of playing in the frontline.

Niu and Milford's relationship stretches back to when the former was a 12-year-old at Marsden High School in 2015 and the already-established NRL star was part of a student mentoring program.

Both hailing from Inala, and with Niu being part of the Broncos' elite development program from a young age, they created a bond that may be strengthened by defending alongside one another.

Even despite knowing Milford for years now, it's hard for Niu to comprehend that he's among his peers.

As for any words of wisdom given to him by the mercurial five-eighth, Niu said: "Be professional and just be yourself, keep level-headed, be a good person on and off the field."

It would seem he has already heeded that advice.

"My mentality is don't get comfortable and don't be comfortable where you are. Paying the rent every day," Niu said.

Elsewhere, Niu praised Walters and said there was a good vibe around the club despite their last-place finish in 2020.

"Kevvie's had a big impact on us boys, hard work, but enjoying training and off the field with the boys," he said.

Niu also called hooker Andrew McCullough "one of the greats" at Brisbane and hopes the club can retain the 31-year-old veteran amid talk he is wanted by St George Illawarra, who need a No.9 for 2022 at least after captain Cameron McInnes signed with Cronulla. 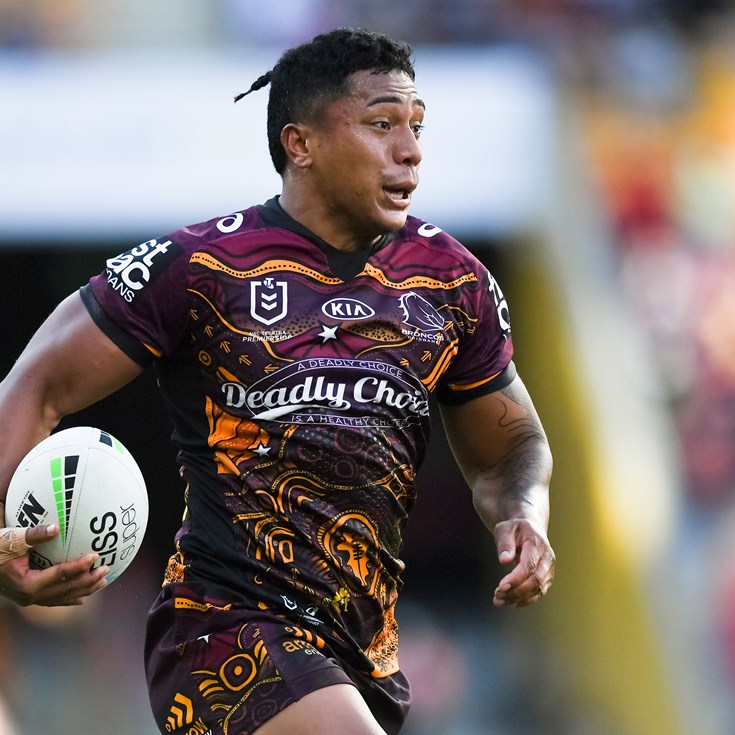 Tesi knocks back rivals for Niu deal and long-term No.1 shot