For more than a decade Kevin Walters and Allan Langer terrorised defensive lines as a halves combination that guided the Broncos to four premierships in seven years.

For Brodie Croft, who was only alive for two of those triumphs, he is relishing the chance to have a halves-heavy coaching staff who can relate to his recent on-field woes.

Croft's arrival at the Broncos on a three-year deal last season was seen by some as the final piece to a premiership puzzle.

He started well with two wins but it all ended in disaster as the club collected its first-ever wooden spoon.

The 23-year-old will go into the 2021 Telstra Premiership season among the playmakers with the most to prove after last year's campaign.

"Things weren't going great as a team and then individually I was overplaying my hand and trying to find things that weren't there," Croft said on Tuesday when asked to reflect last season.

Croft slices through the Eels

"I thought I questioned things I was doing too much and went away from what I knew my strengths were.

"That's why 'Kevvie' has been good to simplify things and strip it right back."

Asked what Walters wants Croft to particularly focus on, the former Storm playmaker said playing with a clearer frame of mind was a priority.

"Just keep it simple … run the football, take the line on and be aggressive in defence," he said.

"I know what I'm capable of, my talents and strengths, and the weaknesses I need to work on. I just want to get back to playing my best brand of footy."

Walters' old-school approach of restoring the Broncos' culture has been the cornerstone of the club's pre-season after hitting rock bottom in 2020.

"Certainly football-wise 'Kevvie' has been good here bringing us together as a group and bringing back the old Broncos culture that he was a part of in the 1990s that was so successful," Croft said.

"He's brought in a lot of [former] guys to have a talk about what it meant to them to be a Bronco.

"He's been great, he loves to take our halves aside during sessions and is good to strip it back and keep it simple.

"It's cool that we get to be coached by Kevin, Alfie, who took this club to so many premierships as a halves combination.

"That's something we want to bring into the season, that's for sure."

The Broncos will have their final trial of the pre-season in Redcliffe on Saturday, providing Croft with his first hit-out of the year before round one against the Eels.

The game will act as a testimonial match for Broncos veteran Alex Glenn.

"It will be good to put into practice the systems and structures we're going to work towards this year," Croft said.

"We'll get a good indication after this trial match. I feel like I've been training good but it's all different when you get into a game.

"The boys had a decent trial on the weekend and we want to build from that." 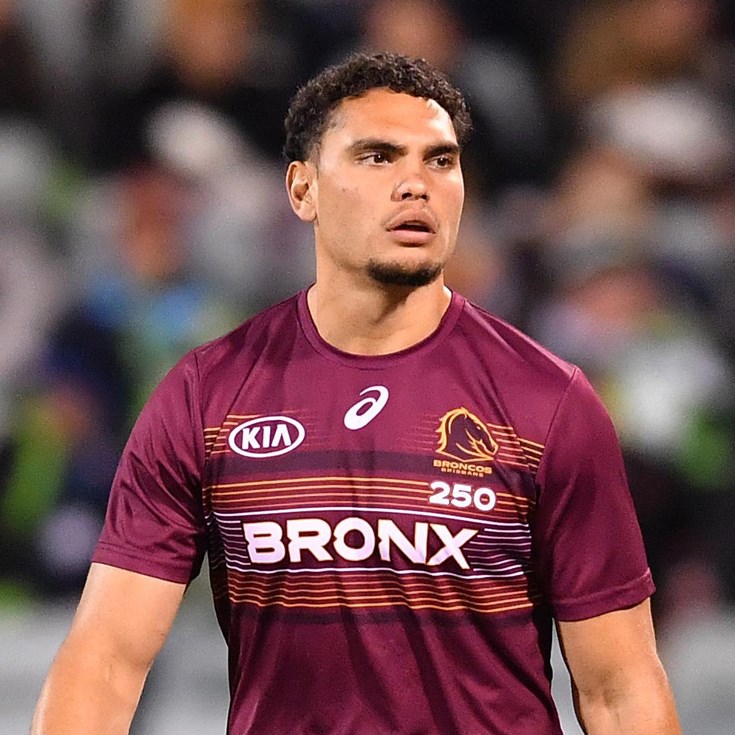 Why Walters recalled a ‘settled’ Coates