State of Origin enforcer Nathan Brown wants to stay at Parramatta beyond 2021 but says contract negotiations are yet to start.

The rugged lock isn't the only Eels star entering the season with his future up in the air - off-contract winger Maika Sivo said he "loves" the Eels but is trusting his manager to sort out the next phase of his career.

Although his stocks have risen, he told NRL.com on Monday that Parramatta so far haven't tabled an extension.

"I'd like to stay at Parra … Everything happens for a reason. I'll just play good footy and we'll see what happens," he said, before adding that he was optimistic of talks beginning "soon".

"Hopefully I stay, but we'll see what happens," he continued.

Brown has been with the Eels since 2017 after time at Wests Tigers and South Sydney. He celebrated his 100th NRL match in October's semi-final loss to the Rabbitohs.

The forward said he gained a lot from training and playing alongside the cream of the crop at Origin level following Parramatta's demise.

"It was a great experience. Hopefully, I get the opportunity to represent my state again this year," he said.

Regarding Sivo, the destructive winger's agent contacted rival clubs in January for expressions of interest, according to Nine newspapers.

Both the 27-year-old, who has scored 37 tries in 46 appearances in blue-and-gold, and fellow Eels winger Blake Ferguson are unsigned for 2022.

"My manager has been doing all the work," Sivo told NRL.com.

"All I'm focusing on now is to play consistent footy, good footy, and let my manager do his job. I love it here. This is my third year [at Parramatta] and I love the people at this club."

Unable to fly to Fiji during the off-season, Sivo spent a few weeks in his adopted NSW home of Gundagai, where he was taken in by Kathy and Don Tuckwell upon arriving down under in 2015.

"I was just with family," Sivo said.

"I didn't want to stay at home all the time, so I had a couple of fundraisers down there and I'd just go and give out my boots and jersey to help the fundraising ... I like helping people."

The barnstorming finisher, who said emerging players like Haze Dunster are "pushing him harder", noted that Parramatta finished fifth in his debut season before coming third last year.

Eels fans will hope the trend of improving two ladder spots continues. After a couple of underwhelming playoffs series, there is external heat on the club to take the next step to title contention.

Asked if he felt it was strange that some critics had deemed their 2020 campaign an overall failure, Brown said: "Not really, because we fell out of the second week of the semis two years in a row.

"I can understand why that comment has been said, and I guess it's fair enough because we haven't played in any grand finals yet."

Clint Gutherson said such analysis comes with the territory.

"No matter what sport you play, if it's in a professional spotlight, you're going to get pressure put on you – if it's a player, if it's the staff, if it's the club, if it's the head of football," the captain said.

"Whatever it is, you're always going to have pressure on you. That's why you play, you've got to be able to perform under pressure." 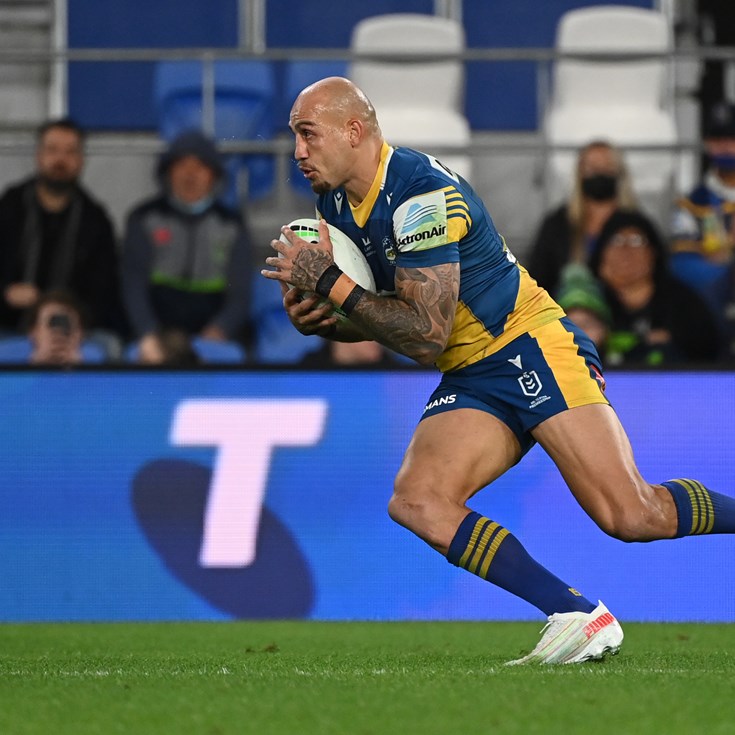