Bromwich will lead Melbourne out in his 250th game against the Eels, more than a decade after Arthur - then an assistant coach at the Storm - first invited the Kiwi prop to join under 20s training.

The story goes that younger brother Kenny had tipped Arthur – then coaching Melbourne's NYC team – that his older brother Jesse was the real talent in the family, with Arthur duly inviting the big-bodied prop to training.

Arthur still didn't clock who Bromwich was when the 194-centimetre teenager stood on the sidelines, and for a brief moment even wondered if he was spying on his team.

But the now-Eels mentor bailed Bellamy up soon after watching the elder Bromwich pull on his boots and outrun the rest of his under 20s squad, telling him the Auckland native should be playing on the weekend and needed a contract sorted.

"I remember that Kenny was here and Jesse came down from Orange for the weekend and turned up and Brad saw him saw him on the sideline," Bellamy said when reminded of Bromwich's rise on Wednesday.

"I don’t know if he picked him out or if he was short on guys for training... but he has done us a huge favour, so thanks Brad.

"Jesse's a great clubman and has been a wonderful player for us.

Bellamy: 'Jesse has had a huge influence on the team'

"He won three of our best player of the year awards even when our Big Three were at their best."

Now co-captain alongside injured teammate Dale Finucane, Bromwich has been the Storm's softly spoken building block for more than a decade.

His rise out of the 2010 salary cap scandal that led to the departure of props Brent White, Aiden Tolman, Jeff Lima and a year later Adam Blair cannot be overstated given Melbourne's resurgence and Bromwich's own endurance.

He has ranked among the game's elite props for much of that time, but has never looked like leaving the Storm each time his contract talks roll around.

Despite the latest rule changes aimed at speeding up the ruck even further, Bellamy was impressed with Bromwich's efforts in the middle against South Sydney last week.

"I like what I saw from Jesse in our pre-season," Bellamy said.

"I think he’s stepped it up a little more and he’s only the sixth guy from our club to play 250 so that’s a big honour in itself.

"To play 250 is a wonderful achievement and with the way he has played, it just goes to show the professional that he is."

While Bromwich leads the Storm into their post-Cameron Smith era, Arthur himself said he never expected anything but the impressive round-one showing from his old alma mater.

Every try from round 1

"Anyone who is going to take Melbourne lightly and doesn't expect them to be at their best every week is probably watching a different game to me."

Both sides will field largely unchanged sides from round one, with Eels back-rower Marata Niukore the only addition to the Parramatta team that downed Brisbane last week.

He returns from suspension to replace Keegan Hipgrave, while Storm centre Brenko Lee (hamstring) is expected to be fit for selection again in round three. 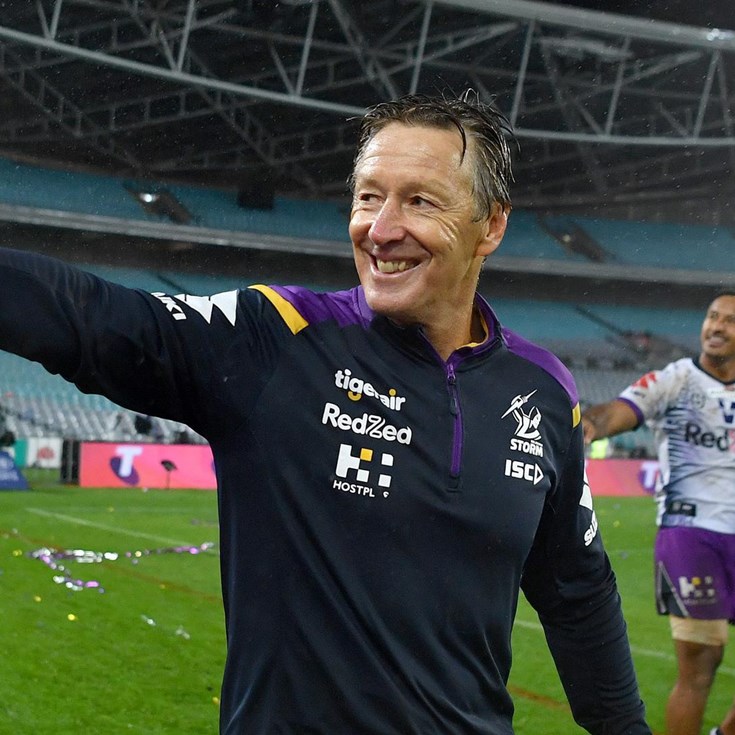