Warriors coach Nathan Brown believes Sean O'Sullivan is the best like-for-like replacement for Chanel Harris-Tavita but, in a bizarre twist, O'Sullivan's father Peter may recruit another playmaker who could push his son out of the team.

Harris-Tavita is set to miss 12 weeks with a broken foot and with Paul Turner the only other playmaker in the squad following the recent release of Karl Lawton, the Warriors have no other recognised half or hooker back-up if further injuries strike.

That's where recruitment manager Peter O'Sullivan will get to work, looking for players who could come in and potentially take the spot from Sean.

Brown effectively put a line through former Broncos, Sharks, Panthers and Cowboys hooker James Segeyaro, who will be available after a drugs ban in June, and would not be drawn on ex-Kiwi rake Danny Levi who is without an NRL deal.

"James Segeyaro hasn't been playing footy, it's been a long time since he played," Brown said.

What makes a good defensive fullback

"We'd want to bring someone in who's ready to play. Sully is watching lots of footy, he'll come up with some names for all the staff to have a look at.

"As of this minute there's not really anyone available that's of interest to the club. As I said over the next four or five weeks I'm sure something will pop up."

In the meantime, Brown is confident Sean O'Sullivan is the right man for the job of keeping the Warriors' season on track.

"Both have got a left foot kick. Chanel's quite a strong ball-carrier but Sean's a very good organiser and certainly understands the game well."

The 22-year-old former Rooster and Bronco has suffered untimely injuries when opportunities have arisen in his young career but now has a chance for an extended run in the top grade.

"He hasn't had a real good chance to make a good account of himself but he certainly understands the game well, I'm sure he'll help point the team in the right direction," Brown added.

Turner still has a few things to work on in his game but is very much part of the top squad, according to the coach.

"Sometimes it's about getting combinations," he added.

Every try from round 2

"Seany was a nice like-for-like, they both can help organise the team a bit which takes a little bit of pressure off Kodi.

"Pauly Turner's in the squad but Pauly's got some areas we'd like him to keep chipping away at too. Pauly's got quite a bit of talent there, he's like a lot of younger kids, sometimes they just need an opportunity."

While there is a strong desire within the club to recruit at least one more player who covers halves and/or hooker, Brown said he wasn't interested in a player who couldn't come in and be NRL-ready pretty much straight away.

"There's been a desire to bring a hooker in pretty much since Karl ruptured his Achilles in December but unfortunately if there was one or two we were interested in the clubs they were at wouldn't want them to go because of similar situations themselves," Brown said.

"Manly's very short, the Roosters have got a few problems themselves (with Jake Friend injured and Sam Verrills not yet back from a knee reconstruction) so there's a number of clubs out there that are just sort of hanging on by the skin of their teeth in the hooking department.

"But we're quite hopeful that over a period, once you get to round six or seven there's always players at clubs that aren't playing and we're hopeful of someone coming up then.

"But the hooker and half area are certainly two positions with Karl's longer-term injury being able to play hooker and in the halves and then obviously Chanel's long-term injury they're certainly an area we need to strengthen if we were to get another injury or so."

Brown said he could not comment on whether the club was a chance of getting Brisbane fullback Reece Walsh early and whether they would be prepared to let a player go to do so. 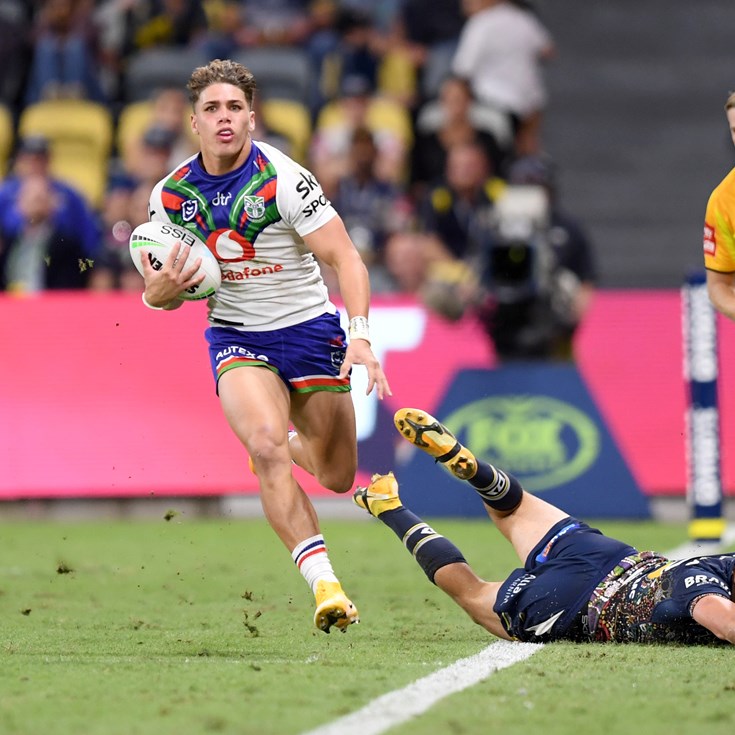