Warriors captain Roger Tuivasa-Sheck has revealed the role he played in helping to recruit Reece Walsh as his replacement and hopes to work with him in a mentoring role if the Broncos rookie can secure an early release.

Tuivasa-Sheck, who will switch codes at the end of the season in a bid to play for the All Blacks at the 2023 Rugby World Cup, met with Walsh several weeks ago and convinced him the Warriors were a club on the rise.

"I had a coffee with him and he seems like a real down-to-earth person and that is a good value straight away," Tuivasa-Sheck said of the 18-year-old fullback.

"I think he's going to do really well here, especially with the pack we have now.

"He's young, he's got some young players around him and he's got young halves that he can grow with at this club. There are a group of players here who are in their mid-20s and under who can grow with him."

Asked why he believed joining Warriors was a good career move for Walsh, Tuivasa-Sheck said: "Because it's heading in a really good direction, especially with the people that have come on board – players and staff-wise".

Walsh was the player the Warriors set their sights on almost from the moment Tuivasa-Sheck advised the club in January that he was going to sign with New Zealand Rugby.

Despite losing one of the NRL's best players, the Warriors have signed a player with similar potential to Tuivasa-Sheck at the same age.

The Warriors are hoping that Brisbane will release the teenager now that he has settled his long-term future by signing a three-year deal with the Auckland-based club.

That would enable him to train alongside Tuivasa-Sheck in preparation for taking over the No.1 jersey next season.

"That would be ideal," Tuivasa-Sheck said. "We are looking at him for the future so I would love to work with him and give him a few pointers.

"I haven't seen him play yet but the talk among the group from those who have seen him play is that he is quite sharp so hopefully he comes down and I get to work with him and run alongside him."

He also met with Warriors consultant Phil Gould and had a coffee with Tuivasa-Sheck and star forward Tohu Harris.

"He's been at another system and picked up some good things," Tuivasa-Sheck said. "I was just telling him about coming over and keeping a standard, and working on what's a high standard and what's not.

"Living away from Australia and where his norm is, it's about keeping those standards and staying strong, and staying true to them.

"It's exciting and hopefully he comes to the club sooner rather than later so I get to work with him. A lot of the boys from Brisbane are excited about him and I trust their word on him so I am ready to see what he has."

Among those former Broncos players is halfback Sean O'Sullivan, who gets his chance in the No.7 jersey against Canberra on Saturday after Chanel Harris-Tavita fractured his foot at training this week.

Tuivasa-Sheck backed O'Sullivan, who joined the Warriors this season after stints with Sydney Roosters and Brisbane.

"He has been in and out of this environment and the rugby league scene, especially with his old man [Peter] being involved, so he knows what needs to be done," Tuivasa-Sheck said.

"He knows what needs to be done and he is excited for it and we all are too." 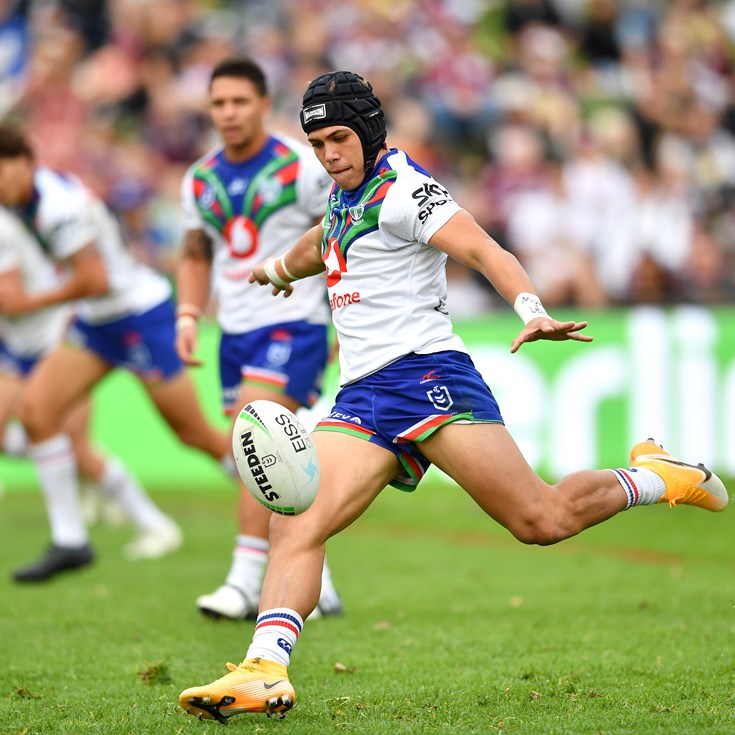