Even while navigating the challenges of COVID-19, the Mudgee Dragons JRL club have increased player registrations by a huge 44.4 percent in the past year.

The Dragons, based in the NSW Central West, field teams from the under 6s to 16s - including multiple women's League Tag sides - in Group 10 competitions and have grown by 58 percent since 2019.

Mudgee JRL secretary James Hughes partly attributes the influx of new players to Sydneysiders moving to regional locations amid the pandemic, but the club also prides itself on upholding core values.

"We try to make it as family-friendly as possible. We're strong sticklers by the rules of the NRL and the code of conduct to ensure people understand their responsibilities as a rugby league participant.

"But also, we don't want them to be [too] serious either. It's all fun. We just try and promote that family culture, [and] encourage people to stick around and enjoy the footy. With COVID restrictions easing, that will be more possible than it was last year."

Hughes said the Dragons have 19 teams this season after having added an under-16s side plus second boys squads in the 10s, 12s and 13s.

Meanwhile, "League Tag has had an increase of about 30 participants; that's a 67 percent change from last year," Hughes said.

And all this despite COVID-19 meaning they had to shorten their competitions in 2020. That was an achievement in itself with other local teams and sporting codes unable to get on the field at all.

"One of the things we made sure we did was we didn't raise any prices during COVID," Hughes continued.

"The Service NSW Active Kids vouchers helped in that regard."

Hughes praised the club's "hard-working and fiscally responsible board" and thanked the NSWRL and Group 10 for helping lower their costs last year so they could pass value onto players.

The history of Hi-vis and the Knights

"The NSWRL together with Leagues like Group 10 JRL Board were grateful to be able to help many clubs get back on the park in July last year and more importantly provide a welcome outlet for youth in a time of need.

"The key factor, laying a platform for growth in 2021, is the continued determination and invaluable work of James Hughes and the Mudgee JRL committee."

Mudgee, who Hughes said "punch above their weight" against teams with bigger populations like Bathurst and Orange, had seven sides make the finals in 2020 and their strong under-14s boys won the premiership.

He believes the club will only continue to develop with a move from Cahill Park to the Glen Willow Regional Sporting Complex in the works next season to accommodate their rapid growth.

"The Mid-Western Regional Council has worked hard to get us the Glen Willow Regional Sporting Complex in 2022," Hughes said.

"The move will allow us to increase our capacity and improve junior community league across the region, with two international sized fields and a modified field." 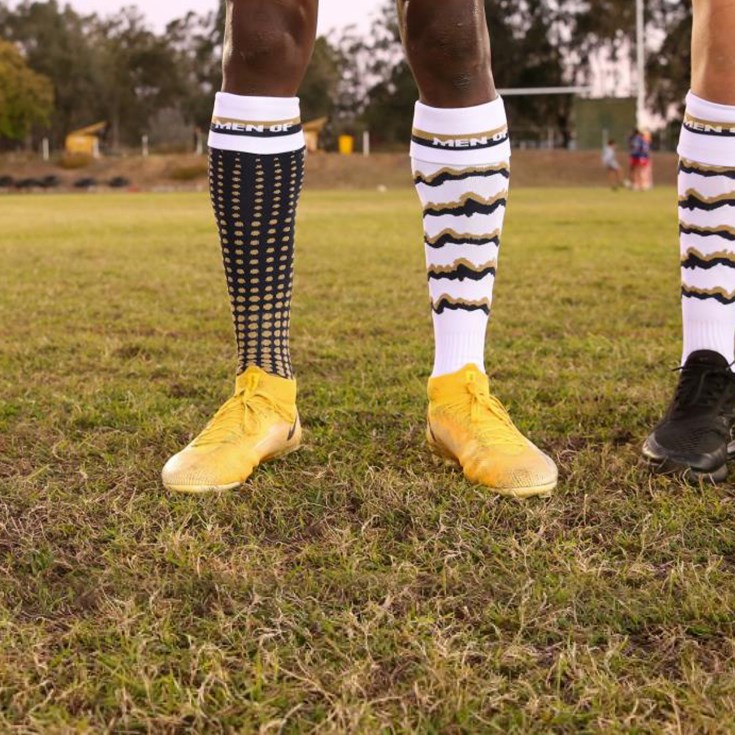 Sock it to 'em: Players give Men of League campaign a leg up

'It was time to give back': Gilbert grateful for chance to impact community

2021 Moment of the Year nominations – July