Adam Reynolds will look to ramp up discussions with North Queensland among interest from other NRL outfits after South Sydney's latest meeting with his management failed to shift the impasse around his one-year extension offer.

The protracted negotiations come as Rabbitohs coach Wayne Bennett outlined just how difficult it can be to develop a premiership-winning halfback of his skipper's calibre.

Reynolds did not attend Wednesday's meeting with South Sydney officials, who stuck to their initial one-year offer for 2022, with plans to revisit the No.7's contract on a year-by-year basis.

That offer remains on the table at this stage.

No offer has been expressed by North Queensland, with Reynolds eyeing at least a two, if not three-year deal to shore up his future.

"We'll now engage with interested parties and explore the market and see where that takes us," Gillis told NRL.com on Wednesday.

"I anticipate there will be plenty of interest in him. We'll just work through that and see how we go."

"We would love Adam to stay at the club for the remainder of his career, and beyond," Solly said.

"But we fully understand that Adam and his management want to consider their position, and will respect that process."

NRL.com understands that Reynolds entering the market has also been discussed internally at Brisbane.

However, coach Kevin Walters distanced himself from pursuing the 2014 premiership winner "at this stage" given the club's retention priorities are young half Tom Dearden and prospective future five-eighth Kotoni Staggs.

Speaking before the Rabbitohs' clash with Brisbane on Thursday, Bennett went into bat for Reynolds amid concerns around the 30-year-old's long-term fitness.

Bennett dismissed suggestions Reynolds has been on restricted training duties since suffering a fractured back in 2019, with those rumours frustrating the play-maker as he tries to sort his future.

"So he should be (annoyed). It does him no justice,” Bennett said.

"Unless he is genuinely injured he doesn’t miss a session. He trains great. He had a great pre-season with us this year. No major problems, he had a hamstring late in the course there.

"But the first year I was here he played with a broken back ... He's got lots of courage and I've got no problems with his training or attitude, he's a 10 out of 10 as far as I'm concerned."

Chief among the reasons for the Rabbitohs' hesitance to offer a long-term deal to Reynolds are salary cap pressures, which have both he and Dane Gagai exploring their options, and an emerging crop of outstanding young juniors.

Among them are rising play-makers Blake Taaffe (21) and Lachlan Ilias (20) who are currently signed on development deals that include upgrades to NRL contracts in coming seasons.

Given the likes of Ash Taylor, Brodie Croft, Kyle Flanagan and Luke Brooks have all struggled at times under the intense NRL spotlight, Bennett warned that he would like to Reynolds remain at his junior club.

"I just know how hard it is to develop them, and so when you have an experienced one I don’t like to let them go," Bennett said in reference to Reynolds.

"But it’s a decision the club has to handle and they will handle it.

"It’s extremely hard for any club, not just Souths, if you bring young players.

The return of the set-piece scrum play

"You can see so many young guys out there now who are struggling with the position.

"The better your team is the better it is for them. But if your team is struggling and you’re playing halfback you are probably no chance.

"I was talking to Allan Langer the other day and when he started at the Broncos he was going to be a star player.

"But if he didn’t have Wally Lewis or Gene Miles or Greg Dowling or a whole lot of guys at the end of their career, I don’t think he would have become the player that he was." 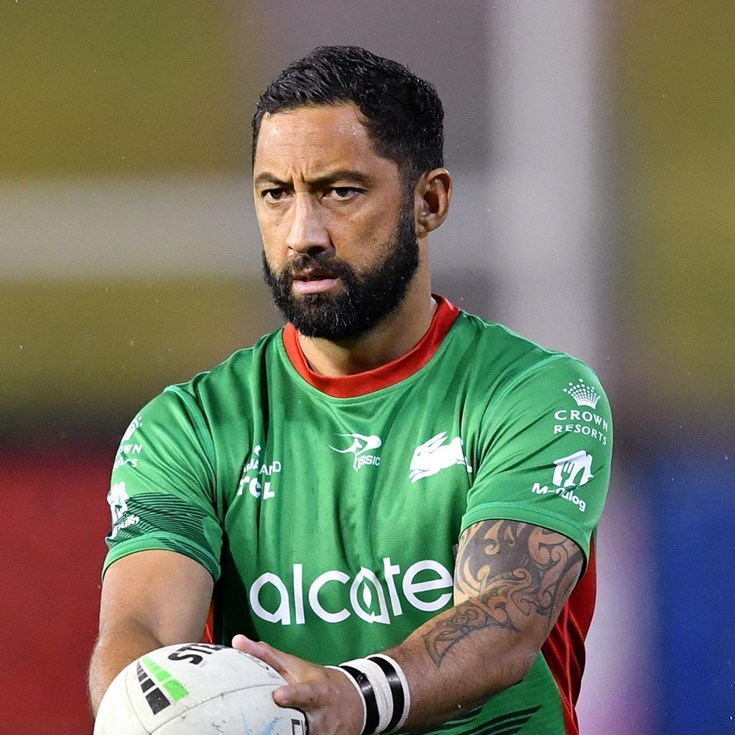