Do you do whatever you can to get Nathan Cleary and Ryan Papenhuyzen in your side? Is Isaiah Papali'i worth the gamble? Is Keaon Koloamatangi a sell?

There are plenty of questions on the minds of NRL Fantasy coaches heading into round 5, and NRL.com's Lone Scout has answers.

Does everything need to be dropped to get Papenhuyzen this week considering his price will continue to go up a considerable amount against the Bulldogs?

Papenhuyzen's price tag is almost certain to blow past $800k next week and could push towards $900k if he can produce one or two bumper scores in the next few rounds. In saying that, there's no way he maintains his current average of 84 points per game. Last year from round 4 to 6 he scored 32, 39, 31 – if he repeated that kind of run then he'd be cheaper in three weeks than he is today.

He's a must have player at some point this year, but if you can afford to wait until he has a few quiet games you don't need to tear your team apart in order to get him in this round.

Isaiah Papali'i possible keeper? Thinking of trading Patrick Carrigan towards Papali'i and saving the extra cash towards Cleary on next week's trade.

I don't mind it. Papali'i has been outstanding so far, averaging 60 points per game and scoring well either as a middle forward off the bench or starting on an edge.

Keep in mind that scoring has pretty much come out of nowhere – he was a solid 40-point player for three seasons at the Warriors before moving to Parramatta, where he has seemingly taken a leap.

It means there is always the risk he can't maintain this hot run of form and regresses to something closer to his old self, and he won't be a keeper if his scoring dips below 50 points a game. But if you're happy to take a slight gamble on what could be a $643k gun, go for it.

Haven't got Nathan Cleary yet. Is he a definite buy now or just hold off now he has gone up in price so much?

Cleary is in a similar position to Papenhuyzen, in that he's a must-have player who is almost certainly overpriced at the moment. The difference with Cleary is as the game's top scorer you get a significant advantage if you have him as captain with double points.

Still, if you've held off this long the smart play is probably to stick to your guns and don't rip your team apart to get him – instead look to upgrade to him when your cash cows have peaked in the next few weeks. But if you have a lot of spare cash and can bring Cleary in via one simple trade, then do it.

Round 5 - Ponga and Taumalolo return, Grant in Storm 21

Is Koloamatangi a sell with two weeks off? He has been promising. Also, Cook still managed 80 points, but being subbed off in the final quarter to Marshall makes me nervous he's set for reduced game time this season?

I reckon Koloamatangi is a sell. He's had one good score (45) in round 2 but was underwhelming in the past two weeks, with scores of 37 (including eight points from two turnover tackles) and 27. With a break even around 30 he'd need to start scoring in the 40s consistently to make significant price rises, and with a two-match ban there are better options around to generate cash faster.

Spencer Leniu ... his PPM is good but he just isn't getting the minutes. Is it time to say goodbye?

Not just yet. With an average score in the 30s and a break even in the low 20s he still has a bit of money to make even if his role doesn't change, and there is still the potential he gets an increase in game time either as the season progresses or in a one-off situation if another Panthers middle is injured mid-game.

The next batch of dual-position player updates will be after round six, so Marata Niukore is set to become a DPP MID/CTR if he remains in the Eels' centres then. Waqa Blake and Michael Oldfield are both due back from injuries in round 6 so that's no guarantee.

How come Angus Crichton surpassed his BE of 67 with a score of 70 and still lost $7k?

It was a high-scoring round (one player scored 124, after all) so that means price rises were harder to come by. The total player prices across the league doesn't change when lockout is lifted, so not every player can rise in value if most of them beat their break even. In high-scoring rounds you'll notice slightly smaller price rises (and bigger price drops for low scorers), and it'll be vice versa in low-scoring rounds.

Should I trade Liddle for Lindsay Collins, Christian Welch or Leeson Ah Mau? I need a middle for my bench

Jacob Liddle has a break even in the teens and is projected to take his score past $500k if he can produce a score in the 40s this week, which is a good chance with no bench hooker in the Tigers team this week (Moses Mbye is in the centres). I wouldn't be selling him at all just yet.

Is Taukeiaho a trade with Walker potentially taking goal-kicking duties in the future? Ryan Sutton seems like a worthy replacement?

It's hard to know at this stage if Sam Walker will eventually become the Roosters' first-choice kicker this season, but regardless it could be time to consider moving Siosiua Taukeaiho on. While he has added six points per game through goals his run metres have slipped this season while his missed tackles have increased, leading to an average score around 50 and some way off the elite middle forwards.

In saying that, I wouldn't be replacing him with Ryan Sutton. He's played increased minutes and scored tries in both the past two rounds, after starting the season with scores of 26 and 34. There's no guarantee he outscores Taukeiaho across the rest of the season, especially when the tries dry up.

If you make a trade, pick up either a cash cow or a more established keeper. 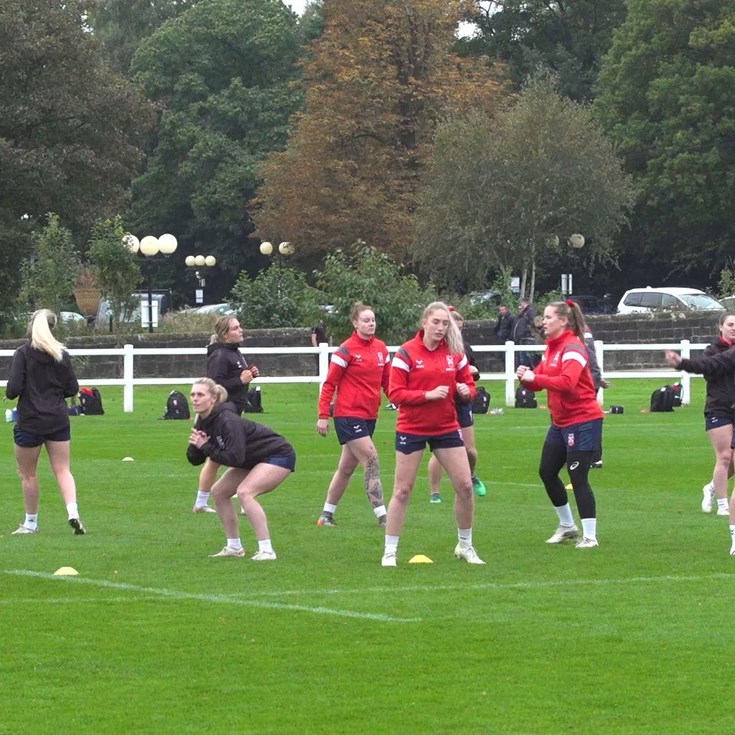