North Queensland star Valentine Holmes has laughed off suggestions he is unhappy at the Cowboys despite a recent meeting with his manager.

The fullback and marquee forward Jason Taumalolo, who are contracted until 2025 and 2027 respectively, dined with agent Chris Orr in Townsville a couple of weeks ago.

That sparked suggestions of the pair being disgruntled under new coach Todd Payten, who hasn't shied away from speaking honestly and called out Taumalolo's defensive movements after round one.

A smiling Holmes insisted there are no issues.

"That's all false. Yes, my manager came up [to North Queensland], but he obviously doesn't just look after Jase and I - he's got younger boys here and he was there to see them," Holmes said.

"I actually initiated the meeting; I wanted a free feed. I messaged him to get dinner. [The rumours are] just rubbish, I don't know where that came from. That's all not true."

Molo: Our confidence is low

Holmes was signed as a fullback, and while he's played there for the past two weeks due to injuries, Payten opted to start him on the wing for round one. Even now, Holmes said he feels like he's only "filling the role".

But the former Shark reiterated that he is enjoying being coached Payten.

"I love this place, I enjoy coming in here every day. It is a great facility," said Holmes, who has scored two tries in 2021.

"The coach has been great - all the coaches. They're helping me out in everything I do off the field and on the field.

"I would like to keep [the fullback spot] but what [Payten] is doing is good," the 24-year-old added.

Meanwhile, Holmes supported an idea to revive the National Youth Competition for under-20s and reflected on his own experience.

"I enjoyed it. I was down at the Sharks at the time. Sometimes you got to travel with the NRL squad, you got to watch them and learn from them, you got to play before them which is cool," he said.

"And then you're sitting on the sidelines watching your idols play. Sometimes you got games televised as well and got a bit of exposure.

"I'm glad I got to go through it and I'm sure if they did decide to bring it back a lot of people would be watching because it's very attacking-based and fun to watch." 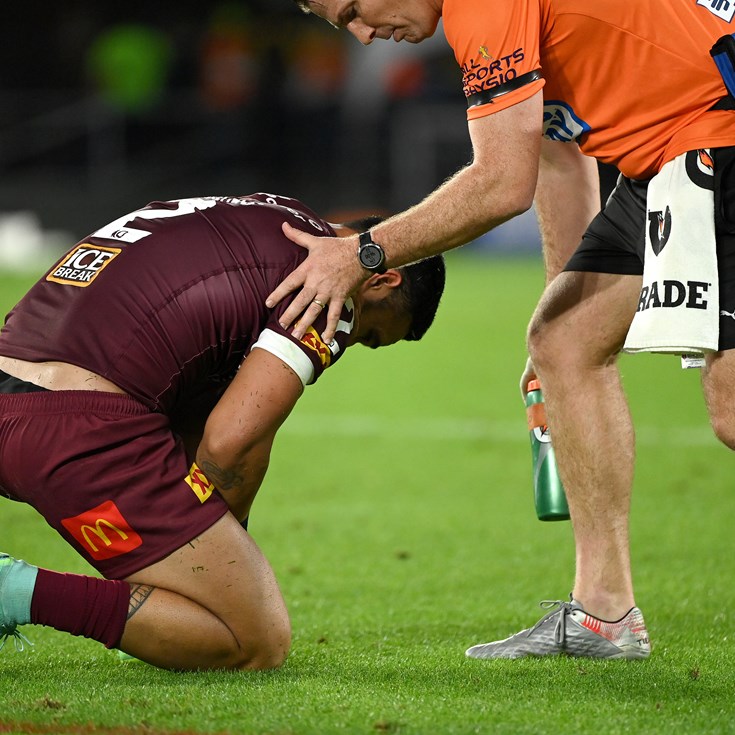 Holmes: I came here to play No.1