David Fifita’s first NRL career hat-trick ignited Gold Coast’s thumping 42-16 victory over Newcastle at Cbus Super Stadium as the Titans turned on the razzle-dazzle to stamp themselves as the new entertainers of the NRL.

Fifita added yet more brilliance and brute force to his growing NRL highlights reel with a dominant performance to score three tries, while Corey Thompson and Patrick Herbert bagged doubles, and lock Tyrone Peachey was back to his breathtaking best in the eight tries to three win in front of 12,492 fans.

It was a Titans performance that had it all. Strong defence, stunning offloads, quick hands, and a length-of-the-field try from the kick off restart in the second half. Jarrod Wallace and AJ Brimson combined with some fancy play for Patrick Herbert to complete the try of the year contender.

This is a Titans team that isn’t afraid to throw the ball around. Shifting the play off re-starts, front rowers willing to put each other into gaps and almost every player on the field competing on every play as they all look to get in on the try-scoring action.

Whether this style of play stacks up against the elite teams of the NRL remains to be seen, but if they’re to be top-four contenders come the end of the season these are the games they need to win at home and win comfortably.

It was a thoroughly one-sided affair, from the moment Kalyn Ponga’s kick off sailed out on the full with the Titans scoring within the opening 90 seconds as Peachey set up Kevin Proctor.

While the Knights did manage to bring the scores back to 12-6, Fifita sparked the massacre that was to come with a moment more commonly found in junior footy than the elite NRL.

Fifita simply took a penalty tap 10 metres out and ran straight for the try line. No fancy footwork, just big man picking on small man, in this case Knights five-eighth Connor Watson, to score a try of brute force.

It was the start of three tries in 10 minutes for the Titans, with Fifita adding his second in the 32nd minute when he stormed onto a short ball by half Jamal Fogarty before brushing past Kalyn Ponga.

The Titans had entered the game without any of their halves posting a try assist this season, but by the game’s end both Fogarty and returning five-eighth Ash Taylor had found their mojo to pick apart the injury-ravaged Knights.

Fifita completed his hat-trick early in the second half, where again it was Wallace throwing a sublime one-handed offload for the second rower to this time beat Ponga with speed rather than force to score in the corner.

Not to be outdone, Peachey’s roving role where he floated between lock, centre or wing proved to be just the elixir to get his season firing as he was perhaps the Titans most consistent player across the 80 minutes and set up the club’s first try to Kevin Proctor.

The Titans flying start hit a hurdle when Phillip Sami suffered a heavy head knock from a high tackle by Tyson Frizell that was put on report. The hit ruled the winger out for the rest of the game.

Knights coach Adam O’Brien has plenty to consider after this performance.

While he’d have been happy with the trouble-free return from shoulder surgery for Ponga, the defensive mistakes by his team were unforgivable at times.

Ponga’s comeback game was a true mixed bag. He squared the ledger with opposite No.1 Brimson by out-sprinting him to score late in the game, but also threw some wild passes that missed the mark.

The Knights have a short turn around to host Cronulla at McDonald Jones Stadium on Friday while the Titans hit the road to play Manly in Mudgee next Saturday. 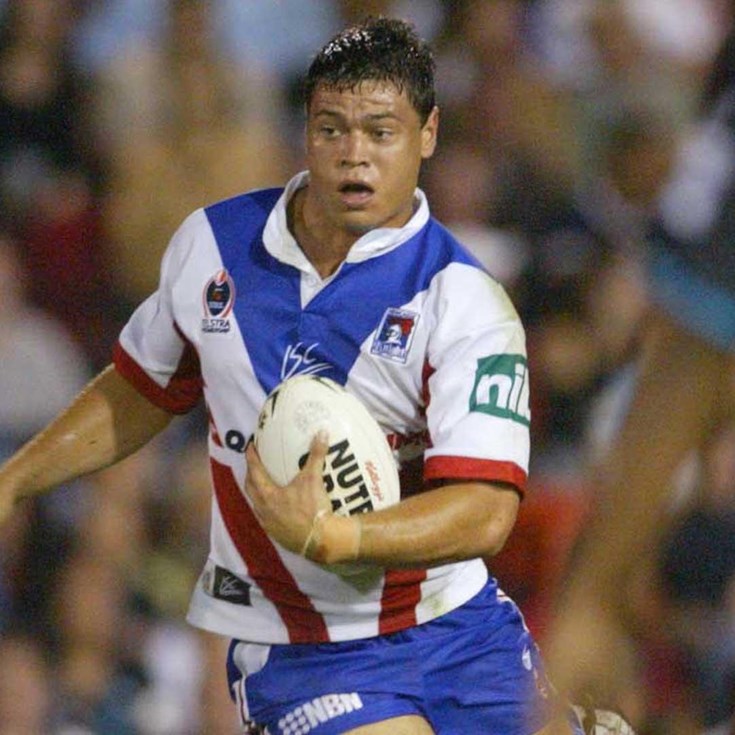