Last year they were considered the entertainers, bringing an aura of confidence and fresh style of play to the Telstra Premiership that hadn't been seen since the Wests Tigers in 2005.

Now the Panthers are being labelled 'overconfident' and 'cocky' – a tag stand-in dummy-half Mitch Kenny believes the team should embrace as a compliment.

The Panthers' sportsmanship was questioned in last week's fiery win over the Raiders after Stephen Crichton was fined $1350 for instigating a melee involving Joseph Tapine moments after a try was scored late in the game.

Opinions varied as to whether the Panthers, whose confidence Australian coach Mal Meninga labelled as "swagger" post-match, had taken their boasting levels too far after a 5-0 start to the year.

"I don't think anyone here is concerned about the public perception of us," Kenny told NRL.com.

"There was a bit of emotion in that game and some spoiling going on with both teams but it was all in good nature.

"In those sorts of games it might look personal but it's not at all. We know internally who we are or what we're trying to do.

Things get heated after Staines scores his second

"We just aim to be competitive in every game and it shows in different ways, particularly when there is a bit of sledging and the game gets a bit physical off the ball like it did on the weekend.

"If people want to think we're going over the top then that's OK because it's not who we are."

Kenny referred to heavyweights Melbourne and the Roosters as clubs that had received similar treatment from rival fans over the last decade because of their success.

"It's easy to say that when a team is going really well and I think it's the nature of sports fans," Kenny said.

"We love fan engagement but it definitely seems like once a team is successful then the audience turns on you.

"It's probably easier to support the underdog which we were last year but we're now finding ourselves in their position at the moment. You've just got to take those things as a compliment."

Panthers enforcer Liam Martin added: "That's who we are as a group. A lot of people don't know us personally so can sit there and make their minds up but they don't know us and we don't take much notice.

"We're all humble people and a tight-knit group, it's how we play our footy. If it rubs people the wrong way then so be it. If we ever steered away from being humble and connecting with the community, then Ivan [Cleary] would steer us into line."

Cleary re-iterated his stance on the matter on Wednesday, agreeing the side had lifted their intensity to match the opposition after last year's success.

"We've been reasonably successful so what comes with that is we get a little bit of niggle towards our boys because we are young," he said.

"I would back our team to be respectful as much as anyone in the game.

"They're young and in the heat of the battle might do things they might learn from but that's what it's all about.

"It's just evolution. I'm always on the lookout to make sure they're behaving in the right way but I'm not too worried about it. I don't really think it's that big of a deal."

Of more immediate concern for the Panthers is their trip to Brisbane on Wednesday ahead of their clash with the struggling Broncos at Suncorp Stadium.

It will be the first overnight stay for last year's minor premiers since round 23, 2019.

They finished that season with a one-win and six-loss record on the road.

"We've got to make sure we do everything possible and not be complacent," Martin said.

"We've spoken a bit about it. It's going to be new for a couple of us so we've got to make sure we do everything possible to prepare right." 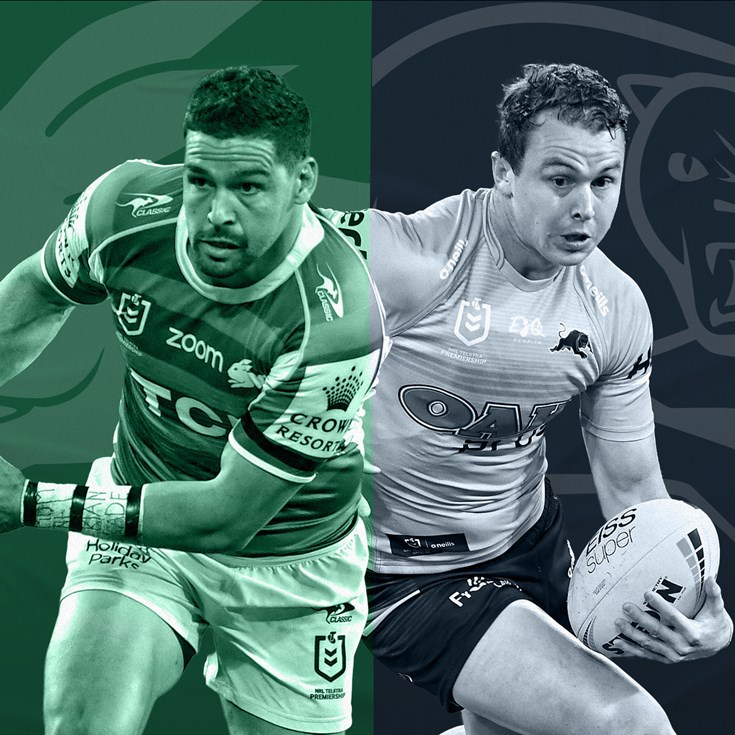 Rabbitohs v Panthers: Latrell back from ban; Capewell should be good to go

Presented By Sportsbet 6 hours ago
05:03