James Tamou knows Wests Tigers still have a lot to improve, but the captain truly believes his team can make the finals after a drought-breaking victory.

And the prop expressed his immense frustration at suggestions that coach Michael Maguire had lost support from the players, declaring: "We love this bloke."

After leading the Panthers on a historic 17-match winning streak last season, Tamou recorded just his second Tigers triumph on Sunday as they beat the Dragons 16-8 to avoid a fifth straight loss.

"I've been in the game long enough – it might be different for the younger ones – but last year, I took a win and really ran with it," Tamou told NRL.com.

"This time around, they don't come as easy. I think we've got a really good team here but it's about us putting all that on the same page and working together.

"It's just a different feeling [in 2021] talking about the way [the season] was going, talking about the coach - and it's hard when you love the coach, that's who you want to play for - compared to last year when it was kind of free-flowing. Everything was happening for us.

"It's obviously a bit different mentally, but as you can tell from my reaction on the weekend, I was just so pumped for everyone who was involved in the game."

Tamou conceded the win against St George Illawarra in Wollongong "wasn't pretty" but the Tigers were determined to grind their way to two competition points.

The performance came a week after the club released a statement denying that Maguire's job was under threat following a heavy Anzac Day defeat to the Sea Eagles.

"Madge, he's very passionate and he puts so much emotion into this team," Tamou said.

"So much emotion is invested for him, you can just tell [in] the way talks. You can tell by the look on his face. This bloke, he'd do anything for you.

"To hear that [he's lost the dressing room] frustrates me and we knew leading up to the Dragons game that there's no other way: we have to scrap the win … we have to do it for each other and for our coach."

At 32 years old and with his NRL games tally approaching 300, Tamou has done it all in rugby league and was prepared for the scrutiny that comes with being a Tiger when he joined the club.

And while he enjoyed a dream 2020, barring a grand final loss to the Storm, the front-rower has been able to call on past experience in tough periods this year.

Which NRL player will light up Magic Round?

"It gets a bit lonely when you're not going so well and you’re losing games. Then you really have to find something because that's when everyone kind of goes into hiding.

"And it's not anyone's fault, that's just human nature. I've learnt that sometimes you don't have to force your voice. It just comes from emotion and the boys will react."

Tamou's experience tells him Wests Tigers, who are only one win outside the top eight going into round one despite being on four points, can feature in the playoffs.

What makes Turbo so special

"We just haven't been able to connect to get the job done. The tries that have been scored against us are just unusual tries that [came when] we were clocking off in certain areas.

"We did a review of the Manly game [in round seven] – you can tell people were running for each other, it was like we were doing too much for each other.

"We were over-chasing and things like that and people were just slipping through. You can tell the effort's there and no one's given up. Technically, we were just missing our assignment there." 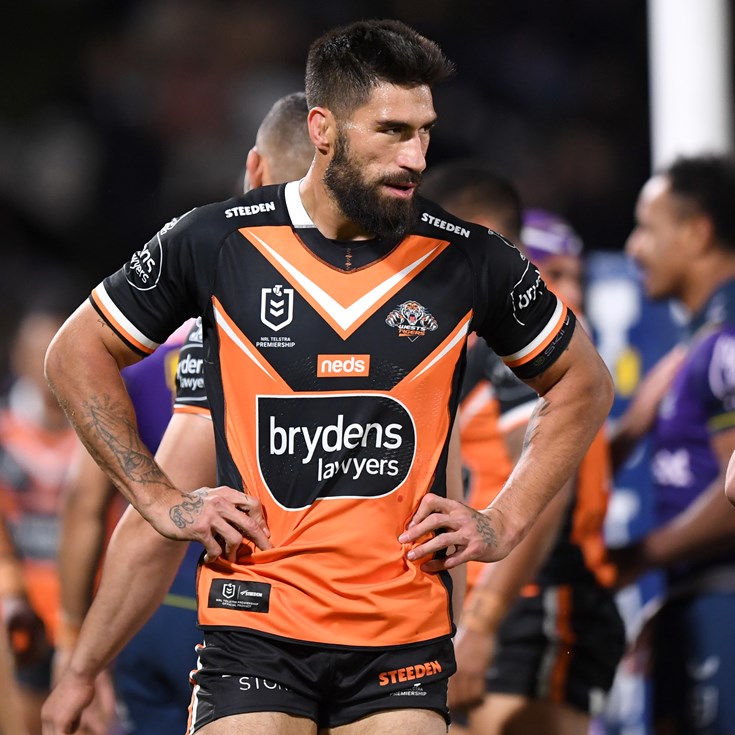