Canberra five-eighth Jack Wighton is just as bewildered as Raiders fans are as to why the Green Machine keeps running out of gas in the second half of matches.

The Raiders looked to be cruising towards a morale-boosting win on Saturday against Newcastle when they led 16-0 at the break but an all too familiar tale unfolded in the second term as the Knights rose from the dead.

With Kalyn Ponga leading the way the Knights laid on four tries and held Canberra scoreless as Ricky Stuart's men slumped to a fifth straight loss.

The Raiders have been outscored 93-8 in the second half of those five games, a massive concern for a side tipped to be a top-four contender in 2021.

“We’re all busting our arses and we’re trying for each other, but we just can’t seem to win.

“Winning is contagious and we just don’t seem to have that at the moment.

“We’re just on a losing streak but one message is that we’ve got to stick together. We’ve got 16 rounds left and if we don’t stick together then it’s going to be an extra long season, so that’s our main focus and looking after each other”

Phoenix Crossland’s try in the 41st minute for the Knights came all too easily as Newcastle’s energy from the restart set the tone for another disappointing Canberra collapse.

Williams floats a pass over the defence to Simonsson

The Raiders finished the match with an average distance per set fractionally more than the Knights at 40.3 metres.

However, Newcastle’s improved completion rate and work through the middle of the field, 38.3 metres per set up by 10 metres from the first half, saw Adam O'Brien's men generate enough scoring chances to captalise.

A frustrated Wighton said the changes needed to be made were apparent, it’s now up to the side to follow through on them.

“Deflating their middles so we earn the right to shift (the ball), we’re going away from the ruck too early and losing possession.

“It’s all stuff that’s fixable that’s why it’s so frustrating.

“It feels a little bit it’s a cycle we’ve got to break and when we do I reckon we’ll go on a bit of a run.”

All three will have to prove their fitness for the trip to Queensland where the Raiders square off with the Bulldogs on Saturday afternoon. 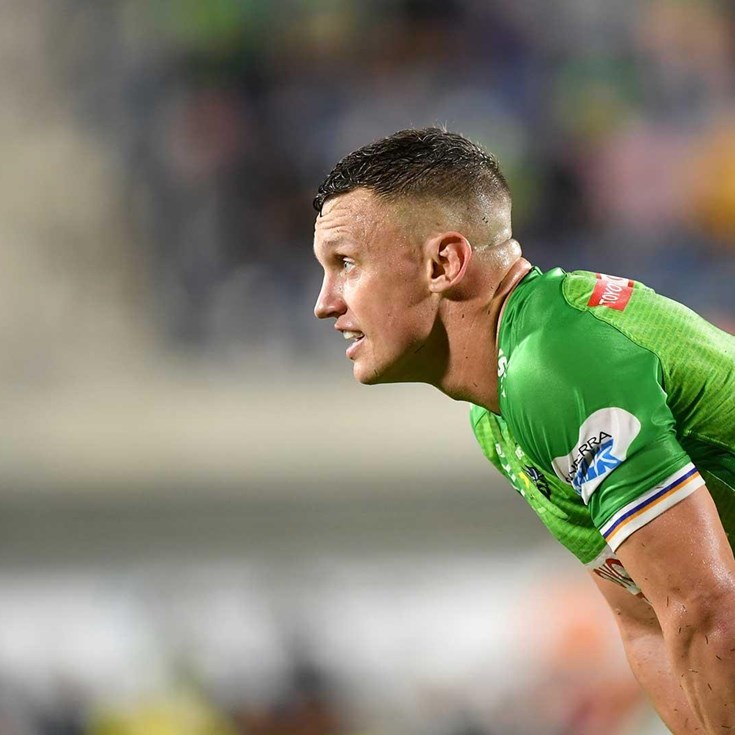