The Sharks showed enough of “a pulse” for coach Josh Hannay despite the 32-22 loss to the Rabbitohs that he believes Cronulla can be one of the clubs to make a run for the top-eight.

Despite the Sharks only enjoying two wins from 10 matches so far, Hannay says with five or six clubs “off and running”, it still left 10 or 11 to scrap it out for a spot in the finals.

"There’s so much footy left in the year I think every team in that bottom bracket will feel like ‘If we can figure it out sooner than the rest, we can make a run of this’,” he said.

"It’s one of those competitions at the moment. So we’re in that bottom bracket and while we showed that form in the second half tonight it gives us reason to believe and hope that we can make a surge.

"It all comes down to consistency and we’re a very up and down team.”

But Hannay liked the four second-half tries his side produced against South Sydney.

"That’s probably the best half of footy we’ve actually played for a few weeks. But ultimately at 20-16 with seven minutes to go, our last tackle option down on their zone (running on the 5th) is just a reflection of what’s hurting us at the moment.

"We let them off the hook with a low percentage play. They were out on their legs the Bunnies in that second half and we were really coming for them. But again it was us that released that pressure valve.

"But the first half-hour of that second half was plenty to like and something to hold onto."

He also praised interchange players Andrew Fifita and Braydon Trindall. Fifita was making only his second NRL appearance for 2021.

"I was really happy for Andrew because to be honest with you I wasn’t sure what we were going to get out of Andrew. He hasn’t played footy in a month – his first game of NRL in a while so we were holding our breath a little," Hannay said.

"But I thought he made a real impact… showed some good signs out there.

"We used Tricky differently as a middle ball-playing option and I thought he grabbed that opportunity with both hands. He took the game on and in that second half when we were on top he was a big part of that.”

Like several of the coaches at Magic Round, Hannay was surprised at the increased scrutiny on alleged offences. Halfback Chad Townsend was placed on report in the 72nd minute for a crusher tackle.

"They’re in vogue this weekend those penalties aren’t they? Pretty soft… it was a soft penalty,” Hannay said.

"It’s getting pretty confusing at the moment. Our games are being stopped mid-sequence just to come back two or three plays for something that happened which was so innocuous as well.

"It’s stunting a pretty good product, this stop-start mentality the game has got at the moment.” 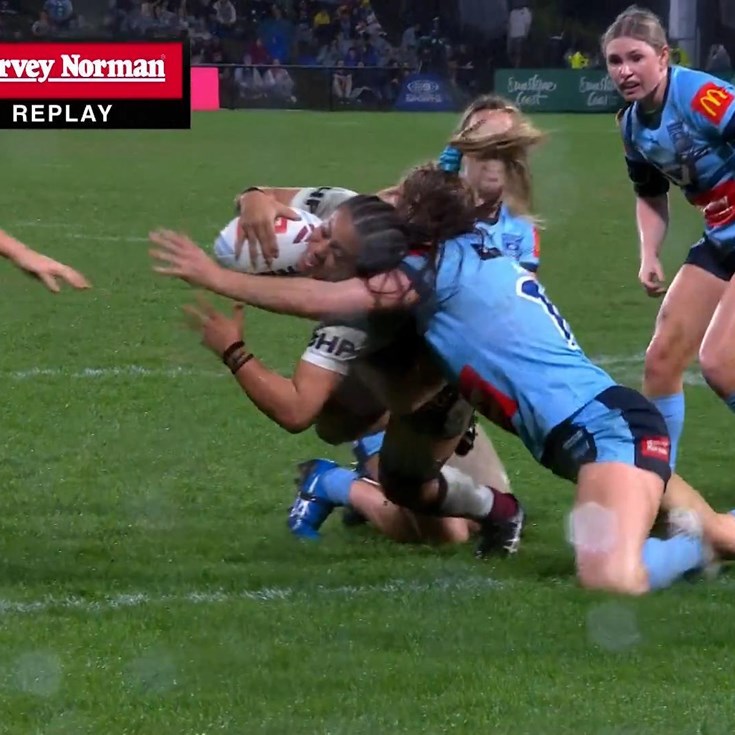