If ever there was a tag destined to weigh down a young playmaker trying to make his way at Brisbane it's "the next Allan Langer". No pressure.

Similarly at Parramatta, where the search for "the next Peter Sterling" went unfulfilled for three decades until Mitch Moses's coming of age in the past three seasons.

Both members of the Hall of Fame, both four-time premiership winners, Alfie and Sterlo boast CVs that may never be matched, but that hasn't spared their successors from the inevitable comparisons and pining for the good old days.

In Brisbane, it has been 15 years since "accidental hero" Shane Perry emerged from relative obscurity at Redcliffe to replace the injured Brett Seymour and lead the club to its last premiership.

That success came six years after current head coach Kevin Walters had captained the Broncos to the 2000 premiership from halfback.

The club's other four titles came during a golden eight-year period in the 1990s when the clown prince Langer was at the peak of his powers and King Wayne could do no wrong in the coach's box.

In a desperate bid to break the drought and uncover an on-field general worthy of being mentioned in the same breath as Langer and Walters, the Broncos' No.7 jersey has been shopped around to a parade of playmakers including Peter Wallace, Ben Walker, John Plath, Shaun Berrigan, Kodi Nikorima, Ash Taylor, Brodie Croft and Tom Dearden.

Sure, they've made it to the finals 11 times since 2006, including going all the way to the big dance in 2015 when Kyle Feldt and Johnathan Thurston broke their hearts, but still a seventh premiership eludes the Broncos.

In the halves on that fateful night at ANZ Stadium in 2015 were the often maligned Ben Hunt and Anthony Milford.

How different their career paths and their legacies could have been had the Broncos managed to hold on for one more set in regulation time and come away with a 16-12 victory.

Hunt played one more season at Red Hill, alternating between halfback, hooker and the bench in 2017 as Brisbane advanced to a preliminary final, before he joined the Dragons on a lucrative long-term deal.

Milford enjoyed plenty of success at five-eighth in 2017 and 2018 before he was shifted to fullback halfway through 2019, struggled in 2020 and now finds himself out of the side after being dropped for the second time this week.

He again finds himself the scapegoat for an embarrassing loss to Manly but it's worth noting he was in the side for Brisbane's only two wins in 2021 - alongside Croft in the round-three victory over Canterbury and Tyson Gamble in round eight when they recovered from 22-0 down to beat the Gold Coast.

The gamble on Gamble continues into its fifth game this Saturday night at the SCG as the feisty 24-year-old matches motors with Roosters teen sensation Sam Walker, the son of the aforementioned Ben, one of Gamble's many predecessors in the Broncos' No.7 jersey.

Whether Gamble gets the chance to call the shots for the rest of the season or the deck chairs are shuffled again remains to be seen, but one thing frustrated Broncos fans can be certain of is that the uncertainty in the selection room and on the paddock will cease when Adam Reynolds arrives.

Just like Alfie and Kevvy, this bloke knows what it takes to win a premiership, having guided the Rabbitohs to a drought-breaking title in 2014.

After a decade at the elite level he is comfortable in his own skin and confident in his own game. He brings the composure and calmness the Broncos have been seeking for so long.

He doesn't need to worry about the ghosts of 2015 or trying to live up his coach or the little larrikin running the water.

Unlike so many who've gone before him, Reynolds has the luxury of being his own man and running the show his way for the next three years.

Whether that's long enough to take the Broncos from the proverbial outhouse and return them to the penthouse Alfie built remains to be seen, but one thing is certain, Kevvy has found the right man for the job. 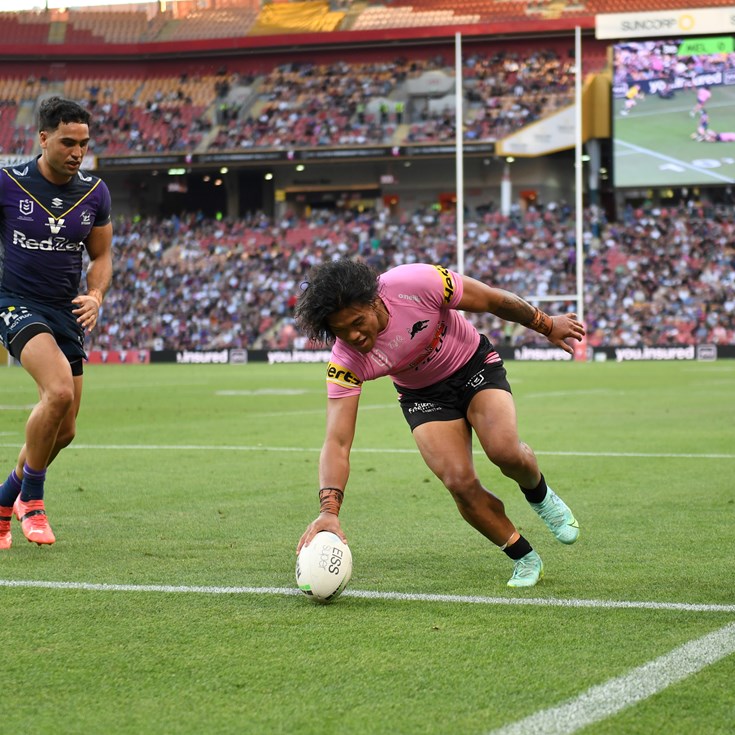