Warriors CEO Cameron George has reluctantly announced the club’s NRL squad won’t be able to return to New Zealand as hoped and will now remain in Australia for the rest of the season.

While a Trans-Tasman travel bubble has been in place for a month, George said in a club statement it had become clear that heading home on June 21 as initially planned was no longer a realistic option.

It had been hoped the Warriors would be able to base themselves in Auckland to play their last five regular season home games at Mt Smart Stadium.

The Warriors are still hopeful of playing games in Auckland later in the season on a fly-in, fly-out basis and will explore options to see if that can be done.

"It’s a huge desire of ours, it’s something we really want to do, but we’re not going to do it at the risk of being shut out of the country on either side and being separated from families," George said on Friday.

"We'll continue to work with that and we'd be very excited if we're able to announce one day that we'll come back and play in front of our fans this season."

The round 21 and 22 games against the Sharks (August 7) and Bulldogs (August 15) and round 24 against Canberra (August 27) are the options being considered for a home game to be transferred from Gosford to Auckland.

George said he would continue meeting with their rival clubs to see if that can be achieved.

He said the players had been continually kept up to date of the decision they've reached and they were on board with staying in Australia because of the risks involved in relocating again.

George was confident players would not seek to return home to New Zealand like several did last year as families are able to live with them in Gosford, unlike the situation in 2020.

"That [June 21 return] was the goal but it’s clear there’s still too much uncertainty and risk involved with the COVID-19 situation.

"It's clear there’s still too much uncertainty and risk involved with the COVID-19 situation.

"We saw a pause in the bubble just two weeks ago after a case in Sydney and that really served as another reminder of how unstable things are.

"While we’ve wanted to come home our priority has been to ensure we have stability for our players and families while also doing what’s best for the competition.

We'd be very excited if we're able to announce one day that we'll come back and play in front of our fans this season.

"We’ve been in constant discussions with the NRL keeping abreast of developments and we’ve mutually agreed it’s in our best interests to remain in Australia.

"However, we will continue to explore options to play in front of our fans at home if international border volatility settles later in the season."

George said the situation of the past 18 months had cost the club significantly but they would work through it and were "looking forward to coming out the other end" before getting back to normal in 2022.

The Warriors will be looking to bounce back from their Magic Round loss to Parramatta when they host the Wests Tigers at their temporary home of Central Coast Stadium on Friday night.

Young gun Reece Walsh has come into the starting side at fullback after initially being named on the bench. Skipper Roger Tuivasa-Sheck moves to the wing to replace Ken Maumalo. The new face on the bench is Eliesa Katoa. 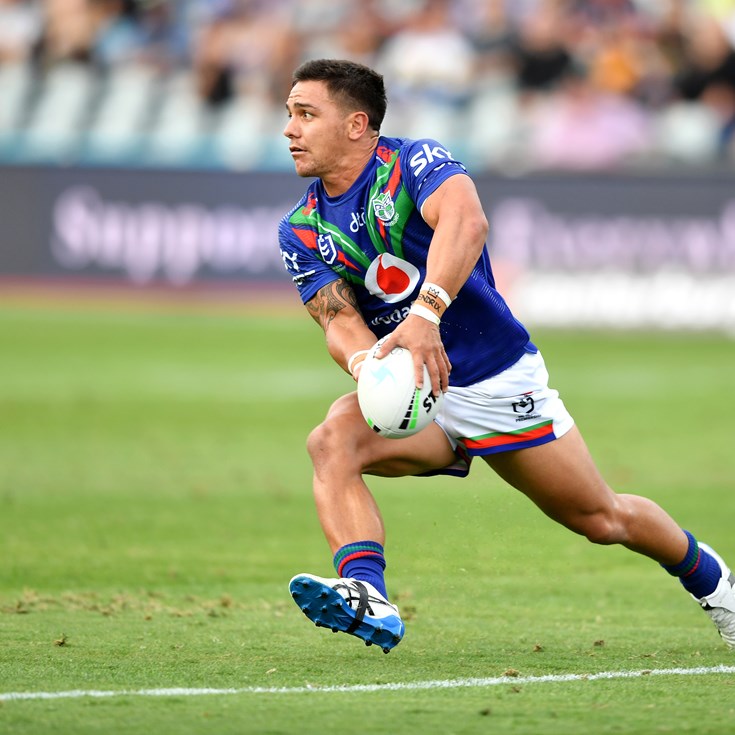