Gold Coast captain Jamal Fogarty has first-hand knowledge of why it is important for the NRL to promote statistics about Indigenous education and employment during this weekend’s Indigenous Round.

Fogarty, who was a youth worker before reviving his NRL career with the Titans last year, has been involved with the Indigenous community in Beaudesert and estimates only a small percentage of students will attain their HSC.

“At the moment they have got 180 Indigenous students attending the local high school and we have got between 15 and 25 on track to complete Year 12,” Fogarty said.

“As an NRL player if I can play a small part to get one or two kids to stay at school then hopefully that goes a long way to giving them something to do to give back when they are older too.”

There have been 206 Indigenous players in the NRL era, including some of the game's biggest stars, such as Johnathan Thurston, Greg Inglis and Preston Campbell.

Thurston is the only player to be crowned Dally M medal winner on four occasions and is the highest point-scorer in Origin history, while Inglis holds the try scoring record, and Campbell was the driving force behind the All Stars concept.

"Preston obviously had a great playing career but what he is doing now in the community is bigger, in my opinion, than what he achieved as a rugby league player," Fogarty said of the 2001 Dally M medallist and 2003 premiership winner.

Of the current crop of NRL players, 12 per cent are Indigenous and many embrace their standing as role models to actively encourage young people to stay at school or seek help for mental health issues.

Yet while the NRL has had huge success with programs such as School to Work, which is helping to narrow the gap in education and employment rates, there remains a significant disparity.

To raise awareness, the NRL has launched the Know the Numbers campaign for Indigenous Round, which highlights:

“The NRL hold a lot of programs to try and help close the gap, and it might be closing slowly, but we are still making those numbers up,” Broncos playmaker Albert Kelly said.

“Indigenous Round is a very proud week for our people, past and present, and it is the perfect opportunity for us to speak up about issues that affect Indigenous people.”

The NRL’s GM Indigenous Strategy, Mark deWeerd, said the success of the School to Work program for Indigenous students deserved to be celebrated, with 92 per cent of participants completing Year 12.

Of the School to Work graduates who are placed in jobs, 95 per cent remain in employment.

However, deWeerd said it was equally important to raise awareness about the level of disadvantage faced by many First Nations people in Australia.

“We need to focus on the things that we're doing really well but at the same time there's a story over here that no one's really talking about and that's that level of disadvantage,” deWeerd said.

“If we as a game can start to highlight some of those key stats, some of that level of disadvantage, we can hopefully influence people that might not even think about that to change what they do so that we can move forward.

Hynes talks Indigenous Round, culture and his future

“That's a role that rugby league has played over the years in so many different aspects and this is just another one that is aligned to Pass Back, Move Forward [campaign]. We need to look back, before we can move forward.

"It's about us generating conversations and trying to encourage people to look at the challenges we face as a nation because if we don't get that First Nations piece right then we can never be reconciled as a nation.

"They are difficult conversations for us to have but if we don't keep them at the forefront, then we lose sight of why we're trying to do all these positive things."

The power of education

The NRL School to Work program commenced in 2012 and has supported thousands of Aboriginal and Torres Strait Islander youth to make the transition from school to work or further education in the past decade.

DoorDash, the NRL’s Indigenous Round presenting partner, has provided $25,000 funding to help School to Work participants with uniforms or equipment in a bid to reduce the 25 per cent gap between Indigenous and non-Indigenous students who complete Year 12.

“We're using the NRL’s brand and profile to be able to engage schools, engage participants and engage support services to make sure that these Indigenous kids get the best opportunity they can to complete Year 12,” deWeerd said.

“You've got players like Josh Addo-Carr and Nicho Hynes down in Melbourne who are out constantly in schools talking to our participants about their stories so the participants can see what can be achieved.

“[Canberra prop] Ryan James is another player who always comes to mind as someone who values education. He’s got multiple degrees.

The making of Titans' 2021 Indigenous Jersey

“It doesn't matter where you come from or what your background is, if you put your mind to it you can be successful."

Kelly, who made a stunning return to the NRL last weekend after six seasons in Super League, said there were many great Indigenous leaders and role models in the game.

"I have been watching from afar over in England and I get so proud of those boys for how far they have come and their willingness to speak up about racism and other issues.

"There have been other players before, like Johnathan Thurston, who were prepared to do that and it means a lot to Indigenous people."

Thurston was the first Indigenous player to captain a premiership-winning team for a decade, and just the third since Arthur Beetson in 1975, when he led North Queensland to victory in the 2015 grand final.

Scott Prince had achieved the feat with Wests Tigers against Thurston’s Cowboys in 2005.

“Our Indigenous players have been at the forefront of the acceptance of our Indigenous peoples and I think that speaks volumes for who we are as a sport and what we stand for,” deWeerd said.

“The All Stars game shows what can be achieved when provided with an opportunity.

“All Stars talks about success and it talks about these amazing athletes who, by being given the chance to play rugby league, have been able to demonstrate and prove that they are equal to anyone else.

“Outside of sport, most indigenous people aren't afforded that luxury. It isn't a level playing field but through sport, in most cases, you get that - and we've got to try to emulate that more broadly.

“That’s where the point of difference for us with the Indigenous round is. This is our chance to really highlight some of those things that we do well off the field, and why we do it.” 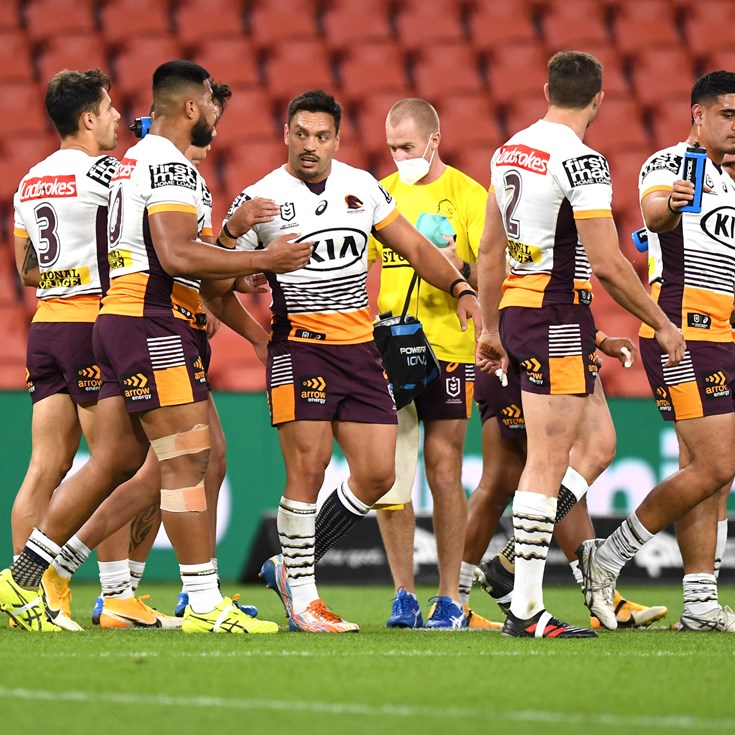 Presented By Clubs NSW 1 week ago