Despite possible Origin jerseys being on the line, Blues hopefuls Cam Murray and Cody Walker want to return the Bunnies to the winners' circle against the Eels this week for club reasons above representative ones.

Walker played all three Origins last year and scored a try in the huge game-two win and remains hopeful of being involved this year but is more concerned about the Rabbitohs' form.

Murray, meanwhile, is close to an automatic selection at lock or on the bench if fit but hasn't played since injuring his ankle in round eight.

While Murray has been sidelined, Walker has been on the field for the club's two huge losses against Penrith and Melbourne in recent weeks, which he described as embarrassing and not up to the standards the club sets for itself.

"That (Origin) is probably the last thing on my mind at the moment," Walker said.

"I really want to go out there and play well for the Rabbitohs and see what happens.

"It's not ideal that the team's not playing the way we know we're capable of. Origin's probably not on my mind at the moment and that's no disrespect to Origin, that's just the way it is."

Murray admitted his early return was timely when it came to Blues selection but even more so after the club's recent dip in form.

"I've done everything I needed to do to get back on the park so I'm excited about this weekend," Murray said.

Round 12 - Fifita among host of stars back for Indigenous Round

"I didn't really set myself a time, I just wanted to do everything I could to get back as fast as possible. I've done that and luckily enough I've returned a week or two before what was expected.

"Origin hasn't really been at the forefront of my mind these last couple of weeks. I've just wanted to get out there as soon as I can and do my bit for South Sydney.

"I guess it's good timing I've given myself one game to give myself every opportunity to get selected for Origin but at the forefront of my mind over these last couple of weeks has been getting my body right for South Sydney."

It had been very tough to watch the team's recent struggles from the sidelines, he added.

"It gives me that added incentive to get back as soon as possible," he said.

"It's been a pretty difficult couple of weeks watching from the sidelines and obviously difficult for the boys that are playing.

"I get an opportunity to get out there and put my best foot forward and see if I can make a difference.

"It's been a difficult couple of weeks to swallow what's happened out there." 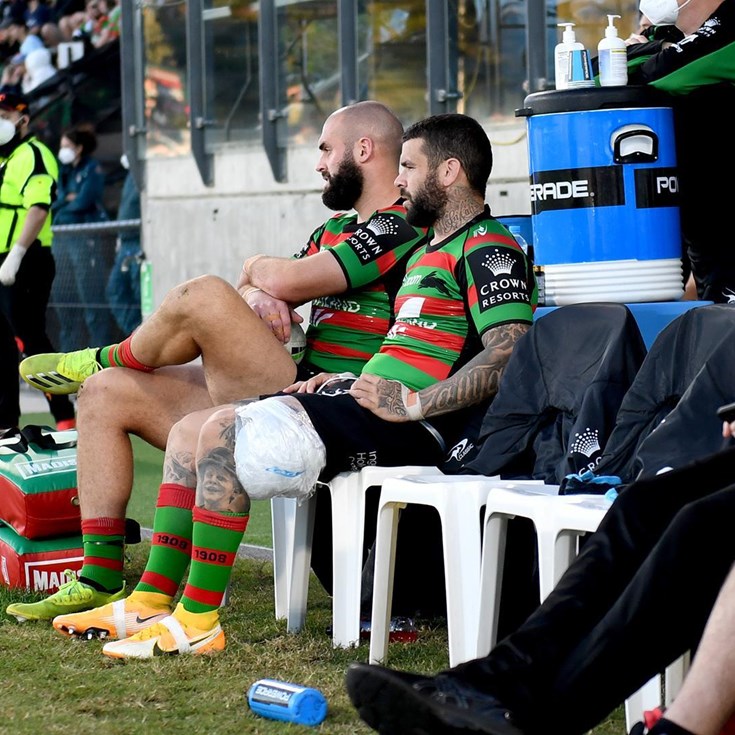